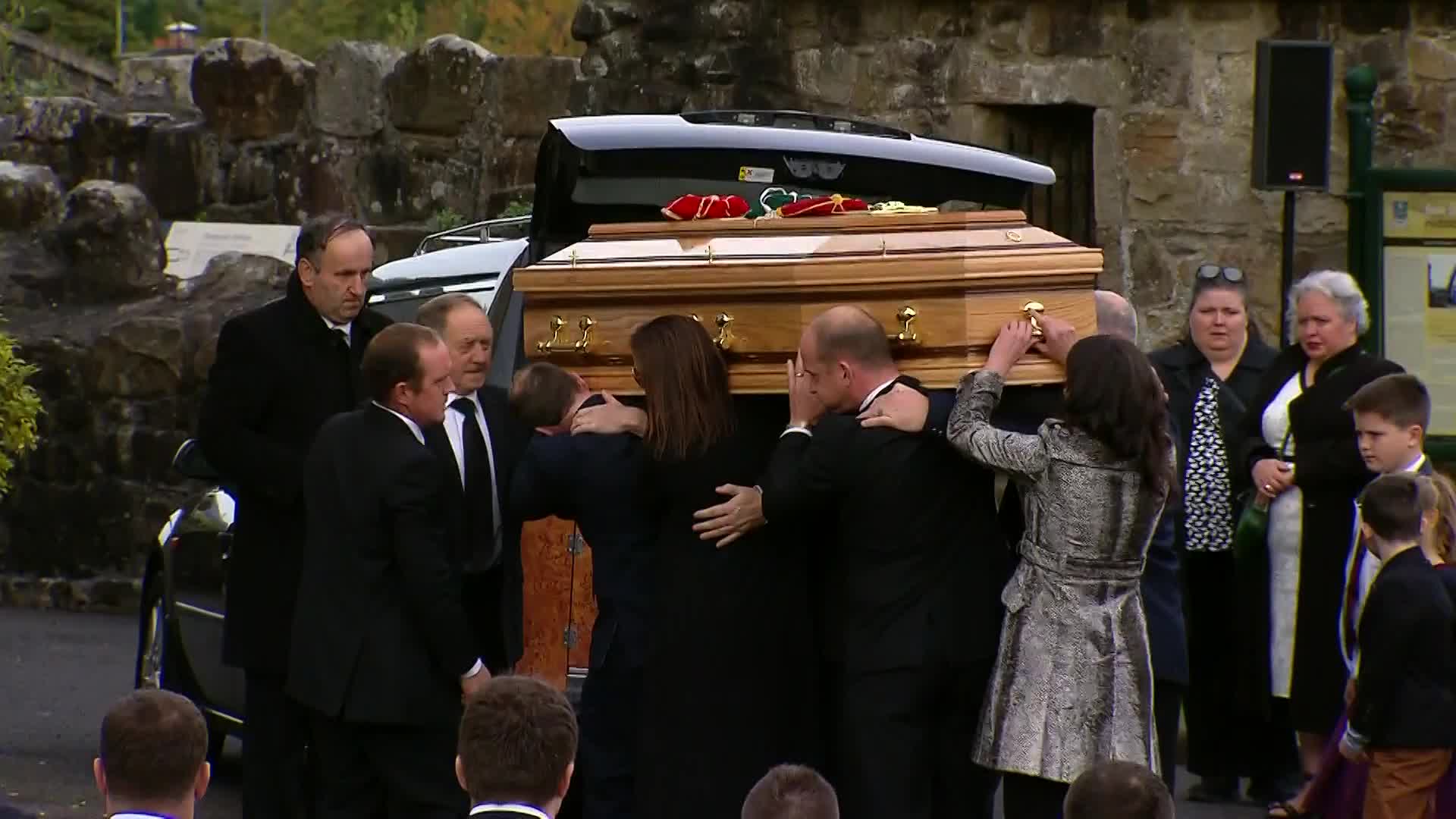 Foley died suddenly in his hotel room in Paris last Sunday as a result of a heart condition.

Parish priest Fr Pat Malone told the congregation Foley’s wife Olive and sons Tony and Daniel meant everything to him.

“It is fitting that we celebrate with dignity the life and achievements of a man who lived life with great dignity and personal and professional integrity. There have been many beautiful and moving tributes paid to Anthony from so many people over the past week and I am certain that many more will come in the time ahead.

“My first, and I believe my longest lasting memory of Anthony, is and will be as a family man. His family meant all to him.

“Olive, you were his true love, and how good you were together. One could sense the strength of your relationship, the warmth of your love for each other, and the ways you supported each other through the easy as well as the difficult moments of life. You complimented each other so well, ying and yang in perfect balance with each other.

“As parents together, ye were second to none. My memories of Anthony as loving, caring, and interested dad, revolve around the magical family moments in the garden. Anthony pucking a sliotar with his kids, kicking a football, swinging a golf club and erecting a trampoline…

“These happy, cherished moments will hopefully in time offer many moments of pleasure to Tony and Dan.

“Anthony ‘Axel’ Foley made many a mark in his 42 years of life. Just look around and see the indelible, affirming marks he left on his family, friends, colleagues, sports fans, this to local community, rugby wherever it is spoken of – to name but a few.

“Olive may the benchmark of his live be the ray of light that dispels the incomprehensible darkness you speak of in the family statement, a darkness that we must work work our way through over the coming days, weeks and years.”

The funeral mass was held at St Flannan’s Church, with burial afterwards in Relig Lua.

Olive Foley paid an emotional tribute to her “soulmate” with whom she had spent “17 wonderful years” of marriage.

She drew laughter from the packed church many times, describing life with Anthony and their children. Foley, who wasn’t known as a talker, would “ring and ring and ring” Olive everyday, and when she would answer “he’d say nothing, sure”.

“I never rang him back because I knew he’d be ringing me again,” she quipped.

In one of several poignant moments during her emotional tribute, Olive described her last conversation with Anthony, just hours before he died.

“We chatted about the lads and how they were getting on in the athletics, and how Tony was faring in the javelin.

“It was a lovely conversation… I didn’t know it would be our last.”

Olive said the last two years of her husband’s life were “very stressful”.

She thanked their friends and family, and those who organised the funeral which “enabled us to focus on what was important, and spend time with Anthony”.

“I’m handing Anthony over to god now…We’ll take it one day at a time,” she said, breaking down in tears to a loud applause.

At noon, several radio stations played The Fields of Athenry as a mark of respect for Foley.

Thousands of people lined the streets of Killaloe yesterday as they waited in line to view Foley’s coffin.

Full Story from The Journal 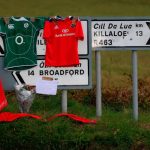 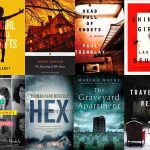