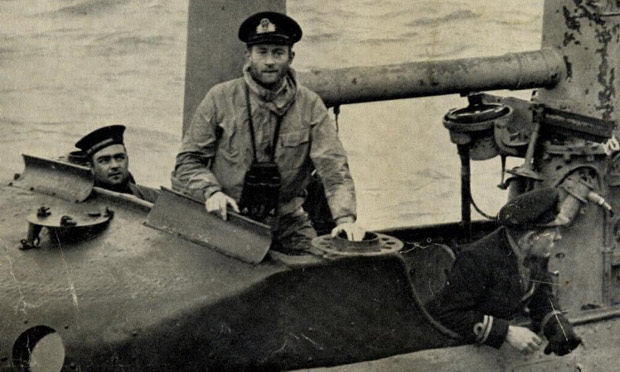 Commander Bill King of Oranmore Castle, who died in 2012 at the age of 102, crammed an incredible amount of adventure and achievement into a long and colourful life. A distinguished submarine commander who was instrumental in several critically important Allied naval successes in World War II, he was also an accomplished sailor, organic farmer and celebrated writer who recounted his wartime experiences and later sailing adventures in two autobiographical volumes, The Stick and the Stars (1958), and Adventure in Depth (1975).

Born in Hampshire on June 23, 1910, he was the grandson of William King, who had served as Chair of Mineralogy and Geology at Queen’s College, Galway (now NUI Galway). His father, William Albert de Courcy King, was himself a highly-decorated military officer who had been awarded the Distinguished Service Order (DSO), and was killed in action on the Western Front in 1917 at the height of the First World War and buried at Dranoutre Military Cemetery in Belgium.

After his father’s untimely death, the young Bill was primarily brought up by his mother, Georgina Marie MacKenzie, and his maternal grandmother. He later attended the Royal Naval College in Dartmouth from the age of 12, where he was a noted boxer and cross-country runner.

His naval career took off in the late 1920’s when he served aboard the new British battleship, Nelson. Shortly afterwards he volunteered for service aboard the submarine Orpheus, part of the naval formation known as China Station, off the South-East Asian coast. Later he served on the Starfish during the Abyssinian crisis of the mid 1930’s, and by 1936 he had risen to the rank of second-in-command of the Narwhal.

He was to accept his first command post, aboard the navy submarine Snapper, in the fateful year of 1939, just as Europe braced itself for war. Service aboard a submarine during World War II was fraught with extreme danger and trepidation. German U-Boat patrols presented a constant menace, resulting in the sinking of three out of four Allied submarines at the height of the naval conflict.

For King, the six years of combat during World War II were a claustrophobic and nerve-shredding experience. As he would eventually put it in his memoirs, his world became dominated “by the chart table, the periscope and the bridge, hardly daring to sleep…. a most disagreeable place, smelling of diesel oil, chlorine and unwashed bodies”.

King scored a number of spectacular successes during his command of the Snapper, including the sinking of six enemy ships in the space of less than a year. However, he and his crew almost met with disaster before even gaining the opportunity to engage the enemy. In 1939, an RAF bomb dropped dangerously close to the Snapper just off the coast of Essex, the first of several extraordinary near-misses in King’s eventful life.

The following year, in the Kattegat near the Jutland peninsula in Denmark, King sunk the German tanker Moonsund, and later off Southern Norway he torpedoed the merchant ship Florida as well as the minesweepers Jan Behrens and Carsten Janssen and the armed trawlers Portland and Cygnus. During this period he also ran the boat aground off the Dutch coast but managed to refloat her without damage. The customary inquiry did not lead to a cour t martial but instead to an invitation to drinks with the First Lord of the Admiralty, Winston Churchill, not long before he became prime minister.

For his achievements during this first remarkable flush of success, he emulated his late father when he was awarded the DSO for “daring, endurance and resource in the conduct of hazardous and successful operations against the enemy”, in addition to a later DSC for “bravery and determination during arduous and successful patrols” on board the submarines, Trusty and Telemachus.

King’s command of the Trusty was to prove a disappointing chapter in the commander’s career, as difficulties with the new vessel frustrated him at every turn. Successes such as those he enjoyed while in command of the Snapper were few and far between. However, he did play an important part in Operation Halberd, the resupply of Malta, and conducted three war patrols from the island as part of the “Fighting Tenth” submarine squadron based at the island.

On 26 December 1941, King was sent to the Indian Ocean to help stem the advance of the Japanese fleet. In Singapore he was bombed while supposedly in a safe anchorage, and he found the admiral depressed about the state of the island’s defences. Without any clear orders, he carried out two fruitless patrols in the South China Sea, and after the fall of Singapore entered Surabaya for repairs to a potentially fatal oil leak which was betraying his presence to enemy ships and aircraft. Later in 1942, however, he sank the 7,000-ton transport Toyohashi Maru and the troop carrier Columbia Maru.

King was promoted to commander in June 1943 and might have expected a staff or squadron appointment. Instead, in January 1944, he took command of the new submarine Telemachus, which then deployed to the Far East. On July 17, on his first war patrol, King surprised the Japanese Kadai-class submarine I-166 in the Strait of Malacca on July 17, 1944 , sinking it with a salvo of six torpedoes. The Japanese sub met its demise with the loss of 89 lives. Compared to “Trusty’s dreary record,” he wrote, “my green crew tasted success early and I felt the confidence rise in them. They looked at Telemachus with new eyes – the damn thing worked!” For his outstanding courage, skill and determination King was awarded a bar to his DSO.

Sixty years later, in 2004, Akira Tsurukame, whose father died on I-166, and Katja Boonstra-Blom, whose father was killed when the I-166 sank the Dutch submarine K XVI, met with Bill King at Oranmore Castle. Together, they planted a tree in the grounds to honour the fathers of Mr Tsurukame and Ms Boonstra-Blom. In 1949, Bill King married Anita Theodosia Mouira Leslie, and together they bought the 12th century Oranmore Castle in County Galway, along with 150 acres of bog and rock which King reclaimed and eventually converted into an organic farm. Anita, who died in 1984 aged 70, was a distant relative of Winston Churchill who gave distinguished service during the war as an ambulance driver in the French army.

General Charles de Gaulle presented her with the Croix de Guerre after hostilities had ceased. She became a writer after the war and under the name Anita Leslie wrote more than a dozen books including a biography of Francis, (later Sir Francis) Chichester — the first man to sail around the world singlehandedly with only one stop. Anita was a devoted companion to Bill, supporting him tirelessly through all his endeavours, and he would later refer to his decision to marry her as “the smartest damn thing I ever did in my life”.

In 2010, just a few months short of celebrating his centenary, Bill was presented with the Fastnet Trophy, awarded “for a lifetime of outstanding achievement” by the Irish Cruising Club. Earlier in his life, Bill was awarded the Blue Water Medal by the Cruising Club of America for becoming the first Irish sailor to circumnavigate the globe single handedly. He had achieved this remarkable feat aboard his yacht, Galway Blazer II. Alongside his cherished wife Anita, the Galway Blazer II was the great love of his life, and pictures of the yacht adorned the walls of his Oranmore Castle home.

Re-acquainting himself with yachting after the war was to prove extremely therapeutic, helping to heal the psychological scars of those long war time years in the claustrophobic confines of submarines. “She was a wonderful craft – we worked well for each other”, he remembered. “It took me quite some time to settle back to normal life after the war, and an old admiral friend suggested sailing as the best therapy. Must admit that I thought it a rather bonkers suggestion after having spent so much time in subs, but damn me if he wasn’t right”, he said. He described his round the world odyssey as “a lonely venture intended to unwind the springs of tension which had never quite been eased out of my deepest being since submarine days”.

“The boat pretty much looked after herself ”, he would recall of that epic jouney with typical self-deprecation. “I read the New Testament from cover to cover, then the Koran, and after that Zen’s Light of Asia. I could have been a professor of comparative religion by the time I got home to Galway. Sad to say I was none the wiser on the mysteries of life after it all”. In total, Bill made three attempts at a solo circumnavigation of the globe. That first attempt in 1968 ended prematurely when his craft was buffeted by extreme stormforce winds while rounding the Cape of Good Hope.

The boat was dismasted and Bill was eventually rescued and brought ashore at Capetown. His second attempt in 1970 was more successful, but he fell victim to ill-health near Australia and reluctantly aborted his mission to receive medical treatment in Perth, Western Australia. However, his dogged perseverance paid off and in 1973 he finally achieved the ambition of his lifetime when he sailed into Plymouth having completed a dramatic and incident-filled circumnavigation. At one point on his journey, 400 miles south-west of Fremantle, Australia, his craft was badly damaged after a collision with a giant shark.

The hull had been penetrated and was taking on water, and King had to work tenaciously to repair the damage before it sank his craft. Having patched up the hole with an improvised combination of sheet copper, tape, sponge rubber and ropes, King was eventually able to continue on his journey. During his successful circumnavigation, under the Irish tricolor, he had rounded the Cape of Good Hope; Cape Leeuwin, Western Australia; South-East Cape in Tasmania; the South-West Cape, Stewart Island, New Zealand; and the Horn.

Bill spent much of the latter half of his life working alongside his wife on their organic farm in the grounds of Oranmore Castle. His first autobiography, The Stick and the Stars (1958), dealt primarily with his years as a naval commander, while his second volume, Adventure in Depth (1975), recounted his exploits as a yachtsman. He is survived by his children, a son and daughter. A family notice published on the Friday after his death simply read: “Commander Bill DSO, DSC submariner and yachtsman set off on a new voyage on September 21, 2012, aged 102 years.” 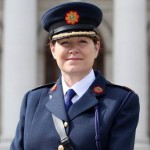 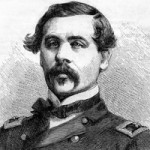