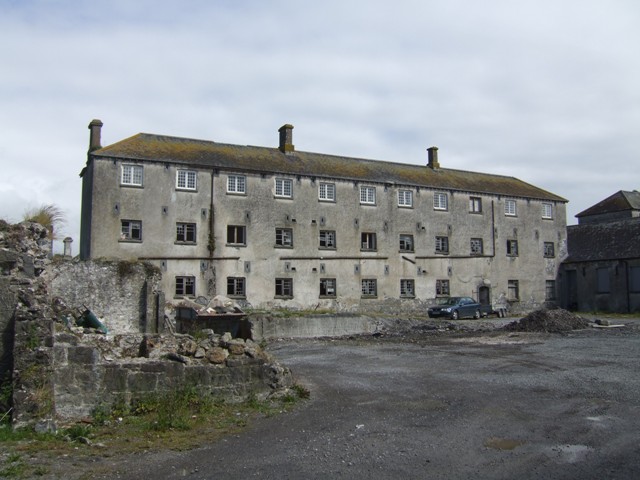 1. Why was it called a Workhouse?

A “House of Industry” for the employment and maintenance of the poor was a 17th-century English concept. The able-bodied were expected to work and could be imprisoned for refusing to do so.  First introduced to Ireland in 1703, it was also known here as the poorhouse or Poor House. The Irish for workhouse is Teach na mBocht (lit. the House of the Poor).

2. Where is Ireland’s oldest Workhouse building?

The construction of Ireland’s first house of industry began in 1703 in the parish of St James, Dublin (on the site now known as St. James’ Hospital). The only 18th-century buildings still extant today are the former master’s house and adjoining linen factory (now The Haughton Institute).  To put this in context, the Guinness Brewery nearby was not established until 1759. Both Johnathan Swift and Arthur Guinness were board members when this workhouse was renamed the Foundling Hospital and Workhouse of Dublin City (1727). By the time it was renamed the South Dublin Union(1839) it was Ireland’s largest workhouse. The 18th century saw a workhouse established in most cities across Ireland: Cork (in 1735), Belfast (in 1752), Dublin North (in 1772), Limerick (in 1774), Ennis (in 1775), Waterford (in 1779) and so on. Compared to England or Wales, such houses of industry were far less prevalent in Ireland however.

3. Who was the Workhouse for?

It was intended as a place of asylum for the most destitute and poverty-stricken. The class of “inmate” or pauper accepted by the workhouse extended over time, with additional departments being added to include the aged & infirm, orphans, foundlings and abandoned children (that could be apprenticed out; e.g. Dickens’ Oliver Twist) and indigent men. It was also used as a place of punishment for sturdy beggars (able-bodied but unwilling to work), disorderly women and vagabonds/vagrants. (See: Workhouse Rules).

4. Why was the Workhouse dreaded in Ireland?

Workhouses were institutions of intense cruelty and shocking malpractice long before the Victorian era. For example, in 1797, it was discovered that the surgeon in the Foundling Hospital and Workhouse of Dublin had been systematically poisoning children. When sent to the infirmary (to die) they were stripped, cramped together in cradles “crawling with vermin”, and covered with filthy blankets that were only fit for the dump.

Even the “new” Victorian workhouses introduced by the Poor Law in the mid-19th-century were designed as a place of last resort. To discourage overcrowding, workhouse conditions had to be perceived as inferior to what was available outside.  Upon entering the workhouse, families were segregated (children separated from adults and to female / male-only units) unlikely to ever see each other again. Whatever grim reputation the English workhouses had, conditions were even worse in Ireland.

See why the workhouses were so feared below:

5. Who decided the new Poor Law Workhouse system was good for Ireland?

When all decisions transferred to the British Parliament in London (by way of the Act of Union in 1800) it was estimated that 2.3 million people in Ireland were living on the verge of starvation.   The causes of poverty in Ireland and its extent were different from England and required an alternative remedy to their Poor Law system. Still, London sent George Nicholls to Ireland to put it in place regardless. Daniel O’Connell condemned this move saying Nicholls “calculated everything and was accurate in nothing”. Nicholls’ plan to apply the English model was doomed to fail.

7. How could so many die in the Workhouse during the Famine?

During the Great Irish Famine, most of those arriving at the workhouse gates were already at death’s door. Starving and sick with the fever, many died at the gate before admission or very soon afterwards. Packed beyond capacity, disease spread out of control and even the most healthy succumbed and died (including doctors and other members of staff).

8. When did the workhouses close?

The Victorian workhouse system established in 1838, continued in Ireland until 1920 (when they were closed by the Irish Free State) and in Northern Ireland until 1945. Some were turned into district hospitals while others fell derelict and were destroyed. To find out if any workhouse buildings survived in your ancestral county and where CLICK HERE. 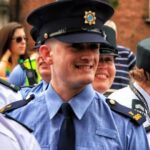 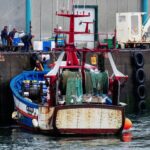