Farm in Tipperary One of Few Apple Orchards in Ireland 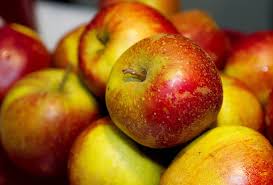 Five million apples per year- that’s how many apples Con Traas’s 60 acre farm, located at Moorestown near Cahir in South Tipperary, produces. The farm has over 40,000 trees that individually produce anywhere from 100-125 apples yearly, making it one of the biggest apple farms in Ireland. They grow over 15 types of apples, as well as a number of other fruits, that they also make into ciders and juices. The products primarily go to various bakeries and customers who frequent the local farm store. Con Traas’s farm also employs over 20 people, mainly from Poland and the Czech Republic, who have decided to settle in the area and build a life near the farm.

There are few who associate Ireland with the production of apples; most of the countries apples are imported from other places like France. In fact, Ireland spends over €100 million annually on their importation even though they can be grown from the land.  In total, Ireland only has 1,500 acres of orchards which may seem like a lot until it is compared to the 3,500 acres in Northern Ireland.

Farmers like Con Traas are working to change this perception and see no reason why more towns could not have highly successful orchards; he commented that “There should be farms like ours near every town that has a population large enough to support it… We’re doing this near Clonmel; there should be someone else with a similar set-up near Kilkenny, someone else near Limerick and Waterford, all growing apples, plums and other fruit for regular customers that come to buy locally, rather than from the supermarket. I’m delighted that Gilbert’s Orchard in Carlow have now opened a farm shop with this in mind.”

David Llewellyn, another successful orchard farmer, also acknowledges the logical reasons why apples are primarily imported though he also wishes to encourage farmers who are considering growing apples and explaining the benefits. He stated “there is good reason why Ireland currently imports apples…They are cheaper to produce in warmer countries, and the huge scale allows multiples here to get whatever variety and size they want. That said, two centuries ago Ireland’s orchard acreage was many times greater than what it is today and it stands to reason that the country would benefit from more well-trained, knowledgeable growers, located in the right soil and climate combinations, near to markets producing local fruit. People buy apples from me mostly because they are fed up with the bland, tasteless imports in the shops. And there is no reason why my model couldn’t be repeated nationwide.” 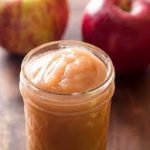 Easy Ways to Incorporate Apples into Your Daily Diet 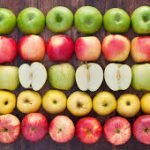 The Medical Benefits of Apples