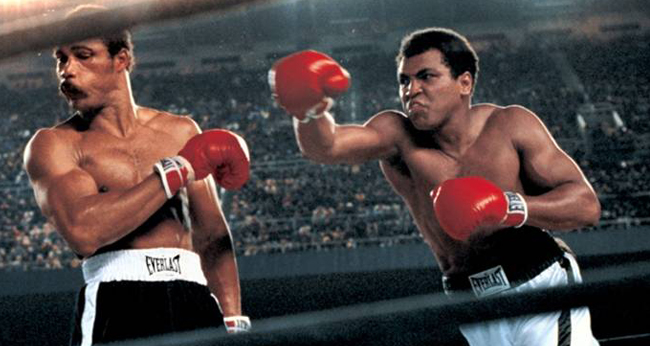 The boxing world recently mourned the loss of the former Heavyweight Champion of the world Ken Norton who passed away on September 18th at the age of 70 in Las Vegas after a long illness. His death was confirmed by his son Ken Jr. who is an assistant coach with the Seattle Seahawks of the N.F.L. and a pro linebacker for 13 seasons. Norton had reportedly been in poor health for the last several years after sustaining a series of strokes. Norton was born in 1943 in Jacksonville, Illinois, and was an outstanding high school athlete in football, basketball and athletics. He was an integral member of the state championship football team and was selected to the all-state team on defense as a high school senior in 1960. His track coach entered him in eight events, and Norton placed first in all of them. As a result, the “Ken Norton Rule”, which limits participation of an athlete to a maximum of three track and field events, was instituted in Illinois high school sports.

After graduating from high school, Norton went to Northeast Missouri State University on a football scholarship and studied elementary education. It was when Norton joined the Marines that he found boxing, where he won 24 of 26 amateur bouts. He turned professional in 1967, just at the height of boxing’s acknowledged golden age and he unquestionably contributed a great deal to its splendour. The former heavyweight boxer will no doubt be best remembered by fans of the sport for his three epic encounters with Muhammad Ali, where Norton famously broke Ali’s jaw. Norton is the only heavyweight champion never to win the title in the ring, and boxing fans still talk about the bruising battle he waged with Larry Holmes for the title in 1978.

But it was his first fight with Ali that made the former Marine a world renowned name and the two fights that followed that were his real legacy. Few gave Norton, who unlike many undisciplined American heavyweights in the 60’s and 70’s was a gym sculpted and toned athlete, much of a chance against Ali in their first meeting which was held at the Sports Arena in San Diego, where Norton lived. But his awkward style and close-in pressing tactics confused Ali, who fought in pain after Norton famously broke his jaw sending him to the hospital.

Muhammad Ali famously entered the ring in the Sports Arena that night sporting a white robe given to him by Elvis Presley. The robe was embroidered with the words “People’s Champion” and was weighed down with sparkling rhinestones. Ali left the arena that night with a grotesquely swollen jaw, the result of a devastating Norton left hook and never wore the robe again. Norton frustrated Ali in all three of their bouts, including their final bout at Yankee Stadium where he was sure he had beaten him once again.

However, Norton lost that fight for the heavyweight title. But he was destined to be forever linked to Ali for the 39 rounds they fought over three fights, with very little separating one man from the other inside the ring. He did fight another great heavyweight of the 1970s when he battled George Foreman for the title in 1974. At the peak of his powers, Foreman faced Norton in Caracas, Venezuela, and floored him three times before the stoppage came in the second round, enabling Foreman to dramatically retain the title he had won by defeating Frazier in 1973. In 1977, Norton knocked out the previously unbeaten Duane Bobick in the first round and defeated Jimmy Young in a 15-round split decision in a W.B.C. title elimination series to determine a number one contender for the heavyweight championship.

He therefore became the mandatory challenger for the winner of the coming fight between Muhammad Ali and Leon Spinks. Spinks defeated Ali for the championship but then shunned Norton for his first defense in favor of a rematch with Ali. This resulted in the W.B.C. stripping Leon Spinks of the heavyweight title and awarding it to Norton.

He went on to make his first defense of the W.B.C. title in 1978 against Larry Holmes and lost by a 15-round split decision in one of boxing’s most exciting fights. Holmes infamously had hurt his left bicep the week before the fight and had considered not participating in the fight. However, Holmes was fearful that if he pulled out of the bout, he would not get another shot at the title. Norton and Holmes battled each other evenly blow for blow for 14 rounds.

Then after the 15th round started, Norton caught Holmes with an uppercut that sent Holmes mouthpiece flying to the canvas. Holmes was visibly hurt and rattled by the powerful blow, but he recovered and then nearly knocked Norton out before the bell rang to end the fight.

Larry Holmes would go on to be recognised as the world No 1 until the mid-1980s, but unfortunately for Norton he was never the same fighter again. He managed five more professional fights in his career after losing the Heavyweight title to Holmes. His final fight came Nov. 5, 1981, when he was knocked out in the first round by Gerry Cooney at Madison Square Garden which led to him announcing his retirement from boxing.

In 1986, a car accident almost killed Norton. He suffered multiple injuries, including a fractured skull and a brain injury that left him with slurred speech. Before then, he had been working as a ringside commentator and had continued to act in films and on television. After a long period of declining health, including a succession of strokes and a heart attack, he moved into a care home in Las Vegas where he passed away in September. Ken Norton leaves behind a great legacy in the world of boxing. Tributes have been paid from George Foreman, Mike Tyson and Muhammad Ali to name a few since his passing.

The current state of the heavyweight boxing division is crying out for a boxer of Ken Norton’s skill and class, as the division has stagnated over the last ten years. The dominating Klitschko brothers have blown away all of their rivals in the division. Norton undoubtedly would have delivered them more grief than contenders who consistently have come up short over the past decade, and he would have been formidable opposition for everyone else in a depleted field of heavyweights. He will be remembered by boxing fans of that golden era as one of the all time greats of the heavyweight division. 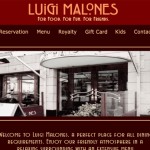 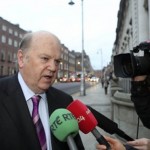 Pensioners Thrown Back in the Budget Firing Line