It was the fourth year of the event that saw another great turn out of over 120 people at the Great Northern Hotel Bundoran, the biggest attendance for the competition to date.

– Our First place winner Alice Lawton from Waterford gave us a wonderful Seán nos version of Slieve na Mban on the flute and received a five star hotel break.

– Our second place winner John Flaherty from Wicklow wowed us with his great rendition of The West’s Awake.

– Third place Ann Fenton from Bandon was a winner with her fabulous Irish dancing.

– Fourth prize Winner Kathleen Ryan from Monaghan Branch gave us a superb version of You Raise Me Up,receiving her prize from President Matt. 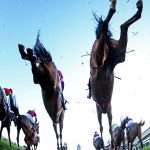 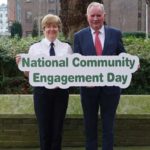