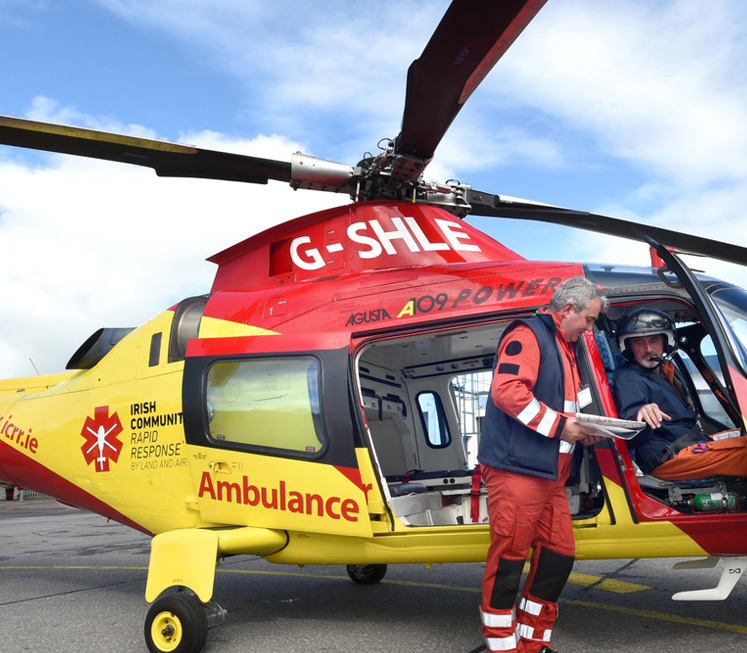 Ireland’s first Charity led Air Ambulance delivered 56 missions in its first month of service – and was today officially launched by An Tánaiste and Minister for Foreign Affairs and Trade Simon Coveney.

The new Air Ambulance is expected to perform 500 life-saving missions per annum and to be largely funded by public donations.

The Co. Cork based service is being led by Irish Community Rapid Response (ICRR) and delivered with the HSE National Ambulance Service (NAS) and the Department of Health.

The Helicopter Emergency Medical Service (HEMS) went live on Tuesday, July 30th. It has been tasked with 56 missions during its first month to August 30th. On its busiest day to date the service was tasked five times.

The National Ambulance Service tasks the HEMS through 112 / 999 calls to its National Emergency Operations Centre (NEOC).

Officially launching the service at its North Cork base today, An Tánaiste Simon Coveney commended the partnership approach which has been developed.

“This project involves Irish Community Rapid Response and the HSE’s National Ambulance Service coming together to save lives and serve the public good. I strongly commend this partnership approach and the State is fully committed to it. It will assist in saving lives by delivering rapid care to patients.”

ICRR, Founder and Volunteer John Kearney said today’s launch was the realisation of a dream and the charity called on the public to now support the project, as it is to be largely funded through public donations.

“The first month of service has shown with no doubt the real need for this service. Its use has exceeded expectations. It has been very rewarding to see it become a reality for people and families at their most critical hour of need. I am certain that lives have already been saved and that so many more will be.

“I want to acknowledge the essential contribution of our partners in the HSE National Ambulance Service and Department of Health. However, this is a community-based charity led service and it will need to raise €2m annually from the public to remain operational.

“ICRR will shortly be launching a major fundraising drive and will be calling on the public, on companies, on individuals and communities to support the Air Ambulance. Our thanks to so many for such generous support to date.”

The Director of the National Ambulance Service, Martin Dunne welcomed a successful first month of operations.

“This HEMS service compliments the existing service provided by the Athlone based aeromedical service and will contribute to further enhance emergency medical services in Ireland. We look forward to continuing to deliver a high-quality service for the benefit of all in the State.”

In the partnership which has been agreed the charity is funding the cost of the helicopter, the pilots, the fuel and the airbase near Millstreet in Co. Cork. The National Ambulance Service is resourcing the medical staffing and coordinating all the tasking of the craft through its aeromedical desk situated in the NEOC in Tallaght.

While Munster based it will be available for missions nationwide and work in tandem with the existing Athlone based Emergency Aeromedical Service.

The charity Air Ambulance brings the population of a 10,000 square mile area within 20 minutes of critical medical care.

Since 2008, ICRR has also developed a network of over 250 land based volunteer doctors and ten Rapid Response Vehicles(RRVs), across the country, to deliver critical medical interventions which prevent serious injury or death who are also dispatched to calls by the NEOC, within the National Ambulance Service. 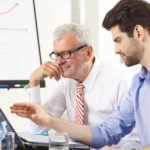 Why you should spend time with older colleagues outside of work 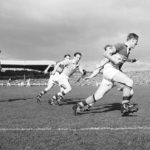