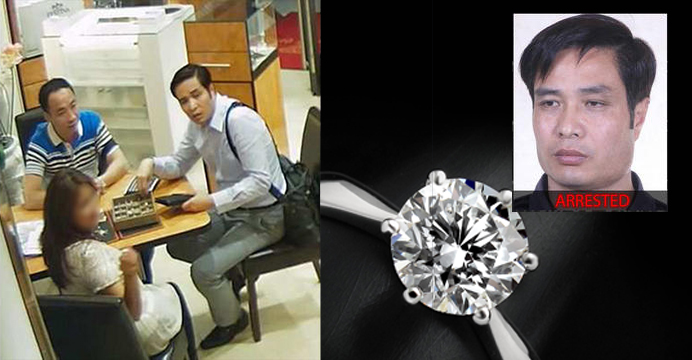 A Chinese national, a suspect in jewellery thefts around the world and the subject of an INTERPOL Red Notice, was arrested in Switzerland during another attempted robbery. Jianguo Meng, aged 46, is linked to a string of at least 14 robberies or attempted robberies since 2012, including in Austria, Bahrain, Belgium, France, Germany, Malaysia, Monaco, Switzerland and the UK.

In each case, two suspects entered the store and asked to be shown a selection of high-end diamond rings. When a number of rings were out on the counter or table, the suspects would distract the salesperson by asking for directions or a business card, and then steal one of the rings when the vendor turned away.

INTERPOL was first alerted to this modus operandi following two robberies in Paris and an attempted robbery in Lucerne, Switzerland in 2012, and coordinated the sharing of information among police internationally. In 2012 Meng was jailed for eight months in Monaco following an attempted theft, and was then transferred to France to serve his sentence in connection with the Paris incidents.

Following the theft of a diamond ring worth $ 1.5 million in november 2013, Bahrain requested an INTERPOL Red Notice, or international wanted persons alert, to be issued for Meng. In August 2014, INTERPOL issued a Purple notice alerting police in member countries to the particular modus operandi used by these criminals. In tandem, a complementary alert was circulated directly to jewellery stores worldwide via an internal network within the industry.

Meng and an accomplice were arrested in Zurich when a jewellery store employee recognized him from the industry alert and called police. He is awaiting extradition to Bahrain, to face charges in connection with the theft case linked to the Red Notice.

“This case clearly demonstrates how INTERPOL’s global network can assist police worldwide in sharing information about known criminals, to locate them and prevent them from carrying out further crimes,” said INTERPOL’s director of specialised Crime and analysis, Glyn Lewis.

“It also serves as an example of why police must collaborate with the private sector, as they can help spread our message to ensure the widest possible audience is alerted to criminals and potential criminal activity,” he added.

Through an analysis of the modus operandi and other similar cases, INTERPOL has identified at least two Chinese organised criminal groups carrying out high-end jewellery thefts in this manner and continues to work with member countries to investigate. 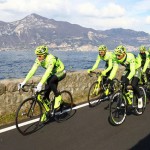 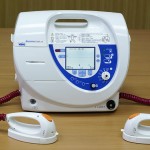