‘‘It’s a Long Way to Tipperary’: German POWs in Templemore 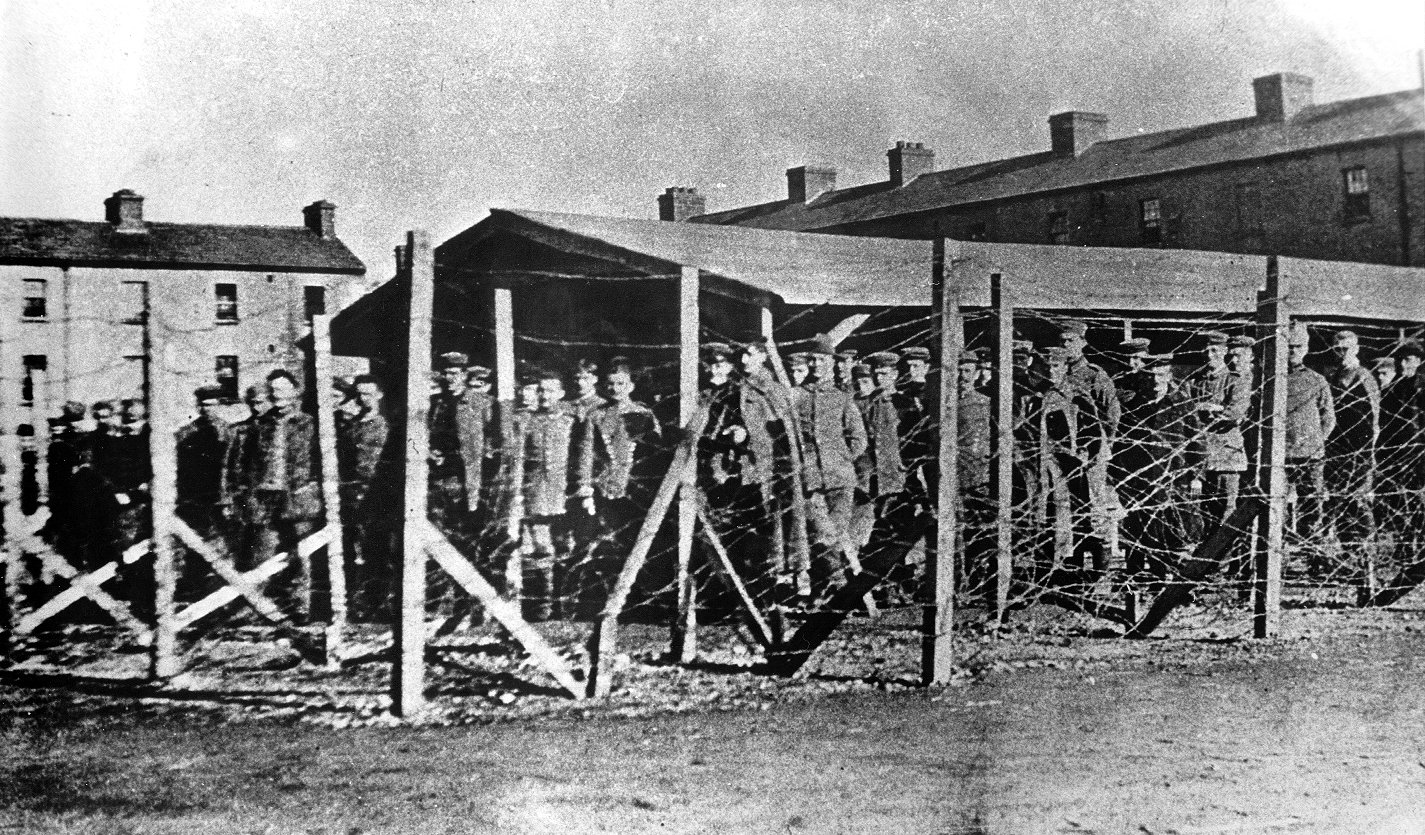 Before it was the Garda Síochána College, Richmond Barracks played host to 2,300 German prisoners of war detained between September 1914 and March 1915. When it came time to leave, the temporary guests didn’t want to.

Following the outbreak of the Great War in August 1914, the UK government interned “all Germans, Hungarians and Austrians of military age” throughout Britain and Ireland, and 300 civilians were briefly interned at Richmond. When the first batch of 400 military prisoners arrived on 10 September 1914, the civilian internees were moved to camps at Oldcastle, Co. Meath, and on the Isle of Wight. The arrival of the POWs in Templemore generated much interest both locally and nationally. The magazine of the Royal Irish Constabulary (RIC) commented that the POWs were received “with much cordiality by the townspeople”, who had long been campaigning to have the barracks reoccupied for the economic benefit of the town. The prisoners arrived in Ireland on specially chartered vessels, landing at the North Wall in Dublin. They were then taken under heavy guard by train to Templemore. On their arrival they were described as having a “very crestfallen appearance” and that “utter dejection seemed to have fallen upon them”. Up to 50 of the soldiers were suffering from serious injuries sustained in battle, and they were cared for in the military hospital at Richmond.

“Mastering the subtleties of the Bearla”

While marching to the barracks from the railway station, one prisoner was heard to ask a local publican to get him “a pint”, prompting a local newspaper to interpret this as a sign that the new arrivals “had mastered the subtleties of the Bearla”. Within two weeks over 2,300 prisoners had arrived in Richmond. The two large barrack squares were divided into four separate compounds. Each had high observation towers complete with machine-guns and searchlights. The entire camp was surrounded by barbed wire and patrolling sentries from the 3rd Leinster Regiment. The prisoners had been captured during battles in the early months of the war, including Aisne and Mons. There was also a detachment of the élite Uhlan cavalry and 14 sailors from the Koenign Luise minelayer, which had been sunk by the Royal Navy’s HMS Amphion on 15 August 1914, the first naval engagement of the war.

The prisoners included soldiers from the 35th Brandenburg Infantry, the 74th Hanoverian Regiment, the 211th Reserve Regiment, the 241st Reserve Regiment, the 4th Jaeger Regiment, the 212th Reserve Regiment and the 9th Regiment. A local newspaper commented that “the arrival of the prisoners is calculated to greatly re-enliven the town”. This proved to be the case, with many visitors coming to the barracks out of curiosity to see the POWs. Local businesses benefited from supplying the barracks, and one enterprising local shopkeeper, Mr Percy, set up a store in the barrack yard to supply the prisoners. In keeping with established POW conventions, the Germans were paid the relevant wage to which they were entitled while bearing arms for the Kaiser, according to their rank. Officers were allowed to have their own servants of private rank and were also permitted out of Richmond each day for a walk, but always under armed guard.

The POWs were kept busy maintaining the camp and barrack squares. Some of the soldiers were skilled tradesmen, and laid a parquet floor in the local convent. One soldier of the 35th Brandenburg regiment carved seventeen amusing verses commemorating his detention into the shoulder blade of a cow, ending with the comment “The English are very brave but nothing to be afraid of”. The captured soldiers and their guards soon settled into a comfortable routine and there were no reported escape attempts. The prisoners were well fed and accommodated, and one commented to a policeman that “it would take a good many bayonets to get us out of Templemore barracks!” The POWs referred to Richmond as ‘Turnhalle barracks’ in letters home to their families. Each day they were taken out of barracks for exercise, usually for a march to the nearby village of Barnane before returning to camp. Some of the soldiers were accomplished musicians and singers, and each Sunday the prisoners were marched to their respective churches in the town, where they played the organ and formed choirs. It was reported that about half of the prisoners were Catholics. As they marched to and from church, the POWs sang their national songs, and, appropriately in the circumstances, were often heard singing ‘It’s a long way to Tipperary’.

Two German prisoners died while detained in Templemore. Private A. Gierzweski died of diabetes in December 1914, and Private L. Spellerberg died of food poisoning in March 1915. Both were buried in Templemore cemeteries with full military honours provided by the Leinster Regiment, and ‘The Last Post’ was played as the coffins were lowered. In 1959 the remains of both soldiers were re-interred at the German Military Cemetery in Glencree, Co. Wicklow. As a mark of gratitude to local people for respectfully maintaining the graves over the years, the German War Graves Commission gave permission for both headstones to remain in the cemeteries where they had originally been laid. At Christmas 1914 it was reported that the ‘number of presents received from the Fatherland was almost beyond counting’. On Christmas Eve, local people came to the barracks to listen to the POWs singing Christmas carols in their native tongue. Despite the ongoing war, a warm and friendly relationship had developed between the prisoners and the local townspeople.

In March 1915, however, a decision was taken to move the prisoners to England. The official reason for the move – as reported in the RIC magazine – was that sanitary facilities in Templemore were not up to standard, and also that the barracks were now required as a training depot for Irish soldiers preparing for the front. A secret report compiled by the RIC Special Branch, however, revealed that Pierce McCann, a senior member of the Irish Volunteers from Tipperary, had “attempted to visit the POWs in Templemore” and had been involved in “the distribution of anti-recruiting and pro-German leaflets”. It was also reported that volunteers under McCann’s command had formulated a plan to attack Richmond barracks and liberate the prisoners. The RIC reported that McCann was “intimately acquainted with P. H. Pearse, the O’Rahilly, Thomas McDonagh, the Plunketts and other extremists”. Given the links that existed between Irish Republicans and the German government, it is credible that McCann’s attempt to visit the POWs was the real reason behind the decision to move the prisoners to England.

Not keen to leave 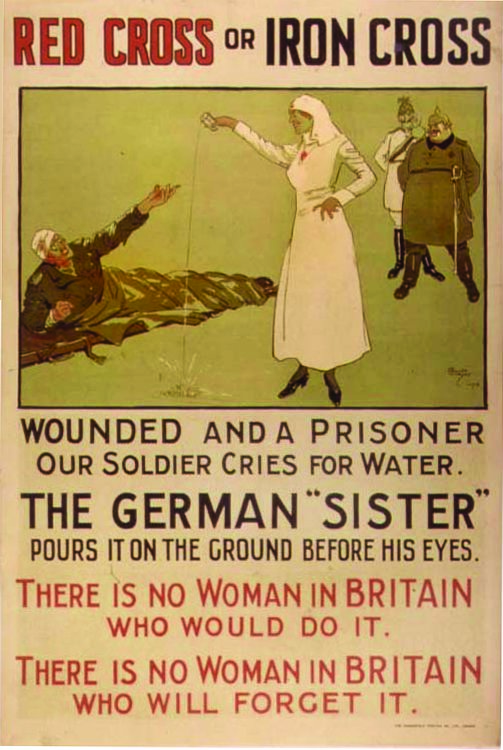 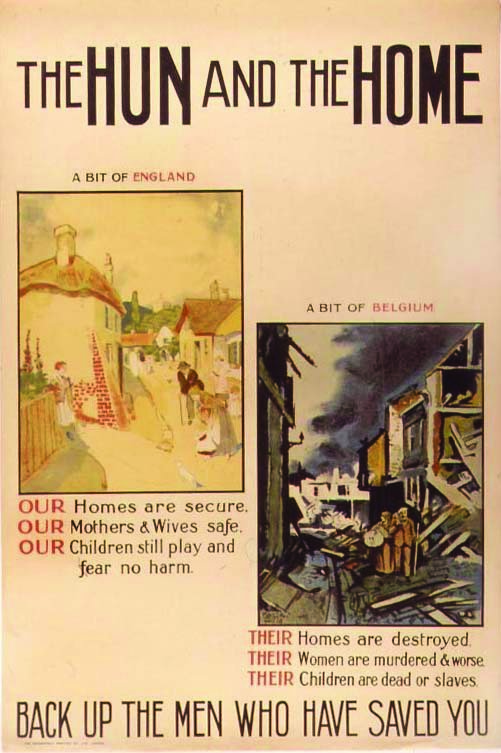 The POWs were not keen to leave Richmond, with the RIC magazine reporting that “many were the regrets uttered at the thoughts of being taken away from the comfortable quarters and the ‘Gudde nicey people’ of Templemore”. They were moved to the Lilford Mill camp at Leigh, Lancashire. Prior to their arrival, local newspapers began publishing virulent anti-German propaganda as part of a wider campaign to boost morale on the home front. “Spy fever” abounded in England, and it was alleged that German soldiers had been involved in atrocities in Belgium and France. Journalists were sent to report on the preparations for the prisoners’ departure from Templemore, which was described as “the quietest place on earth”. When the prisoners first arrived in Lancashire, they were depicted very negatively in local newspapers. One commented that “they had a villainous look about them which satisfies one of their being capable of committing every conceivable kind of atrocity”. Another stated that “we are sorry to think that for a couple of years the pure air of respectable Leigh will be tainted with the breath of these specimens of the scrapings of Hell”. Anti-German sentiment was very strong in the area, particularly after the sinking of the Lusitania off the coast of Ireland in May 1915. Consequently, the POWs had a difficult time during their detention in Leigh and were employed working in local coalmines under very harsh conditions. It was reported that several prisoners were shot dead during various attempts to escape in the years that followed.

After the POWs left Templemore, it became a huge training barracks for Munster Fusiliers and Leinsters destined for the trenches of the Western Front. Little evidence remains of the time spent by over 2,300 German prisoners in Richmond Barracks as “guests of the nation”.

Garda Sergeant John Reynolds is serving in the Garda Síochána College, Templemore, and established its museum in 2002. 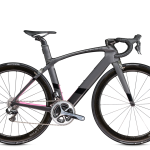 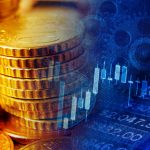 How to Make Your Money Grow, Grow and Grow in 2017