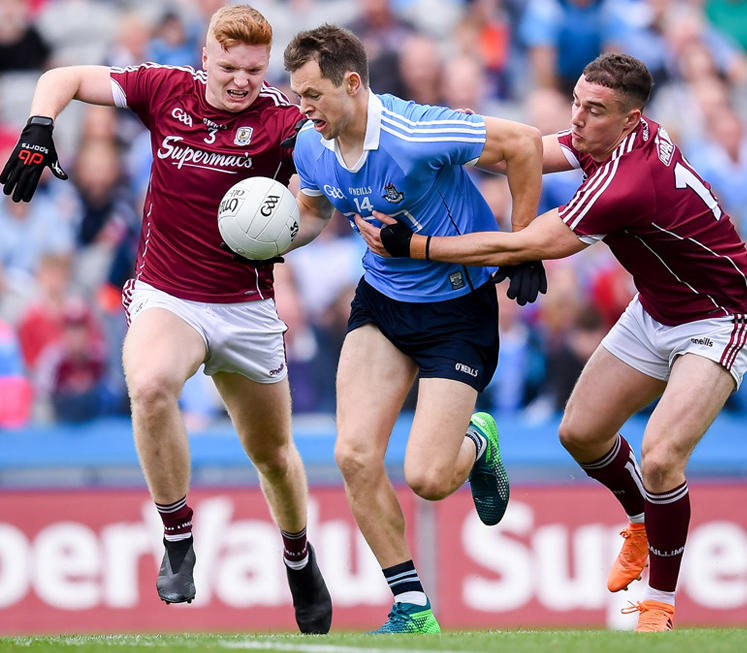 Dublin keep regenerating like a city in boomtime. Block by block, hood by hood, Jim Gavin and his backroom team are constantly refreshing and recycling, laying down work that will live on after they’re gone. Watching them squish Galway like grapes between their toes on Saturday night, it was close to impossible to imagine where their next defeat might come from, this year or in any other.

Sport tells us of the nonsense attached to such a thought, of course. It sighs and rolls its eyes and wearily informs us that everything is cyclical, that time and tides wash even the greatest teams away eventually. And maybe that’s as true now as it ever was – we’ll all know more as the years inform us. What we can say for now is that it didn’t feel that way as the 54,716 crowd watched down from the stands on Saturday.

This was Gavin’s Dublin at their forensic, unforgiving best. They took 12 shots in the first half and scored with 10 of them. That level of efficiency ebbed a touch when the game was won, leaving them with a second-half return of 15 scores from 24 shots. To put that another way, when they allowed themselves to cut loose, their standards dropped and they still scored 15 points in a half of football.

They ended up with 1-24 on the board. Would any of them demand a presence in an end-of-season montage? Maybe Paul Mannion’s third one, a towering beauty off his left foot from under the Hogan Stand early in the second half. It pushed Dublin three ahead and, from there to the end, their lead only widened as they cantered away with it.

But when the game was still a game, Dublin played like there was a script editor standing in the wings staring daggers at any deviation from what was on the page. They lived and died by the creation of can’t-miss chances. They never coloured outside the lines, never once.

Of the 1-9 they had on the board by half time, three were Dean Rock frees, and only Ciarán Kilkenny’s first point – the killer score after Eamonn Brannigan’s missed penalty at the other end – came from outside the D. In an era of massed-defence football, scoring 1-5 from inside the D when nothing else will do is perfection.

“The culture and environment that the guys have created for themselves is all about the team,” said Jim Gavin afterwards. “They are but the sum of their parts, and I know when we resume training next week they’ll do their best for Dublin.”

The sum of those parts, when stitched together like this, is a total beyond the calculations of everyone else. This is Gavin’s genius. It’s one thing having the manpower, it’s another to put it to its best use.

Dean Rock missed two frees and a 45 here at the start of the second half and was gone by the 56th minute. Cormac Costello took over the frees, nailing one with his right foot from the wrong side, scoring two more from play and setting up another. Costello made his debut in the 2014 championship and has rarely been a trusted starter, yet still Gavin has him coming in from the margins in big games and making his contribution.

But above all, Dublin’s greatest feat is hiding in plain sight. Year after year, Gavin has managed to keep them winning without them getting older together. The average age of the starting team that beat Tyrone in last year’s semi-final was 26.26. Roll the calendar on by 12 months and the average age of the starting 15 on Saturday night was 26.2. Out went Mick Fitzsimons and Paddy Andrews; in came Eoin Murchan and Brian Howard. Everybody else got a year older but the team as a whole got younger.
Average age

Go back even further, to the starting 15 for the first All-Ireland final in this run. The average age that day against Kerry was 26.7 – and yet, here they are, on the cusp of four-in-a-row, with the average age down by half a year. From that 2015 team, they’ve shed Rory O’Carroll, Denis Bastick and Diarmuid Connolly and reduced the roles played by Andrews, Paul Flynn and Bernard Brogan. And become more dominant along the way.

Whatever else Gavin has achieved, putting a lie to the notion of this being a golden generation of irreplaceable players has to be near the top of the list. Sport may well have its way and Dublin may indeed not become the permanent empire the rest of the sport lives in fear of.

But the least that can be said without argument is that they’re going the right way about it.
Full Story from The Irish Times 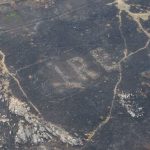 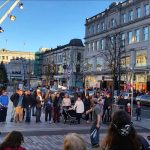 Condé Nast Names Cork As One Of World’s Friendliest Cities