Life and Death Under Irish Waters: Tosh Lavery on his career with the Garda Sub-Aqua Unit 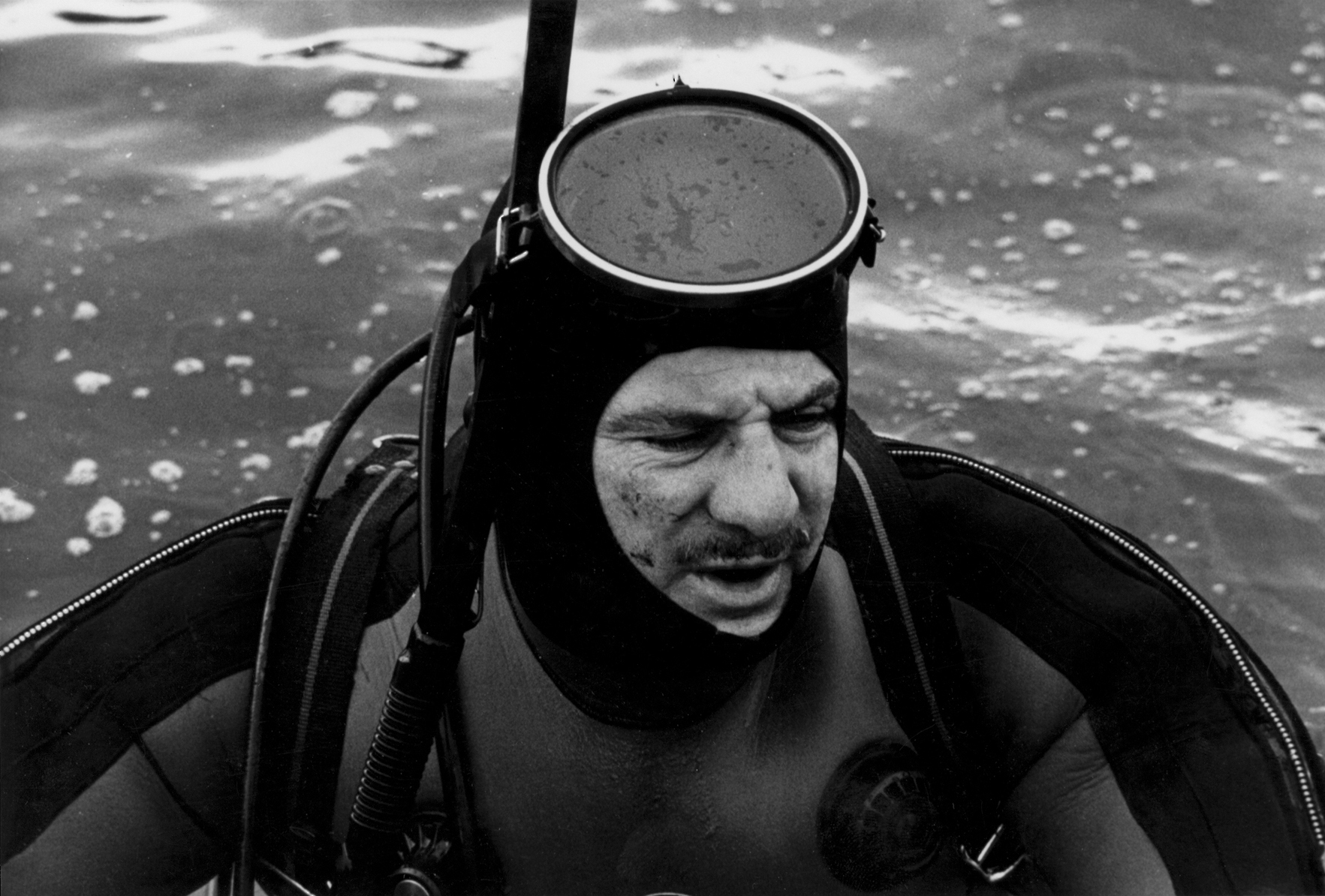 Published this month by Penguin Ireland, Tosh Lavery’s memoir Tosh: An Amazing True Life Story of Life, Death, and Drama in the Garda Sub-Aqua Unit is a compelling, hair-raising, and informative account of thirty years doing some of the most demanding and unsettling police work imaginable: diving in all-weather conditions to search for the bodies of missing persons, suicides, and victims of maritime disasters, and then bringing the news and attempting to provide some consolation to the families left on the shore. A no-holds barred reminisce, Tosh’s book highlights the intense difficulties and rewards of pioneering an Irish police diving unit, as well as reflecting on the long-term consequences of the culture of heavy-drinking which was endemic in Ireland in 70s and 80s.

Now called the Water Support Unit, the Garda Sub-Aqua Unit didn’t come into existence until the mid 70s, when crucial evidence had been thrown overboard from an IRA arms-smuggling vessel, and political pressure for a Garda diving unit became overwhelming. Tosh Lavery was there from the very beginning. A young Waterford recruit stationed in Ballyconnell, Co Cavan during the height of the Troubles, Tosh had very little understanding of the situation in the North until he was thrust into the midst of it. Looking for a change, he volunteered for the new Sub-Aqua Unit then being set-up, little appreciating the challenges that lay ahead. As the very first unit of its kind in An Garda Síochána, the pioneering team had no predecessors to turn to for advice and guidance. Under-budgeted, and utilizing basic equipment, they had to learn how to do the hazardous and trying work very much as they went along.

But Tosh persevered, becoming dedicated to the Unit, and his memoir is studded with anecdotes of famous and lesser-known cases in which they recovered bodies and vital pieces of evidence – stories which are alternatively gruesome, tragic, and moving. Most famously, he was called in after the IRA bombing of Lord Mountbatten’s fishing boat, the Shadow V , to recover evidence from the downed vessel. Alongside these years of courageous dedication, Tosh was drawn by the then prevalent culture of machismo and alcoholism into excessive drinking in his spare time, which caused difficulties for his family life.

Nevertheless, behind the boozing and bravado, Tosh developed a passion for the families of those left behind, and a sense of the importance of the human touch in policing – how a little kindness and direct contact with families can have a huge, lasting impact in times of the greatest tragedy. Keeping a collection of framed photographs that go back to the very beginning of his 30 year career, Tosh calls these pictures “Shrines to the Past” – memorials of wives who lost their husbands, mothers who lost their children – tragic stories to which the Garda divers could at least provide some closure and peace of mind. We talked to Tosh about the difficulties and rewards he encountered during his long and distinguished career as a Garda diver.

Can you tell us a little bit about your Garda career, prior to the setting up of the Sub Aqua Unit?

In 1972, border troubles were very bad, and the Minister for Justice of the time Dessie O’Malley decided to bring in 500 guards into the force. I applied, and got a call in June to do a medical. I went into Templemore, and it was the first day I ever had a drink with my father. I arrived at the gate and I think I had the biggest case in Templemore.

We trained for 22 weeks, which was a kind of military-style thing, a lot of drilling. I was posted to Ballyconnell, Co Cavan. I didn’t know where Ballyconnell was at the time; I was from Waterford, and the only time I’d ever been away was to the zoo from school! I saw six soldiers in the back of a Jeep and they were all my age. Basically the Guards, the PSNI, and the Army sent a lot of young lads to the Border at that time, young lads like me who didn’t really know what was going on. The Troubles were wild at the time, but we didn’t know they were.

I went back to Ballyconnell eight times in course of my career with the diving unit for eight bodies. The first body I ever found was in that river when I was stationed in Ballyconnell. I’d seen bodies before – I’d worked with an undertaker – but that was the first time that I personally took hand to a body in water. And the irony was that I returned to the same river eight times after that.

Finding a body in the water must be a very different experience from finding one on the ground.

It is a completely different thing. If I said to you, there’s a body at the top of the garden, you’d be prepared for it and you’d take your time. The same with an auto crash. In the diving unit, it was different. Suddenly, at half nine in the morning, you’re getting your gear on. It’s raining or snowing and there’s poor visibility in the water. And suddenly your head drops under the water, and you feel like you’re alone. You might be alongside somebody, but you can only hear the breathing. There’s no conversation, no talking. Nowadays, they have dry suits, they have full head masks, they have cameras, they talk to each other under the water. They have everything. The equipment we were using was primitive.

So there were a lot of difficulties to be overcome in the Sub-Aqua Unit at first?

At the time nobody knew anything about it. We were self-taught. Nobody knew what they were doing, because they was no one who came before you. There was no-one who could tell you what a diving unit was like, or what it was like for your family to be at home worrying about you getting into the water. We didn’t have the budget.

You discuss alcoholism quite prominently in the book. Do you think it’s important to highlight the heavy drinking culture of the time?

When we were stationed up on the Border, there was 20 of us up there. We’d go to dances in Monaghan. We are all drinking. There was a heavy culture of drinking in the 70s and the 80s. I got two messages from two ex-Guards wives who were separated, and who wanted to thank me for highlighting the culture of drink at the time in the book. This culture wasn’t just in the Guards. It was in every walk of life. It wasn’t the job which caused me to drink because I was drinking before I started it. But I think it’s important to be honest about this, and to highlight that culture. The reason I put it in the book is in the hope that more people that are coming in will stop drinking. I quit it 27 years ago. Somebody has to say stop because drink interferes with families. People ask me do I miss the drink, and I say I don’t miss the trouble that goes with it.

Many of the stories in your book are naturally tragic. Were there also jobs with the Sub-Aqua Unit which had a happier conclusion?

Yes, there was one where I was in the Liffey searching for parts of a body, and we saw a little boat in the river, and a little girl was hanging onto this boat with her father. We rescued them. I wasn’t involved in the job in Belderrig (in 1997) when the lads rescued those people out of the cave. It was a famous case where two people drowned – the diver and the man who owned the boat – but the family were saved, and the Garda diving unit went into that cave. Tony McNamara, who was the chief at the time over there made the decision to send the helicopter up to Dublin airport to collect the boys. That was a very, very hard decision to make because he was sending the helicopter from the cliffs in Mayo up to Dublin to collect the diving team. It was probably the first and only time that there were people rescued alive.

You talk a great deal about the families of the people left behind. Was this an important factor in what made you so dedicated to the Sub-Aqua Unit?

People don’t understand that I had a real passion for families. For them to come to the launch (of the book) tonight will be more important to me than anything else. A lot of these women rear their children on their own after their husbands are lost. When I was younger, it was all to do with macho-ism, and the press, and your mother reading about you in the papers, and doing your job and being happy and having a few drinks at night. I realized in later years that it was important to have somebody to talk to. Now liaison guards are there, but they could improve. They don’t always make the call. They might let it go because we have no information. Information might be calling to the house to have a cup of tea. People like to talk. The greatest thing you’ll ever do is get people talking – I’ve gotten massive satisfaction from this. People still ring me. I found it very helpful for myself as well – its a two-way street, helping people like that.

So even in the case of terrible tragedy, it’s possible to bring some peace of mind to the families?

I did a job in 2000 where two kids drowned under the ice in a lake. I got fulfilment out of that in the sense that the kids were found, and I was able to have a conversation with one of the mothers and put her mind at ease. I went back to the Inquest and I sat on the stairs in the courthouse. The mother said she couldn’t sleep at night because she could see the child suffering in the ice. I had a conversation with her and I told her that didn’t happen. I told her she was like a little angel, she went right to sleep, and she know nothing about it. Six months later I got a call, and was told that the mother started to talk again after that conversation. So in other words, she got peace of mind.
One of the last jobs I did involved a girl in a wheelchair. The mother had been told that she was found floundering around in the bay. But I found that girl in her chair, strapped in, sitting up-right. I could tell that mother exactly what she was like, and that mother got peace of mind.

Looking back over your life and career for the memoir, were you mostly satisfied?

I have regrets, but I was mostly satisfied. I always thought that to do the job was to do the job, and when I went down it was for the people down the road, the people left behind, so that we have a chance of getting the body, and they could have a funeral. When you stay too long in a certain job, you need somebody to guide you, and say ‘Hold on a sec, we’re gonna promote him, and we’re gonna send him somewhere else.’ That’s what they should have done, but I have no regrets about any of that. Whether you’re in the police as the chief or a guard, I think you do your job to the best of your ability and be thankful, and I was lucky to have a life and a family out of it. 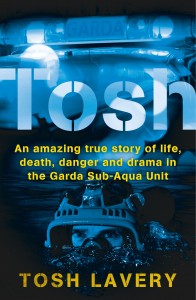 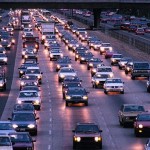 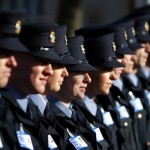