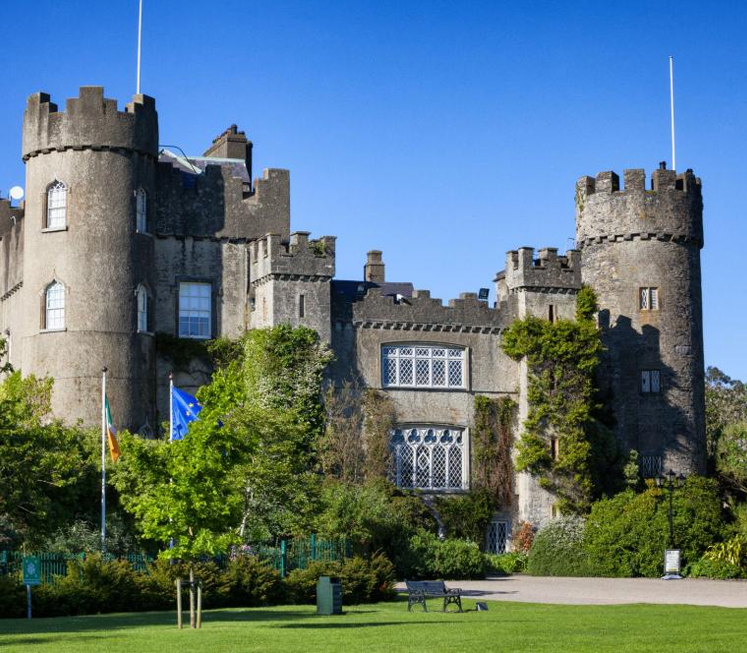 King Henry II gifted Richard Talbot the lands and harbour of Malahide for his services to the crown in 1185. From that point on, the Talbot family became intertwined with Malahide’s history and development.

The original stronghold built on the lands was a wooden fortress but this was eventually superseded by a stone structure on the site of the current Malahide Castle. Over the centuries, rooms and fortifications were added, modified and strengthened until the castle took on its current form.

The Talbots are reputed to have been a diplomatic family and during the eight centuries between 1185 and the 1970s, their tenure at Malahide Castle was broken for only a brief interlude between 1649 and 1660 when their lands were seized by Cromwellian soldiers and the castle was occupied by Myles Corbet, Lord Chief Baron of Ireland.

The final Baron de Malahide, Lord Milo Talbot, lived in the castle until his death in 1973. His sister Rose inherited the estate and subsequently sold it to the Irish State in 1975. Since then, Malahide Castle has continued to play an important part in Ireland’s political and social landscape, hosting international leaders and summits, and welcoming thousands of local and international visitors each year.

Malahide Castle and Gardens re-opened in 2012 following a €10 million refurbishment by Fingal County Council and Failte Ireland, which will go a long way to restoring its ranking as a first class visitor attraction and preserve it for future generations. A popular and valuable amenity in North County Dublin, it is surrounded by 450 acres of manicured parklands, managed walkways and mature trees and state of the art children’s playground which is free to the public all year round. Up until 1975 it was the oldest and longest inhabited castle in Ireland, with the same family having lived there continuously since 1185 when Richard Talbot was granted ‘the lands and harbour of Malahide’ by King Henry II in return for rendering “one archer with a horse and coat-of-mail forever”. When the last male heir Milo Talbot died in 1973, the estate passed to his sister Rose, who unfortunately was forced to sell the castle and its contents to pay the death duties. Thankfully the Irish Government had the foresight to buy the property and open it to the public and now that it has been completed restored and updated it should last another few years.

Malahide Castle has had a long and colourful history which will be further explained to you on a guided tour of the castle, which takes in the magnificent 600 year old Great Hall. Poignantly, a huge painting of The Battle of the Boyne on the back wall, depicts the fate of the Talbot family who sat down to breakfast on the 12th of July, 1690, in that very same room, not knowing that fourteen of them would be dead by nightfall. But, somehow the family survived the tragedy and evidently prospered, judging by the various additions that were made to the castle, including the twin round towers and the banqueting hall paneled in same Irish oak that graces Westminster Abbey in London. With the original gothic style tracery windows still letting in a strained light, Malahide castle is very atmospheric and not short of a few ghosts which is hardly surprising considering….

Lord Milo Talbot, while a bit eccentric was a gifted plants-man who travelled the world, you just have to see his ‘slideshow’ in the new exhibiton area which also highlights his meticulous records of every species planted at Malahide. The Walled Garden is very beautiful and a delight all year round obviously benefitting from the special micro climate that Lord Milo envisaged would favour exotic species. It has an ornamental pond thought to have been sited on a natural spring, a French style grass parterre (the only one of its kind in Ireland) and no less than seven glasshouses to house those tender species brought from Lord Milo Talbot’s other ‘Malahide’ his estate in Tasmania, where his sister Rose went to live after she sold the castle, although she returned regularly to Dublin. She died on Feb 14 in 2009 aged 93 thereby ending the line as the last Talbot of Malahide Castle. 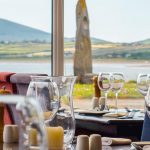 Great Places To Eat Along the Wild Atlantic Way 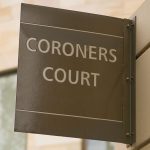