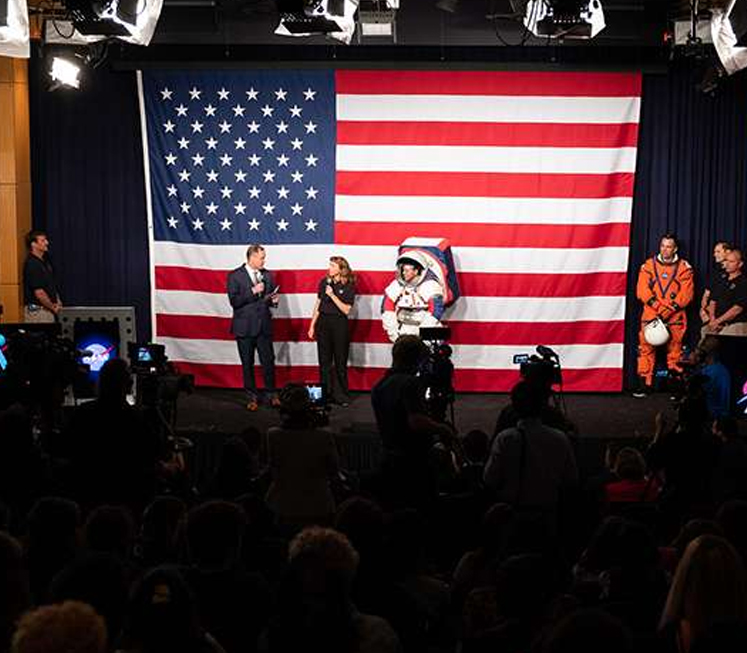 NASA has unveiled its new next-generation spacesuits, which will take us to the Moon and Mars, and they’ve come a long way from anything we’ve seen before.

The agency’s Artemis program plans to send the first woman and the next man to the Moon by 2024, as well as develop a sustainable human presence on our satellite by 2028, working towards the long-term goal of getting humans to Mars. For this, NASA has designed new suits – the first surface suit they’ve created in about 40 years, and the first launch and re-entry suit they’ve created since the 1990s.

Previous suits have been functional, if a little difficult to maneuver in. Combine this with a surface gravity you’re unfamiliar with, and you end up with hilarious compilations of astronauts arriving on the Moon – the greatest thing they will ever do in their lifetimes and a culmination of years and years of hard work – and then promptly and repeatedly falling on their asses.

The new suits – the Exploration Extravehicular Mobility Unit (xEMU) and the Orion Crew Survival System suit – will be worn by the astronauts, which will include the first woman on the Moon, as they explore and conduct experiments on the lunar surface. They’re designed with maneuverability in mind.

“This is the first suit we’ve designed in about 40 years,” Chris Hansen from NASA’s spacesuit design office, announced at the demonstration of the next-gen suits at NASA Headquarters in Washington on October 15, Reuters reports. “What you saw today was a prototype of the pressure garment. The life support system is back in a lab in Houston. We want systems that allow our astronauts to be scientists on the surface of the Moon.”

The xEMU suits have improved joints, allowing the astronauts to bend down – admittedly in quite a careful manner – and pick up rocks, as well as more flexible gloves to help them grip, as demonstrated by NASA spacesuit engineer Kristine Davis in this clip.

As well as an increase in flexibility and a sleeker look, you’ll notice there are certain similarities with previous spacesuits, like the color scheme. For practical reasons, the extravehicular mobility unit remains mainly white.

“Astronauts use white spacesuits when they go on spacewalks to do work outside the space shuttle or International Space Station. White was chosen for a few reasons. One of the most important reasons is that white reflects heat so that the astronaut doesn’t get too warm,” NASA explains on its website. 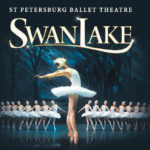 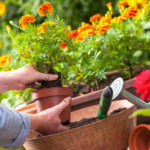