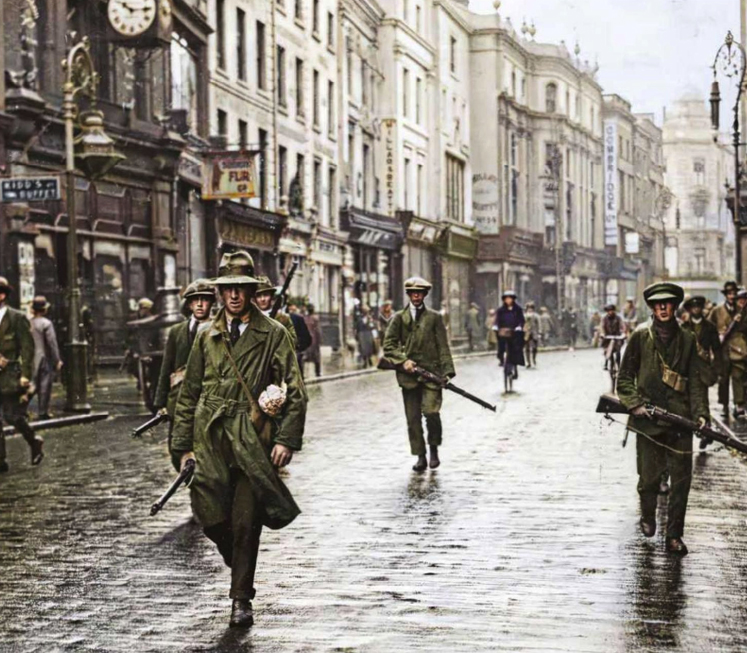 Looking at images of times past gives an insight into history – we can see where we came from, and marvel at how different life was. The images can also make concrete the idea that certain people or things existed.

Although early colour photography emerged in 1907 (photography itself was invented in the late 1830s), it wasn’t widely used. Even up until the relatively recent past, black and white photography was the favoured choice for newspapers, given that this type of film is easier and quicker to develop, and works well under low light conditions.

People did find ways to tint negatives and photographs to add some colour, but in recent years the advent of digital technology has made colourising images even easier.

That’s where Old Ireland In Colour comes in. Nominated in TheJournal.ie‘s sponsored Best Irish Published Book category at this year’s An Post Irish Book Awards, it began as a personal project by John Breslin. He put the images he colourised online, they gained traction, and together with historian Sarah-Anne Buckley they have now been compiled into a stunning book.

Old Ireland in Colour features images from throughout the 19th and 20th centuries. There are over 170 photographs from all four provinces, and are accompanied by captions by Buckley.

What became Old Ireland In Colour began when Breslin decided to colourise some photographs of his grandparents. He started out doing it in Photoshop, but then was told about Deoldify. This is an artificial intelligence colouriser, which uses a deep learning technique to get better with each photo.

Breslin tried Deoldify and shared the results on social media (using photos that were out of copyright) and they became popular, so he set up a dedicated account. In the meantime, Deoldify continued to improve.

This year, he decided to turn the project into a book, and signed up to produce one with Merrion Press – bringing on board a colleague, Buckley. The pair had never met, but put the project together in early 2020, including during lockdown.

They decided to put five themes in the book, and group the photos by theme. “We used a lot of photos from Ireland, different scenes from Ireland. But also a broad range of Irish people who we know or don’t know about, who had careers abroad,” said Breslin.

Within each theme, the photos are displayed chronologically. “The book is about the development and changes in modern Ireland, so you want to see those changes over 125 years,” said Buckley. Most of the photos are in the public domain or have a creative commons license, and a small number needed copyright approval.

Deoldify “works similarly to how we learn as people – we learn by example”, explained Breslin. “It learns by creating a model from millions of images and knows what to do next. It takes a whole series of colour images, takes the parallel black-and-white image, and essentially creates mapping between the colour version and shape and textures on the black and white ones. When it meets a new black-and-white image it learns from the trainings on colour.”

So trees, sky or sea “will nearly come out perfect all the time”, and faces also do well, but “sometimes if person is obscured or not recognisable it misses out on them”. Breslin then steps in and fix those images.

“If it’s something that involves a lot of uniforms that can be complex,” he said. “A large crowd of people, that would involve a lot of manual work.”

To ensure the images all reflect reality, he and Buckley used research to find out things like eye and hair colour, or military uniform details. While this can be “fairly straightforward for people who are well known”, it’s a little trickier for others.

“A lot of these people would have travelled back and forth between Ireland and the US and UK,” said Breslin. So he consults records like those held at Ellis Island, where he found out that Countess Markievicz has blue eyes.

“These things will never be 100% correct,” he cautioned. “We are trying to get the best guess for a lot of the colours. People lived their life in colour and we want people to see something approaching what you could see if the photo was taken in colour.”

‘It’s easier to resonate with people’

Colourisation has been going on since the early 1900s, but there is still a debate over whether it’s something that should happen at all.

“As someone who hasn’t studied History since the 1980s, we are disconnected from history – that is obvious in various mutterings of the subject being downgraded,” said Breslin. “We are in a bitesize culture. When I studied History, the book was in black and white. It’s easier to resonate with people when things are in colour.”

But this isn’t the only benefit. “You will see things in colourised photos that you just didn’t notice before,” he said. In a photo of Tom Crean, the colourisation highlighted a bottle of sherry and pipe that didn’t stand out in the original version, but which add to the sense of what Crean was like as a person.

There’s also not a question of the book somehow hoodwinking people into thinking these coloured photos are the original. “People know it’s colourised – it’s very obvious in the book that they were all in black and white and they were colourised,” said Breslin.There are certain pictures that resonate with people. Pictures of people in extreme poverty, it really brings to life that these were people and they lived in very hard times.

“A lot of it was ensuring the context was there, that we were acknowledging the work of the history of photography,” added Buckley. “We were placing it in a social history of Ireland, modern Ireland.”

She looked at each individual photograph and made sure that previous research in the  area was acknowledged and that factually the book was accurate. “[John Breslin] would have done a lot of research himself on material culture personal records, and I was adding to that,” said Buckley.

Thankfully, due to the digitisation of records, a lot of the information they were seeking was online. The pair also made sure “that all of the photographic and archival collections were acknowledged” in the book, and that there were references so that people could go and do more research themselves.

“Which is the exciting part for us – that someone might look at one photograph but go off and follow the rabbit hole [of its history].”

Each photograph was carefully chosen. “We tried to be discerning in regards to what would add to this historical narrative and as we went along we were adding new photographs where we saw gaps,” said Buckley.

“We really tried to use the big national collections – the National Library of Ireland, the National Folklore Collection, publicly available photographs, so that if a reader wants to look at the black-and-white photo she can do that freely. That was important to us.”

They also did their best “to ensure the diversity of social class in Ireland was represented”.

“There are 173 photos and it is a very broad view, I think, and a broad perspective,” said Buckley.

Buckley sees the advantage of colourising photos as “it seems to come more familiar to people and it just sparks an interest”. She said they’ve been told about the intergenerational appeal to the book, with family members often reading it together.

“I think Irish people always have a huge interest in history. That’s something we’ve seen through the decade of centenaries,” said Buckley. “You can pick [the book] up and you can put it down again and spend an hour at it, and we love that.”

They accept that not everyone will be interested in colourisation, but feel the book has a broad appeal, said Buckley. “If it’s attracting people to delve more into Irish social history, I think as a historian that’s fantastic.”

“We’re very clear that this in no way a replacement for the original source. We would hope it might lead people to the primary document.”

Old Ireland In Colour, published by Merrion Press, is out now. To vote in the An Post Irish Book Awards, visit this link. The awards will take place on 25 November, hosted by Evelyn O’Rourke, followed by a new TV programme, an Post Irish Book of the Year, which will be shown on RTÉ One at 10 December and will be hosted by Miriam O’Callaghan.

The original article can be found on https://www.thejournal.ie/old-ireland-in-colour-book-interview-5262943-Nov2020/ and was written by Aoife Barry 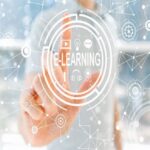 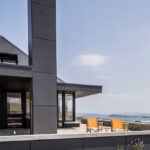 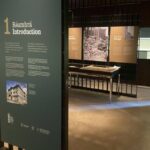 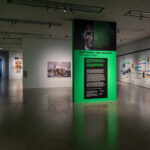 2022 Programme For The Decade Of Centenaries Announced 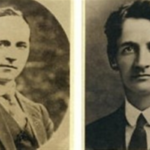