The 2014 Temple Bar Tradfest looks set to be one of the best yet since the festival began back in 2005. Since then it has grown substantially in size, notoriety and in its standards. The Temple Bar Tradfest has gained the reputation of the biggest and best traditional Irish music and culture festivals in the country. Now the festival is a permanent fixture on the National and International festival calendar and attracts visitors from across the globe.

The festival itself runs for 5 days and 5 nights and hosts over 200 events. It has been recognised for its contribution to Irish traditional music and culture and has picked up several including Best Traditional Music Festival in the 2008 and 2009 Festival Awards.  The festival uses a number of famous venues around Dublin city to host concerts featuring talented and beloved musicians from Ireland and beyond. Artists such as The Dubliners, Clannad, Moya Brennan, Sharon Shannon, Maura O’Connell and Altan. The venues include St. Patrick’s Cathedral, St Werburgh’s Church, St Michan’s Church, Dublin’s City Hall, The New Theatre and the Button Factory.

The Temple Bar TradFest also hosts a number of free family events, music & dance workshops, outdoor stages, street markets; pipe bands, ceili, street performances, film screenings among other events. If you wish to go to any of this year’s concerts or events information can be found at www.templebartrad.com. The festival will run from Wednesday the 22nd of January until Sunday the 26th of January. 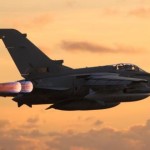