The 6 Golden Rules of Eating for Longevity 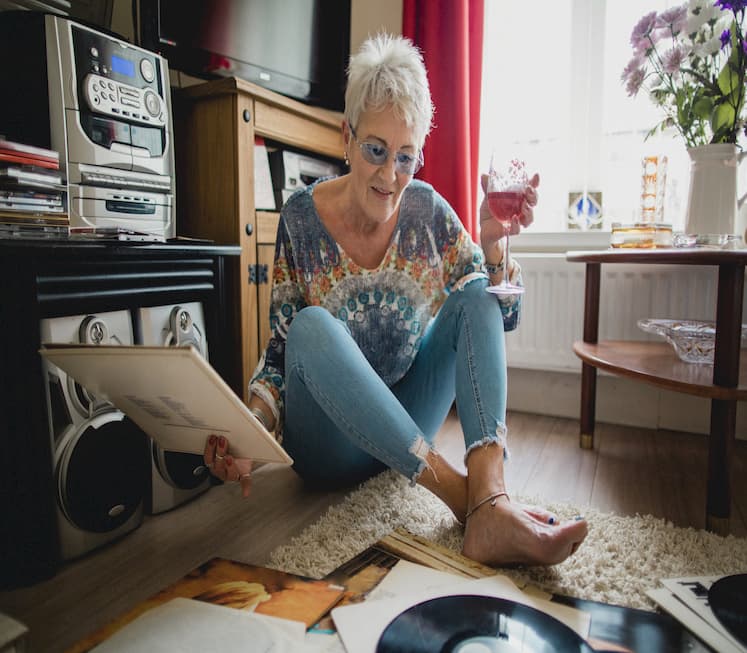 The 6 Golden Rules of Eating for Longevity, According to the Longest-Living People on Earth.

According to one centenarian, the way to live a long life is to stay single (looks like I’m living forever). But there are other ways to live to be over 100 years old that aren’t quite as dramatic—like modeling your lifestyle and eating habits after people who live in Blue Zodnes.

If you need a quick refresher, the Blue Zones are the five areas of the world that have the longest-living and healthiest populations: Okinawa, Japan; Sardinia, Italy; Nicoya, Costa Rica; Ikaria, Greece, and Loma Linda, California. It was found that they had nine things in common, including the way they eat, despite being in completely different geographical locations and cultures.

While a lot of their longevity success comes down to where and how they live, there are some key dietary takeaways that can be applied to an American lifestyle without too much work. In a seminar hosted by the Global Wellness Summit, Dan Buettner, a journalist and expert on Blue Zones, shared some of his top longevity nutrition tips gleaned from years of researching how these communities live. Here are the main takeaways:

1. They drink wine after 5 p.m., ideally with friends and a meal

This one may be a little tricky to pull off during quarantine—both the “having meals with friends” part and the “waiting until 5 p.m. to have wine” part. “There’s plenty of evidence in Blue Zones that a couple glasses a day, especially with friends and with a meal… probably lowers your mortality,” Buettner says. (In fact, four out of the five Blue Zones communities drink alcohol in moderation as part of their lifestyle.)

There are a few potential reasons for this: wine is rich in antioxidants,  has some anti-inflammatory properties, and has been linked with a reduced risk of heart disease, Tracy Lockwood Beckerman, RD, previously told Well+Good. (This is Sardinia’s red wine of choice, just FYI.) However, if you’re not drinking now, this doesn’t mean you should start; if you choose to imbibe, do it the Blue Zones way.

2. They eat mostly plant based foods…

Yup, even Blue Zones folks are on the plant-based train—and have been for generations. “They’re eating 90 to 100 percent plant-based food beyond a shadow of a doubt,” Buettner says. A plant-based diet has been shown to be good for your heart, your gut, and your brain—not to mention, plant-based foods like veggies and grains have less of a carbon footprint than meat and dairy.

3. …including plenty of carbs

Justice for carbs! Buettner says that people living in Blue Zones typically consume about 65 percent of their daily calories in the form of carbs. Which makes sense: the macronutrient typically comes paired with lots of fiber (great for gut health) along with vitamins and minerals that your body needs to function at its best.

But it’s important to remember that not all carbs are created equal, and people in Blue Zones are getting this macronutrient mostly from sources like grains, greens, tubers, nuts, and beans. (Read: Not the super processed stuff.) There’s one carb that beats all the rest: beans. “The longevity all-star food is beans,” Buettner says. “So if you’re eating about a cup of beans a day, it’s probably worth an extra four years of the life expectancy.”

4. They enjoy meat on occasion

Meat is considered a celebratory food in the Blue Zones, Buettner says, and is typically only eaten about five times per month. People in these communities typically stick to “a portion no bigger than the size of the deck of cards,” he adds, which translates to about three ounces. This makes sense—while meat is a great source of protein, B vitamins, and bioavailable iron, too much of it is also associated with cardiovascular disease, colorectal cancer, and other health issues. And studies have shown that higher intakes of meat in both men and women are associated with higher cancer and all-cause mortality rates.

Like the wine tip, you don’t have to start eating meat if you don’t currently do so, but if you are a meat eater, know that a bit is totally fine from a longevity perspective. To take it a step further, here’s how to make the healthiest and most sustainable choices when you do eat meat.

5. They stick to water, coffee, and wine

These are beverage choices I can fully get behind. Buettner says people in Blue Zones drink six glasses of water a day, plus coffee in the morning and a glass of wine with dinner. Missing: sugary beverages like soda, which have been shown to negatively impact your health.

But no, that doesn’t mean they’re dieters. Rather, Buettner says that people in Blue Zones communities typically eat in ways that are similar to what we could call intermittent fasting. “They breakfast like a king, lunch like a prince, and dinner like a pauper, and they tend to eat all their calories in an eight hour window, leaving 16 hours for their digestive systems to rest,” Buettner says. Basically, their largest meal is breakfast, their smallest one is dinner, and they don’t eat late into the night. (And it comes with lots of potential longevity-related benefits.) However, this is not an eating plan for everyone, especially if you are recovering from an illness, pregnant, breastfeeding, or trying to conceive, or have a history of eating disorders.

Article by Allie Flinn from https://www.wellandgood.com/good-food/longevity-nutrition-tips/