Granted, it is a bit early to be thinking about holidays for next year but that said, if you are a fan of beer, this rather unique event in April might be a dream come true.

In the heart of Bavaria, not too far from Munich, the citizens of Ingolstadt are living the dream of beer enthusiasts all around the world: Their city is home to a public beer fountain!

Most days, refreshing drinking water spews from the fountain, which was unveiled on the 21st of April last year. But on special occasions, such as the anniversary of the “German Beer Purity Law” being put into place, delicious beer replaces the water – ready to be downed by everyone.

According to the law, beer is only allowed to contain water, hops and malt. A tradition that is still being followed today.

To commemorate the 500th anniversary, the city of Ingolstadt held a competition for artists to design the fountain. The winning design features people happily tapping beer in a medieval setting, while the background shows the Kreuztor, a symbol of Ingolstadt, to represent the birthplace of the historic law.

The beer fountain is now the highlight of the annual celebration weekend in late April. From 11 am, between April 22nd and 23rd April, you can avail of free beer for about 40 minutes. But be quick: There are only 40 litres of beer in the fountain available, and there will only be one refill.

If you can’t make it to Ingolstadt in April, don’t worry. Just book a tour of the city, which finishes at the fountain at the Georgianum and lets all participants have a taste of the freshly tapped beer.

As of September 2016, more than 1.000 people have consumed over 520 litres of free beer, but the number surely will rise exponentially in the future. 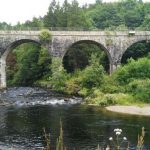 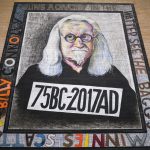