The History Of Polygraph Testing 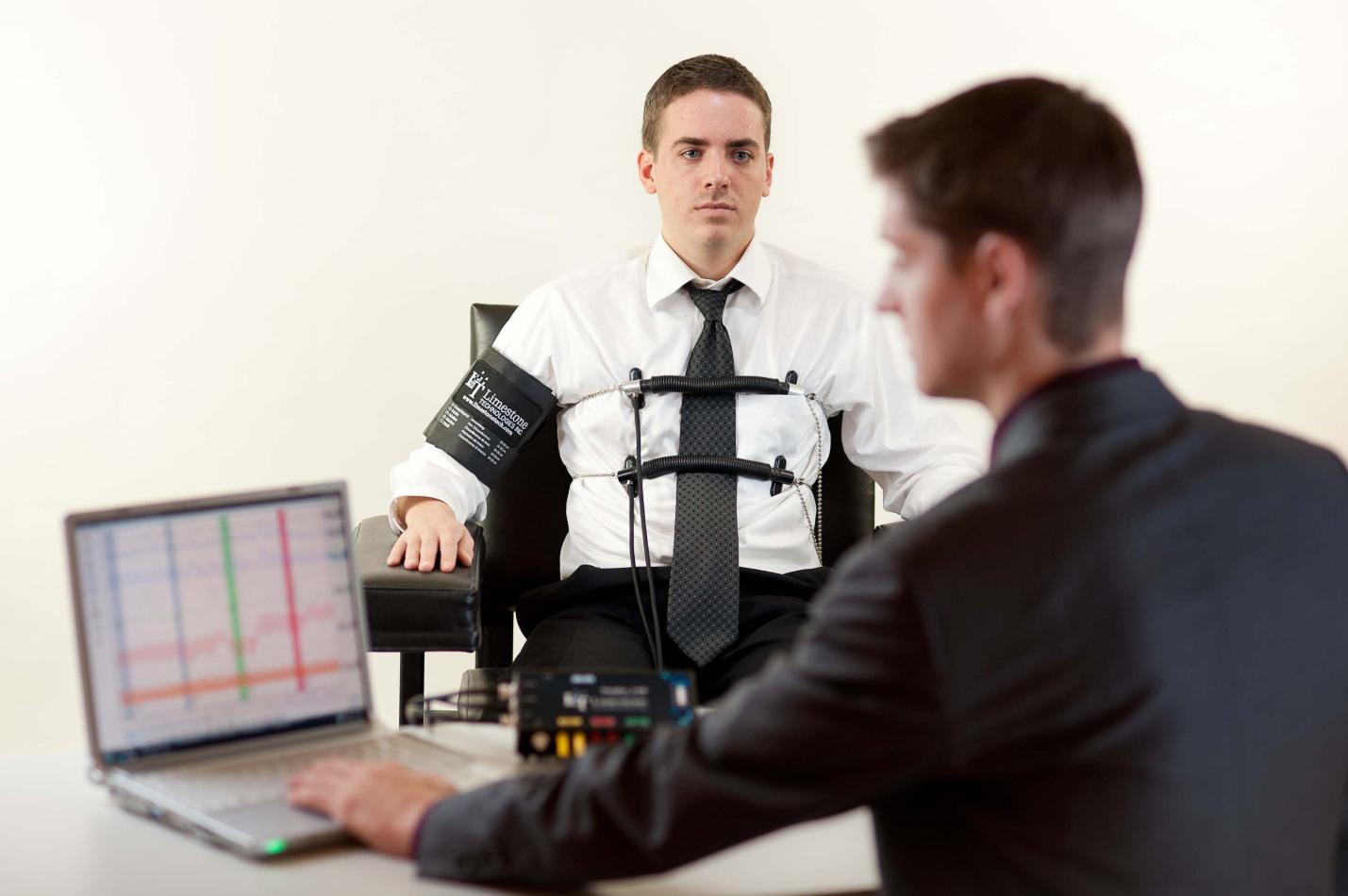 Since the dawn of civilization, mankind has sought ways to distinguish truthfulness from lying in those individuals suspected of criminal wrongdoing. Various inventive techniques for the verification of truth and the detection of deception have been tried and tested over the centuries, many of these based in ridiculous and cruel practices. Despite their primitiveness, each technique was based on the assumption that some form of physiological reaction occurred within a person when confronted with certain stimuli regarding a specific event under investigation, and that this physiological reaction would, in turn, be manifested in certain recognizable external symptoms that were indicative of honesty or deception. It is the search for an accurate method of reading these external symptoms that the science of polygraph testing is based on.

Two thousand years ago in India, someone suspected of lying was asked to chew a grain of rice. If, after some directed mastication, the subject could spit the rice back out, the truth teller was in the clear. If they couldn’t reproduce the grain, it was assumed that the accused’s mouth went dry from fear of being found out and he chomped the rice to dust. However, polygraphy — the science of truth verification based upon psycho-physiological analogues — is barely 100 years old. In 1730, British novelist Daniel Defoe (pictured below) wrote an essay entitled “An Effectual Scheme for the Immediate Preventing of Street Robberies and Suppressing all Other Disorders of the Night”, wherein he recommended that taking the pulse of a suspicious fellow was a practical, effective and humane method for distinguishing truthfulness from lying. Defoe’s was an early and insightful suggestion to employ medical science in the fight against crime.

In 1878, science first came to the aid of the truth-seeker through the research of Italian physiologist Angelo Mosso. It was then that Mosso used an instrument called a plethysmograph in his research on emotion and fear in subjects undergoing questioning and he studied the effects of these variables on their cardiovascular and respiratory activity. Mosso studied blood circulation and breathing patterns and how these changed under certain stimuli.

The use of the plethysmograph revealed periodic undulations or waves in a subject’s blood pressure caused by the respiratory cycle in response to certain stimuli. Angelo Mosso (pictured above) was the first scientist to report on experiments in which he observed that a person’s breathing pattern changed under certain stimuli, and that this change, in turn, caused variations in their blood pressure and pulse rate.

Although not for the purpose of detecting deception, Sir James Mackenzie, M.D., constructed the clinical polygraph in 1892, an instrument to be used for medical examinations with the capability to simultaneously record undulated line tracings of the vascular pulses (radial, venous and arterial), by way of a stylus onto a revolving drum of smoked paper.

Until the end of the 19th century, no measuring device for the detection of deception had ever been used. The first use of a scientific instrument designed to measure physiological responses for this purpose came in 1895 when Italian physician, psychiatrist and pioneer criminologist Cesare Lombroso modified an existing instrument called a hydrosphygmograph and used this modified device in his experiments to measure the physiological changes that occurred in a crime suspect’s blood pressure and pulse rate during a police interrogation.

Notably, Lombroso’s early device for measuring pulse rate and blood pressure is similar to the cardiosphygmograph component of the contemporary polygraph. Although Cesare Lombroso did not invent the hydrosphygmograph, he is accorded the distinction of being the first person to have used the instrument successfully as a means for determining truthfulness from deception in crime suspects.

On several occasions, he used the hydrosphygmograph in actual cases to assist the police in the identification of criminals. In 1906, Sir James Mackenzie refined his clinical polygraph of 1892 when he devised the clinical ink polygraph with the help of Lancashire watchmaker, Sebastian Shaw. This instrument used a clockwork mechanism for the paper-rolling and time-marker movements and it produced ink recordings of physiological functions that were easier to acquire and to interpret. Interestingly, it has been written that the modern polygraph is really a modification of Dr. Mackenzie’s clinical ink polygraph.

In 1914, Italian psychologist Vittorio Benussi discovered a method for calculating the quotient of the inhalation to exhalation time as a means of verifying the truth and detecting deception in a subject. Using a pneumograph — a device that recorded a subject’s breathing patterns — Benussi conducted experiments regarding the respiratory symptoms of lying. He concluded that lying caused an emotional change within a subject that resulted in detectible respiratory changes that were indicative of deception.

Dr. William Moulton Marston, an American attorney and psychologist, is credited with inventing an early form of the lie detector when, in 1915, he developed the discontinuous systolic blood pressure test which would later become one component of the modern polygraph. Dr. Marston’s technique used a standard blood pressure cuff and a stethoscope to take intermittent systolic blood pressure readings of a suspect during questioning for the purpose of detecting deception.

In 1921, John A. Larson, (pictured right) a Canadian psychologist employed by the Berkeley Police Department, in California, developed what many consider to be the original lie detector when he added the item of respiration rate to that of blood pressure. He named his instrument the polygraph — a word derived from the Greek language meaning many writings — since it could read several physiological responses at the same time and document these responses on a revolving drum of smoked paper.

Using his polygraph, John A. Larson was the first person to continually and simultaneously measure changes in a subject’s pulse rate, blood pressure and respiratory rate during an interrogation. His polygraph was used extensively, and with much success, in criminal investigations.

In 1925, Leonarde Keeler, who had gained first hand experience in polygraph interrogations as a result of working with John A. Larson at the Berkeley Police Department, worked to devise a polygraph that used inked pens for recording the relative changes in a subject’s blood pressure, pulse rate and respiratory patterns, thus eliminating the need for smoking the paper and then preserving it with shellac. In 1926, the Keeler Polygraph came on the market as the new and improved lie detector, an enhanced version of John A. Larson’s polygraph.

In 1938, Leonarde Keeler further refined the polygraph when he added a third physiological measuring component for the detection of deception — the psychogalvanometer — a component that measured changes in a subject’s galvanic skin resistance during questioning, and in doing so, thus signalling the birth of the polygraph as we know it today.

In 1939, Leonarde Keeler patented what is now understood as the prototype of the modern polygraph — the Keeler Polygraph. Today, Leonarde Keeler is known as the father of polygraph. In 1947, John E. Reid, a lawyer from Chicago, Illinois, developed the Control Question Technique (CQT), a polygraph technique that incorporated control questions (or comparison questions) which were designed to be emotionally arousing for non-deceptive subjects and less emotionally arousing for deceptive subjects than the relevant questions previously used.

Cleve Backster also introduced a quantification system of chart analysis, thus making it more objective and scientific than before. This system for the numerical evaluation of the physiological data collected from the polygraph charts has been adopted as standard procedure in the polygraph field today. Since 1962, the study of the use of computers in the physiological detection of deception has progressed through several phases.

In the late 1970s, Dr. Joseph F. Kubis, of Fordham University in New York City, was the first researcher to use potential computer applications for the purpose of polygraph chart analysis. During the 1980s, research was conducted on computerized polygraph at the University of Utah by Drs. John C. Kircher and David C. Raskin and, in 1988, they developed the Computer Assisted Polygraph System (CAPS), which incorporated the first algorithm to be used for evaluating physiological data collected for diagnostic purposes.

In 1992, the polygraph made its official entrance into the computer age. In 1993, statisticians Dr. Dale E. Olsen and John C. Harris at Johns Hopkins University Applied Physics Laboratory, in Maryland, completed a software program called PolyScore, which used a sophisticated mathematical algorithm to analyse the polygraph data and to estimate a probability or degree of deception or truthfulness in a subject.

It has been shown that validated algorithms have exceeded 98 per cent in their accuracy to quantify, analyse and evaluate the physiological data collected from polygraph examinations administered in real criminal cases. In 2003, the U.S. Department of Energy commissioned a review committee of The National Academy of Sciences to study the scientific evidence on the polygraph. In this endeavour, the committee sifted through existing evidence in the polygraph research literature and did not conduct any new laboratory or field research on polygraph testing for, as they clearly reported, real-world conditions are difficult — if not impossible — to replicate in a mock-crime setting or a laboratory environment for the purpose of assessing polygraph effectiveness.

The review committee of The National Academy of Sciences concluded that, although there may be alternative techniques to polygraph testing, none can outperform the polygraph, nor do any of these yet show promise of supplanting the polygraph in the near future. Withstanding more than a century of research, development and widespread use, the polygraph test remains the most effective means of verifying the truth and detecting deception.

Despite doubts raised by many critics over the decades, the polygraph is still seen as one of the most significant inventions of its type, used most effectively in the earlier stages of an investigation when prime suspects need to be identified, or in civil investigations, which carry less severe penalties. 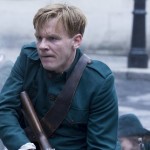 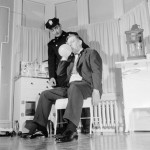