The Indefatigable Explorer: Why Bill Bryson is Still Travelling the World 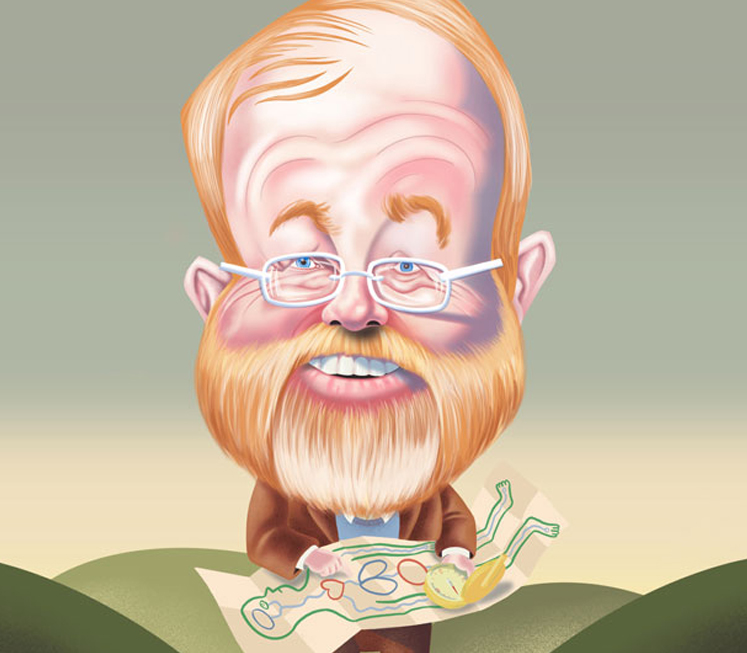 Bill Bryson is 67. His books have sold to millions of people around the world. He’s been happily married for 44 years and has enough children and grandchildren to field his own football team. He is an honorary OBE, and has many honorary doctorates. He has seen more of the world than you, and experienced more, too, including that time that, while standing in an open-air car park in France, he managed to get himself clobbered on the head by a rapidly descending parking barrier.

In short, William McGuire Bryson has lived. So why, I asked him shortly after he picked up the phone in London, is he about to tour with a stage show and publish a new book a month or so later, when what he should really be doing is putting up those 67-year-old feet of his and settling into a well-earned retirement?

“That’s very kind of you to put it that way,” he says, his distinctive, singsongy voice rising a little in amusement. “That is very much my wish.”

The new book, The Body, three years in the writing, will be published here and elsewhere in October. Before this, he will drag himself away from family life to do five live shows talking about his life and the human body in Australia and New Zealand, before returning to Britain to do a couple there. After that, there’s book promotion work in the US, Canada and Europe.

And then? Well, he is absolutely determined to, if not retire, then to put up those feet. “Once you get past the mid-60s, you begin to realise that life is finite – and some of it should be enjoyed and not just worked.”

Bryson can’t be doing all this new work for the money. The American, who, oddly, has become a very British institution – is surely among the most successful authors writing today. The book that made him, Notes From a Small Island, an engaging and sometimes delightfully rude tour of his adopted home, Britain, was published in 1995. Within a decade, he’d published six more books. The last, A Short History of Nearly Everything, was the fourth-highest-selling book in Britain during the Naughties, shifting 1.7 million copies there alone.

So, he must be worth a few bob. He owns a home in rural Hampshire and has a flat in London which, he tells me, is worth many times more than what he paid for it in 1997. “It’s just a little one-bedroom flat we use as pied-à-terre, and it just killed me [buying it] because it was so much money 22 years ago. But now, I look like a financial genius because it’s worth eight times what I paid for it. It’s the best thing I’ve ever spent money on.”

He’s not doing it for the money, then. Except, he assures me, he is. “It’s just bills to pay, and having a big family and lots of children and grandchildren.

“It’s not like I have this compulsion to write. To me, the greatest luxury of all is to go somewhere with my wife and not have to write about it, just to go to Paris for a long weekend and not have to take notes or think about how I am going to recollect this in print later, just to enjoy the experience.”

Writing about his travels, the subject that made him famous, is the thing he now mostly doesn’t do. Of his most recent output, only The Road to Little Dribbling, published in 2015, is a travelogue. It was a 20th-anniversary sequel to Notes from a Small Island, written at the suggestion of his publishers. But since he talked them into letting him write A Short History of Nearly Everything, his work has moved well beyond travel writing, traversing popular science, memoir, biography, a dictionary for writers and popular histories.

Partly this was Bryson, a former journalist, wanting to escape the common journalist’s trap of writing about every experience they have, from, say, being diagnosed with prostate cancer, to going on holiday with your mother or moving to the country. “When I was younger, I did have a desire, almost an obsession, to put down on the page all of my experiences and express my opinions on everything. But now? I don’t know whether it’s because I’m old and getting tired, or whether it’s because the world is so crazy and I don’t feel I fit in any more, but I really just want to enjoy the experience of living and doing things without having to write about it. I don’t want to have to interpret stuff for people any more.”

But Bryson the travel writer also wanted to stretch his writing legs. “I couldn’t keep writing the same travel books over and over again. As much as I enjoy writing humorous stuff and enjoy travelling and writing about it, you do find that it becomes repetitious.

“I didn’t just want to pick up and do the same thing again. I wanted a complete change. Luckily my publisher let me do it. I think they were indulging me when they allowed me to do A Short History. Luckily for me, the book did quite well, so that sort of opened new doors for me.”

Bryson is under strict orders not to talk to me about his new book. His British publishers are paranoid about him screwing up an extract and first-interview deal with the vile-but-bestselling tabloid, the Mail On Sunday.

Presumably, he will also be somewhat restricted in his stage show, the second half of which will be devoted to talking about the body, if not The Body.

What we can say is that, after A Short History, The Body is his second popular science book. It isn’t about celestial bodies or animals bodies, only the human body, and is a guide, as the book’s blurb has it, for us occupants. I wondered aloud whether the subject was suggested to him, a 67-year-old, by increasing decrepitude? There was a funny, high-pitched sound, which I believe was a laugh. “Well, partly,” he continued. “It was a combination of things. I have a son who was studying medicine – he’s a doctor now. I was just captivated by his unexpected passion for the body and how it works.

“Also, for a long time, I’d been very conscious that I have no idea how I’m put together. I just felt that I ought to know, and probably I would have a richer life if I did have some understanding of how I’m put together.”I have always viewed my body like my car, in that I don’t have to understand how it works, I’ve just got to make sure to put fuel in the right hole and keep the radiator topped up. I suggested to Bryson I wasn’t alone in this lazy cluelessness.

“You’re absolutely right. I went through most of my life feeling exactly the same way. You don’t have to understand how your body works because, the remarkable thing is, your body looks after you, you know. You don’t have to appreciate your heart; it will just keep pumping away. But it’s going to pump more than a billion times between birth and death, and that’s a lot of pumping.

“[In my research] I found that, the more you understand and the more you begin to appreciate what a marvel the human body is, the more gratifying it is. I just found it endlessly fascinating in ways that I hadn’t expected it to be.”

What he also quickly found is the limits to our knowledge. “One of the things that surprised me a lot, and it became almost an embarrassment in a way, was the number of times I had to write, ‘Science doesn’t know the answer to this’.

“So much about what happens in the body seems random, and yet the presumption is that there is a reason these things happen. Yet we don’t know enough to know why certain allergies strike one person and not another, or even why I struggle to keep a healthy weight and you spend your whole life lean. There is just so much we don’t understand.”

On the page, Bryson can be terrific company. Though perhaps overly prone to playful exaggeration, particularly of vexation, he can be wry, witty, informative, bemused, befuddled, gossipy and amusingly exasperated. What he can also do is effortlessly transmit his excitement for something to his reader. These, I think, are the secrets of his success.

In person, or at least on the phone, Bryson is still all of those things, only with a rich dollop of Midwestern manners and solicitude.

Indeed, much like his appearance – a ginger-going-grey garden gnome in a woolly jumper and tweed – there is something that’s charmingly old-fashioned about him: he appears a man from another (he’d say better) time and place. He certainly feels that way.

“I don’t feel as though I belong to the 21st century, I really don’t. I don’t text, for instance. I can just about do it if I have to, but I don’t. All of that stuff, such as Twitter, I don’t understand that, I don’t want to send messages out into the world. I don’t feel very comfortably attached to the wider world.”An old man cast adrift in a sea of modernity, then, but he says he’s lost none of the natural curiosity for a wider world that made him want to leave, as soon as he could, Des Moines, Iowa, all those years ago.

“I’ve always been fascinated by – it’s one of the things that keeps me moving around – the idea that all the people on Earth, we’re all basically the same. We all eat and sleep and procreate and go to work and try to make a living and raise families. And everywhere, they do this in so many different ways. I love that idea, of going places and seeing things that are different, and it makes the world seem richer. So that is really what drives me on, my fascination with the infinite variety of ways of living.”

This doesn’t sound like a man who’s about to retire. It sounds like a man still enjoying the writer’s life. Then there’s the lesson provided to him by that small, now high-value flat he owns in London, the best thing he’s ever spent money on.

“The secret of successful living is just to keep living,” he says, making that funny, high-pitched sound. “If you live long enough, things pay off in the end.” 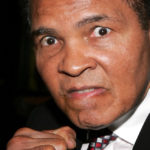 10 Things You May Not Know About Muhammad Ali 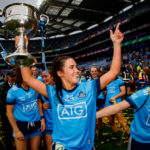 Homecoming for both Dublin teams announced