The Real History Behind ‘The Irishman’ 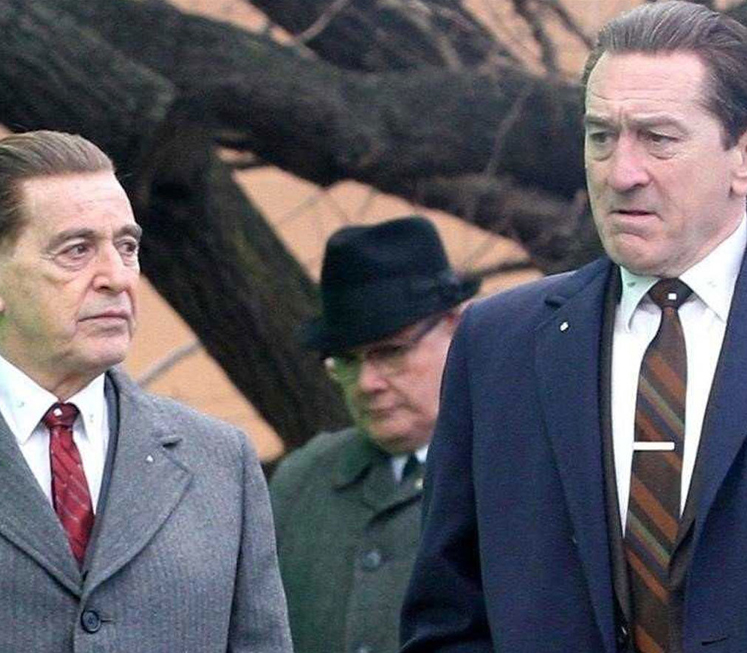 Given that it’s a historical epic, it might be handy to get yourself a solid grounding in exactly who everyone is and how they fit into the story of 20th century America.

This is exactly that.

The Irishman of the title, played by Robert De Niro, wasn’t actually from Ireland – he was born in Darby, a working class suburb in the outskirts of Philadelphia, Pennsylvania, in 1920. His dad painted houses – not in the figurative mob assassin sense, he literally painted houses – and Sheeran joined the army in 1941. He moved from the military police to the airborne division, then after dislocating his shoulder he moved to the infantry and served in North Africa and the Italian campaigns through 1943 and 1944.

He later recalled that he spent more than 50 days AWOL, “mostly spent drinking red wine and chasing Italian, French, and German women,” but avoided court martial by making sure he wasn’t off galavanting when he was meant to be going to the front. He also said that he was involved in war crimes including revenge killings and summary executions, and said he became inured to killing.

After being discharged he became a truck driver and a murderer for hire, and was suspected of killing gangsters. Through that, he was set up as muscle for Jimmy Hoffa, the Teamsters International president.

Hoffa worked his way up the trade union ladder from his first job at a grocers’ as a teen, where he refused to work for an abusive boss ended up organising workers for a teamsters’ union – that’s truckers and warehouse workers – in Detroit. Hoffa was responsible for getting small chapters to work together and integrate: by 1933 the union had 75,000 members; by 1936, 170,000 members; and by 1939, 420,000. This didn’t come without compromise. Many teamsters’ unions had links with organised crime, so Hoffa had to work with them and accommodate their demands.

Eventually this made Hoffa an extremely large cheese. In 1957 he became the president of the union, but spent most of the 1960s fighting investigations, being on trial, or actually in prison. He was hauled over the coals by the McClellan Committee investigated him for corruption and boosting his support with fake union chapters and he was acquitted of bribing the committee. Attorney General Bobby Kennedy went after him from 1961 though, and in 1964 he was jailed for attempted bribery of a grand juror, and later of pension fraud too.

He got out in December 1971 (possibly, some say, due to a fat wedge being passed Richard Nixon’s way) and tried to get back into his union activities to little success. He disappeared in 1975, and the case is still open.

President Kennedy’s murder and the mafia

The theory runs that convicted shooter Lee Harvey Oswald was murdered in turn by Jack Ruby to stop him letting slip that JFK’s death was orchestrated by organised crimelords. Conspiracists point to the purported presence of some shady characters on the scene around Dealey Plaza when Kennedy was shot, among them former CIA agents and Eugene Hale Brading, an alleged ally of crimelord James ‘The Weasel’ Frattiano. Ruby was a nightclub operator who allegedly had connections to the criminal underworld and, conspiracists say, had to repay a debt to the mafia with a bit of murder.

The theory runs that the mob lost loads of money when Fidel Castro took over Cuba in the communist revolution of the late 1950s, and resented Kennedy for not taking Castro out. Plus, Bobby Kennedy had been cracking down on organised crime bosses for his brother’s administration. Yes, it does seem a bit over the top to kill John Kennedy over all that, but that’s the theory.

In truth, it’s all a bit muddy. As the House Select Committee on Assassinations said in 1979: “The committee believes, on the basis of the evidence available to it, that the national syndicate of organised crime, as a group, was not involved in the assassination of President Kennedy, but that the available evidence does not preclude the possibility that individual members may have been involved.” The release of loads of files related to JFK’s murder in 2017 opened up more speculation. 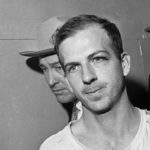 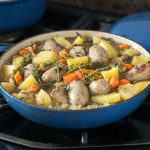 Recipe for a Traditional Irish Coddle