Image Courtesy of The National Library of Norway

There are many slightly confusing holidays out there, but Easter, with its candy eggs, playful bunnies, and very serious religious element, might be one of the most perplexing. It’s a mish-mash of ancient fertility symbols from various cultures (Roman and Celtic most prominently) with Christian iconography celebrating the rebirth of Jesus, all wrapped up in a bow of modern consumerism and Nutella. There is no way to describe it (“we celebrate the rebirth of a savior by eating chocolate eggs that were delivered and/or laid by a giant magic rabbit”) that makes it sound any less than insane. But beyond the cross-cultural core of the holiday itself, various traditions in Easter time have had lives of their own — from chickens in department store windows to German migrants and elaborate papal accessories.

I’m not about to weigh in on the “where Easter came from” argument, which always gets historians all worked up. Quaint traditions like parading down Fifth Avenue in vintage finery or stuffing your face with chocolate symbols of regeneration are a bit easier to trace — though as we’ll see, they themselves have attracted controversies, some across national borders. So when you put on your Easter bonnet and go to see what the Easter Bunny left you, bear in mind that this is a holiday with some extremely strange and well-established aspects, and that humans are a very weird species sometimes.

Why Do We Have Chocolate Easter Eggs?

The original 19th century Easter Parades, held along Fifth Avenue in New York City, appear to have been accidental. Easter Sunday was a day for the wealthy of New York to bedeck themselves in finery and go to the churches of Manhattan, and the impromptu “parade” would occur as they came out after the services en mass and proceeded to lunch and revelry. Easter is, of course, a time of celebration, and in the 1870s, when the first Parades started to happen, elaborate millinery allowed for women to express their feelings about Lent being over via multi-tiered confections of feathers. Yes, Easter bonnets specially trimmed for the day were a thing.

The Parade as a promenade of the wealthy, posing for gawking onlookers keen to see socialite life, reached its peak in the 1940s, but eventually, more regular people became involved and it emerged as a millions-strong event. After the Second World War, it gradually became less popular, but it still features many thousands every year, all — you’ll note — dressed to the vintage nines as a hearkening back to the Parade’s heyday.

Interestingly, the Easter bonnet wasn’t the first association of Easter with a lavish display of feathers. Apparently the Pope, celebrating Easter in the early 19th century, was often attended by men carrying flabelli, or giant fans of peacock’s feathers, with the eyes meant to represent the Pope’s watchfulness over the Christian church.

Why Do We Have Chocolate Easter Eggs?

To investigate the invention of chocolate Easter eggs, we actually have to go to a country not usually associated with chocolate: Italy. According to local myth, the idea of the chocolate egg for the occasion was developed by an Italian chocolatier, who displayed a live chicken and chocolate-filled egg shells in his window to advertise Easter products in the 1800s. (Kinder eggs are also Italian.) The beginnings of the idea are disputed, though; it may also have popped up in Germany and France at about the same time, in great heavy bitter chocolate lumps.

Previously, people had painted egg shells to celebrate the holiday; one 1870 recipe gives a guide to marking designs on the outside of an egg using a tallow candle and then dipping it in dye.

Some people wonder if the creations of the jeweler Faberge, the artisan who produced beautiful and almost priceless confections in the shape of eggs for the Tsar and Tsarina of imperial Russia before the Russian Revolution, may have helped to make chocolate Easter eggs a “thing.” Certainly the Italians celebrated the idea of Easter eggs with hidden surprises: it’s been a tradition since 1923 for many Italian hollow chocolate eggs to contain baci, or “kisses,” a chocolate confection local to Perugina.

Why Is There An Easter Bunny?

If you’re also creeped out by the idea of a bunny coming around and delivering eggs for some reason, you’re not alone; but it also might comfort you to know that the Easter bunny is not a universal tradition. Other countries that also have chocolate egg traditions have different animals who are responsible for delivering them — Swiss children have theirs delivered by a cuckoo, while Germans wake up to the work of a fox. Both variations, frankly, make a lot more sense than bunnies — cuckoos famously turn eggs out of nests and lay their own, while foxes eat eggs and are excellent at stealing them. Bunnies, meanwhile, just happen to be fellow emblems of spring and fecundity.

It’s deeply unclear where the first myths of the Easter Bunny came from, but they were extremely strong in Germany (the first reference to it comes from a 1572 German text), and 18th century German migrants seem to have taken the tradition of the “Osterhase” or “Oschter Haws” — the egg-laying hare — to America with them. Yes, you read the previous sentence right — the original Easter bunny wasn’t delivering eggs, but actually laying them himself.

There is an alternative, slightly bonkers interpretation of the Easter bunny, which holds that the idea derives from myths around Eostre, the ancient German goddess, who apparently saved a freezing bird by turning it into a rabbit that could lay eggs. There’s very little proof of that — but hey, when it comes to explaining what on earth a hare is doing with chocolate eggs, almost any explanation seems to make sense. 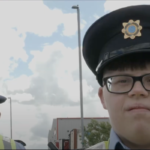 Underestimate Me? – That’ll Be Fun!”