Scientists in the US have collected worldwide-scale data from smartphones to see how active each country is.

The Stanford University research analysed 68 million days’ worth of minute-by-minute data of the average number of steps for 717,527 people.

The average number of steps worldwide per day was 4,961.

The research doesn’t highlight an accurate average steps taken in Ireland, however the colour coded map shows Ireland on a similar level to our nearest neighbour the UK, which comes in at an average of 5,444 steps.

Countries with exact figures are:

Most smartphones have a built-in accelerometer that records steps. The researchers collected this anonymous data, from the Argus activity monitoring app, to establish the results.

The study was published in the Nature journal and gives an insight into how countries can improve people’s health.

Researchers found that “inequality” in how activity differs within countries is more important than that of obesity levels. For example, it discovered that aspects of the built environment, such as the accessibility of walking in cities, has an impact on the results.

Jennifer Hicks, director of data science for the Mobilize Center at Stanford, said the results make clear that city design has health impacts: The cities that were most conducive to walking had the lowest activity inequality.

The report hopes its findings have implications for global public health policy and urban planning, highlighting the role of activity inequality and the built environment in improving physical activity and health.

Activity inequality differs greatly between men and women, according to the research.

In countries with high inequality, like the US, women were found to spend less time being active.

However, in Japan, with low inequality and obesity levels, men and women exercise in similar amounts. 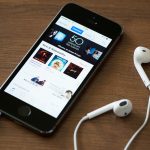 Three More True Crime Podcasts Not To Be Missed 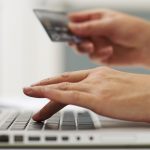 Bought something online that didn't work? There’s some good news for online shoppers