Howth Head, a peninsula 15km northeast of Dublin City, has been immortalised in James Joyce’s Ulysses.

Howth is a bustling village with plenty of attractions on offer to visitors – keep an eye out for Lambay Island, Ireland’s Eye, Howth Castle, The National Transport Museum, the Martello Tower and the Baily Lighthouse.

Wildlife enthusiasts will adore this area, particularly Ireland’s Eye and its bird sanctuary which boasts guillemots, razorbills, fulmars, gulls and gannets. If you’re lucky, you may even see grey seals diving for fish just offshore.

This loop is one of four which starts at the DART Station in the heart of the village. You are taken along the harbour before climbing away from the village around the Nose of Howth and onto the clifftops.

Take in the stunning views of Lambay Island and Ireland’s Eye, and be overwhelmed by the heady scent of coconut from the bright yellow gorse on the heath. The Baily Lighthouse – the last of Ireland’s lighthouses to become automated – comes into view before you ascend towards the car park at ‘The Summit’ and return to Howth Village along a path running parallel to your outward route.

Starting from the DART Station follow the green arrow onto the promenade along the harbour. You are also following blue, red and purple arrows which are for other longer loops. At the end of the prom, veer right onto Balscadden Road and ascend to reach Kilrock car park from where you join the well trodden cliff path.

Follow the cliff path for approximately 3km before turning right (leaving the longer purple loop) and ascending towards The Summit car park.

From the car park your loop swings right and begins the return journey along a sandy pathway parallel to and above the cliff path. At the end of the sandy pathway, the loop joins Thormanby Road where you turn left and, almost immediately turn right onto Dungriffin Road.

After 200m along Dungriffin Road you will turn right and rejoin the blue and red loops on the tramline walkway to descend into the village directly opposite the railway station. 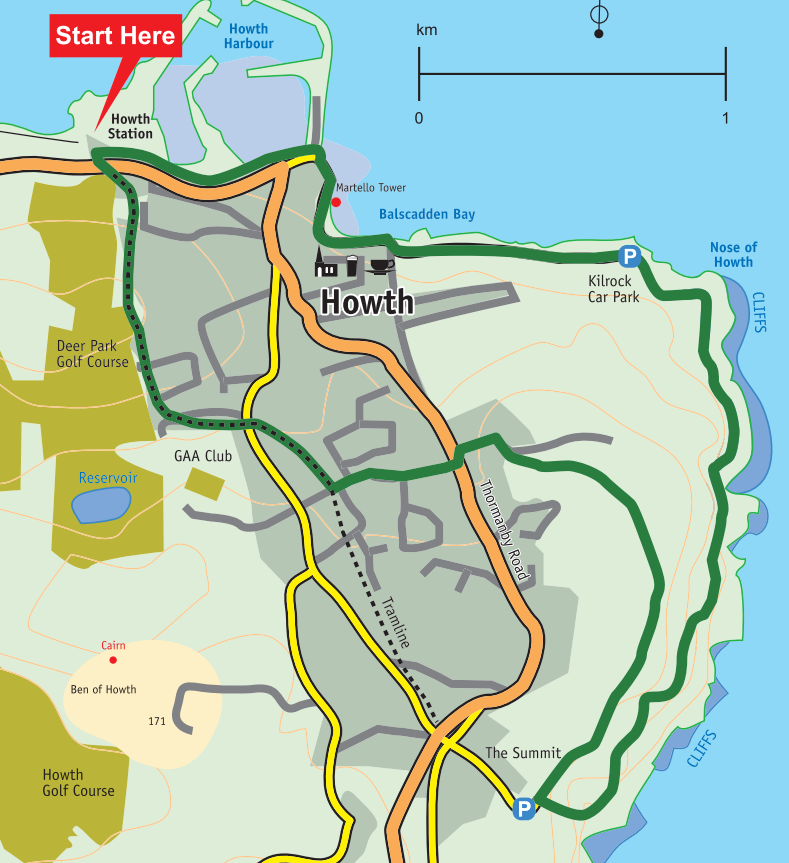 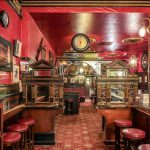 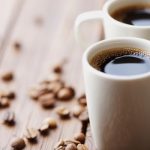