Ways To Keep Motivated During Your Winter Workout 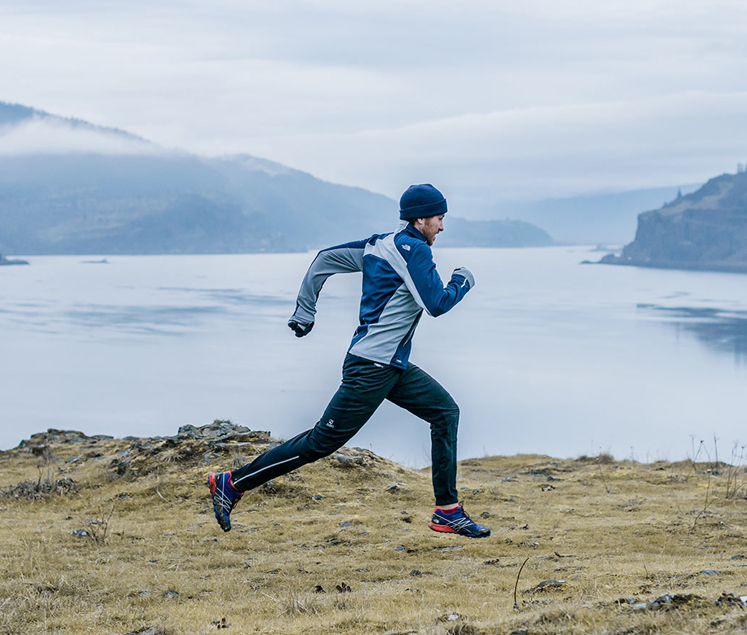 There is nothing quite like relaxing beside an open fire with a glass of mulled wine in one hand and a turkey thigh in the other.  And why not? We all deserve a few days of doing nothing but eating and relaxing over the winter season. However, there does come a point when it’s time to get back up again, throw off the robe and put on your running shorts. This is all easier said than done, so to help make the transition easier we offer you this list of things you can do to keep up with your winter workout even when the rain is lashing in and It’s a Wonderful Life play on the tele.

This might be easier said than done, but it is essential if you are going to face the harsh Irish winter.  Perhaps the best way to face the freezing outdoor (and the inevitable shower of rain that manages to blow into your face no matter which direction you run) is to understand some of the science that goes on in your body when it is cold.

You may have heard of “brown fat,” a type of fat found naturally in parts of the body that, when triggered, can burn off other “white” fat. In a 2012 study, researchers found that cold weather seemed to set the brown fat into motion, and that simply being cold could cause significant calorie burn. So, there you have it. Even if you don’t want to run, just being outside in the cold this winter is enough to help you lose weight.

Of course the idea isn’t to intentionally freeze yourself either. You definitely should dress for the occasion. Your old summer gear will no longer cut the harsh winter climate. Having the right apparel to face the cold will make it easier to keep up you exercise routine. The other hidden motivation in getting new gear is the retail therapy aspect. Buying new gear requires monetary investment, making you more likely to put it to good use. It also helps that you will be looking good in your new threads while doing it. Try to find a happy medium with your budget – don’t feel the need to spend too much but don’t automatically go for the cheapest available thermal leggings or gloves unless you can tell that they will be effective.

Unfortunately, this isn’t really the time of year for half-days, long weekends and vacations. If work is really bogging you down, and/or if you’re really feeling the winter blues, don’t worry about setting aside a long, continuous period of time at the end of the day for one big workout. If you are on a tight schedule, it’s better to set goals that involve an accumulation of exercising over the course of the day. Don’t make it so that you have to do it all at once. It can also be better for your heart rate variability, since you’re constantly going in and out of exercise and rest.

We’ve all heard people say things like “I’ll start eating healthy after this weekend” or “I’ll stop smoking once I finish these packs”. These are essentially goals of having goals; an illusory step that reduces the guilt of not having an actual goal. New Year’s resolutions are a lot like this. People often put too much faith in the idea that come the 1st of January they will suddenly arise from the couch and bolt out the door each day for the rest of the year. The problem is that they often use the period before the 1st of January to complete lose any fitness habit they may have had. The other issue with New Year’s resolutions is that once they are broken, even if it is just missing a single day, it is hard to take them up again. Your best plan of action, whether you want to lose weight, put up better numbers or get faster, set a reasonable goal and make it as specific as possible. Try to think of a goal that involves numbers or a concrete accomplishment – like getting strong enough to do some crazy exercise that has always been a little too difficult to complete, like a pistol squat or a handstand push-up.

Get a Workout Wingman

If you have led a race you will know that it is often the hardest place to be in the pack. This is because, though you are ahead, you are up there alone. There is no one to look to to match pace with, or no simple achievable goal like catching up to someone. It is only you and the finish line. This applies also to training. For this reason, finding a training buddy is one of the best ways to stay focused and maintain your routine. If you’re exercising with someone else, that means you’ll have to keep to more of a set schedule (no more putting off the gym until it’s so late you decide to bag it), you’ll be pushing each other to achieve more and you’ll probably have a much better time getting fit than you’d have alone.

There are some things you should not listen to when exercising if you want to stay motivated. Radiohead comes to mind. Picking the right music can be a very personal choice, but it is worth keeping in mind that the best exercise music has been found to be between 120 and 140 beats per minute. It can also be a help to change up your music every now and then.

Having a gym membership isn’t a free pass to putting as much salt, fat and sugar in your diet as you want. It’s a simple tip that applies any time of year, but in winter being vigilant about your diet is more important than ever. This is because it is the time of year when people stay indoors, warm up and eat rich foods and drink hearty beers. But you can’t out-train a bad diet.  Keep that in mind.

There probably isn’t a better time of year to start doing some form of exercise that you’ve always avoided for one reason or another. Doing something new will force you to be fully engaged with the activity, helping you stay away from boredom that could lead you down the path of stagnation or backtracking. Whatever you haven’t tried yet but have always had some interest, whether it’s kettle bell training, yoga, cross-fit or something else, just get some good instruction and take this tough time of year and make it into a learning experience. 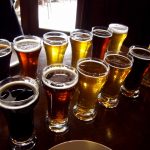 The 12 Pubs Of Christmas 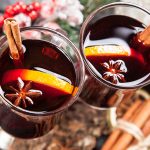 A Simple Recipe for Mulled Wine