8 Scientific Conspiracies That Turned Out To Be True 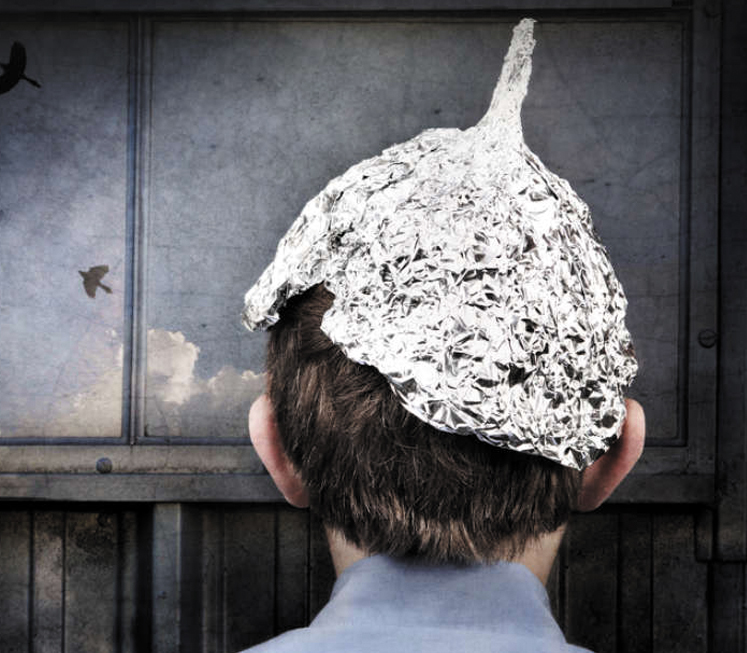 Vaccines cause autism. Man-made climate change isn’t real. Nibiru will crash into Earth, wiping out all life. And Stephen Hawking is an imposter. There are plenty to pick and choose from. Recent research has linked this sort of behavior to gullibility and the need to feel special, but conspiracy theorists will tell you this is simply another cover-up.

There are some occasions, however, when real life is just as strange as fiction. From sinister research programs to health-related cover-ups, here are eight examples from the annals of history that sound so extraordinary they could have been cooked up by a conspiracy theorist. 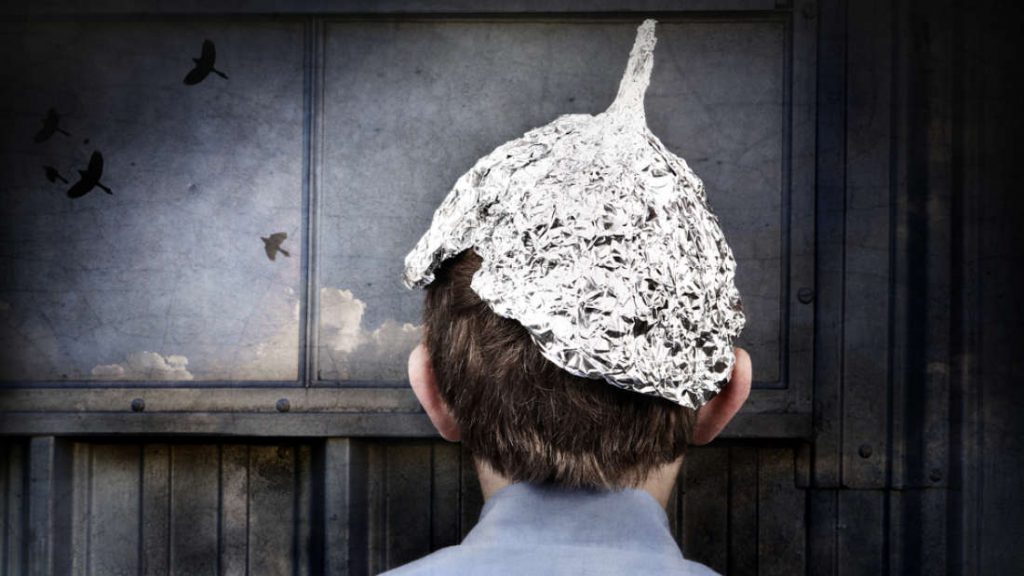 The CIA really did experiment with mind control and psychedelics

The Central Intelligence Agency (CIA) crops up in many a conspiracy theory, but its shady reputation is not entirely undeserved. Papers released in the seventies revealed the secret service really had been dabbling in mind control, psychological torture, radiation, and electric shock therapy in a series of studies into behavioral modification known as “Project MK-ULTRA”.

More than 150 human experiments took place between 1953 and 1964, many of which involved administering drugs to US citizens without their knowledge and consent, and under no medical supervision. The purpose of this research was to develop techniques and substances to use against the Soviet Union and its allies – think truth serums and Bourne-like super agents.

But things get more sinister. Then CIA Director Richard Helms ordered the destruction of all records relating to MK-ULTRA in 1973, which means there is little evidence of the intelligence services’ nefarious activities around today. We know the research was responsible for at least one hospitalization and two deaths but the true cost could be much higher.

Smoking increases your risk of stroke, emphysema, infertility, and a whole host of cancers. But back in the day, Big Tobacco tried all it could to persuade consumers that cigarettes weren’t bad for you. It didn’t stop there. They even tried to convince the public that smoking was healthy. Just take a look at some of the dangerous, not to mention highly sexist, vintage ads from the sixties and earlier.

Tobacco companies were major lobbyists and generous donors to political campaigns. Essentially, they were able to buy favor with politicians and others in positions of power, meanwhile refuting the science behind the health risks, claiming it was uncertain. It was not until the nineties – at which point, the evidence against smoking was irrefutable – that corporations began to admit there were health risks associated with cigarette smoking.

And in 2006, after a seven-year-long lawsuit, Judge Gladys E. Kessler found the tobacco companies guilty of conspiracy, having “suppressed research…destroyed documents…manipulated the use of nicotine so as to increase and perpetuate addiction”.

But it wasn’t just the tobacco companies that were guilty of this kind of malevolent activity. The sugar industry also spent years hiding data and bribing scientists to keep inconvenient research under wraps, all the while advertising Lucky Charms and Kool-Aid on children’s TV.

In 2016, a paper published in JAMA Internal Medicine revealed the sugar industry had funded research in the sixties underplaying the risks associated with eating the white stuff, instead pointing the finger of blame at fat. According to the article authors, sugar bigwigs have been attempting to control debate around the dangers and merits of sugar and fat consumption for the past five decades.

For example, a 2011 study made the shocking (and entirely unscientific) claim that children who eat candy weigh less than those that do not. Dig a little deeper and it turns out that the research was funded by the National Confectioner’s Association, a group that represents companies like Hershey and Skittles. Then, in 2015, it was revealed that soda giant Coca-Cola had funded studies linking weight loss to exercise to undermine the important role poor diet plays in obesity.

The US government really did investigate UFOs

So much for Area 51 being a fiction conceived by conspiracy theorist loons. Last year, the Pentagon confirmed that the US government had been investigating “anomalous aerospace threats”, or what you and I might refer to as UFOs.

Between 2008 and 2011, the Advanced Aerospace Threat Identification Program received close to $22 million, which, admittedly, isn’t exactly a large slice of the Defense Department’s annual budget of $600 billion. Ultimately, the experiment came to nothing and the program was closed down – at least, that’s what official sources are saying.

…and employed Nazi scientists after WW2

For those who haven’t seen Doctor Strangelove, the film’s titular character is a former Nazi with a severe case of alien hand syndrome working as a scientific advisor to the US president, who he intermittently referred to as “Mein Fuhrer”.

The premise seems farfetched but rumor has it he was modeled on Wernher von Braun, who was just one of the 1,600 or so Nazi scientists sent to work in the US following German defeat in World War II. The program, called Operation Paperclip, was exposed in media outlets like the New York Times in 1946.

Some of these scientists were involved in Project MK-ULTRA. Von Braun, however, was put to work as director of the Development Operations Division of the Army Ballistic Missile Agency. He was heavily involved in the moon landing and developed the Jupiter-C rocket used to launch America’s first satellite. Before that, he had been involved in the V-2 rocket program, where he used prisoners from the concentration camps to assist him. Others in the program had similarly dodgy pasts, with some having even been tried at Nuremberg.

Water can affect the sex of frogs – sort of

Alex Jones, the far-right radio host and conspiracy theorist of Infowars fame, claimed chemicals in the water are turning frogs gay. While there doesn’t seem to be a whole lot of evidence to back up his “theory” that water is affecting frogs’ sexuality, some studies seem to suggest man-made chemicals do have an effect on a frog’s sex.

A 2010 paper from the University of California, Berkeley, found that as many as one in 10 male frogs exposed to atrazine, a common pesticide, experience a hormonal imbalance that effectively turns them female. They produce estrogen, mate with males, and even lay eggs. More recently, studies have shown that chemicals found in suburban ponds and road salts can also affect a frog’s sex.

While the role of man-made chemicals in the environment may be problematic from a reproductive point of view, there is nothing unnatural about animals switching sex. Shrimps, clownfish, coral, and frogs all have the ability to do so. There is also no evidence to suggest that chemicals in the water can affect human sexuality or imply the US government is trying to make children gay with juice boxes, as Jones claims.

The Public Health Service watched as black men died of syphilis unnecessarily, in the name of science

Syphilis is a nasty disease that, if not treated, can result in blindness, paralysis, and/or death, and until the discovery of penicillin, there was no cure. Still, that does not excuse the unethical treatment of poor, black men who were recruited to take part in a program to record the natural progress of the disease.

The “Tuskegee Study of Untreated Syphilis in the Negro Male” began operation in 1932, when 600 men from Macon County, a deprived region of Alabama, were drafted. Of those, 399 had syphilis. The men were misled and told they would receive treatment for “bad blood”, which they did not recieve.

What’s worse, the researchers continued the experiment after penicillin became the accepted treatment for syphilis in 1945. The experiment, initially projected to last six months, carried on for 40 years. For some reason, doctors decided it was in medicine’s best interest to watch the men die a slow and painful death unnecessarily. The research came to an end in 1972, after The New York Times published a story on the study. During the trial, 28 men died of syphilis, 100 more from related causes, and 40 spouses contracted the disease.

In the forties, similar experiments took place in Guatemala, where hundreds of men and women were purposefully infected with syphilis.

The US government did poison alcohol supplies, on purpose

Politicians introduced Prohibition in 1920 to curb the nation’s drinking habit, but speakeasies multiplied and bootlegging (the illegal production and distribution of liquor) was widespread. Apparently, putting something in law is not enough to actually change people’s behavior, so the US government came up with a drastic, far more sinister solution: poison the illegal liquor supply.

To do this, the government started adding toxins like benzene and mercury to alcohol in the mid-1920s. The most lethal, however, was methanol, otherwise known as wood alcohol, a substance normally found in industrial products like fuel and formaldehyde. Drinking this stuff can cause paralysis, blindness, and even death. In total, it is estimated around 10,000 people died as a result of the government’s moral crusade.

Ultimately, even poisoning the liquor supply wasn’t enough to dampen the country’s taste for alcohol and the practice died down. Prohibition ended in 1933, but the government adopted a similar tactic in the fight against marijuana use in the 1970s. 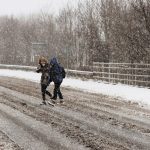