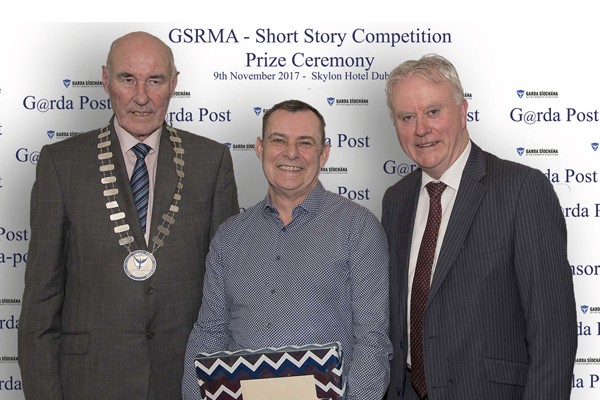 The Garda Síochána Retired Members Association hosted its annual GSRMA Short Story Awards recently. The event was sponsored by Garda Post/Universal Media and took place at the Skylon Hotel Dublin, Drumcondra. This is the second year of the competition and is open to the over 8,000 retired Gardaí in the country.

It is a strictly fiction short story competition and surprisingly both the winning entries for the last two years have not drawn on the writers’ careers in policing but more on their personal lives.

The entries were judged by leading Joycean scholar, John McCourt, Professor of English Literature, Università di Macerata, Rome and Colin Teevan, playwright and author of the miniseries ‘Charlie’ and ‘Rebellion’ who has also premiered shows in National Theatres of Ireland, Scotland and the Royal National Theatre in London.

The judges commended the high quality of the entries and the varied and eclectic styles employed by the contributors.  Speaking on the night Adjucator John McCourt, Professor of English literature at the University of Macerata in Italy, talked about what makes for a good short story and quoted one of the founders of the genre, Edgar Allan Poe who argued that the short story – like all works of art – must strive for a “unity of effect” and that the author should try to figure what effect he or she wishes to have on the reader of the story. Poe also prescribed that the story, if it is truly to be a short story, should be of length that allows it to be read in a single sitting.

McCourt talked about how Irish writers were particularly at home with the short story form: this perhaps was because the short story developed out of the oral tradition of storytelling  and because of the fragmented and fractured nature of Irish history, which could be better reflected in the short form than in the tradition of the long novel. He cited writers like James Joyce, who employed a style of “scrupulous meanness” when composing his classic short stories in Dubliners and Frank O’Connor whose theories of the short story, as enunciated in The Lonely Voice, had been so influential.

Because they are short, many people feel that the short story is the perfect place to make a start in creative writing. But short stories are deceptively difficult to write well and require as much distillation and craft as a good poem. As Anne Enright put it recently, “The short story is, for me, a natural form, as difficult and as easy to talk about as, say, walking”.

McCourt commended the four prize-winners, singling out second-placed Black Boots and Wellingtons for the manner in which it maintained a constant tone, held its focus on the young protagonist’s point of view, created a sense of mystery, and did not feel the need to explain too much to the reader. The story brilliantly captured a small community, the gap between generations, and the sensitivity of the protagonist towards the death of an elderly neighbour.

The story which won first prize, “I am a Football” was described by McCourt, as exceptional for its use of language and humour. It captured 1970s Ireland through its hilarious evocation of the Sunday evening recitation of the Rosary, again from the point of view of a young boy, whose evening is weighed down by the need to compose an essay for school entitled “I am a football”. The writer transmits the boy’s point of view through carefully chosen informal language and maintains the tone throughout in what is both a comic triumph and a sensitive and restrained depiction of the special relationship between a father and son.

The Runners up on the night were: 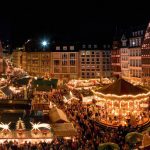 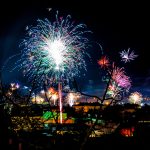