Future of Policing Report: What it says

A new approach to Garda training and instilling a more visible presence of members within communities are among the proposals made as part of the report by the Commission on the Future of policing.

A cost-effective, well-managed service, equipped with properly trained members is what is included in measures to provide a professional, ethical, modern and effective police service. The reform will also include the structuring of a new framework for national security that will pool intelligence and information and provide long-term threat assessments.

Kathleen O’Toole has said the people of Ireland have spoken ‘loud and clear’ and that the Commission understands they want for more Gardaí to work in and with communities across the country. The topic of community safety will be serviced through a new district policing model, making communities the central focus for An Garda Síochána. The nation has placed a ‘great importance to community policing, but many complained of a lack of community police visibility’, according to Ms. O’Toole.

Developments for training and education are a second key aspect to the report, and it is intended that a partnership with higher education institutions around the country be established. Templemore will focus on sharpening specialist police-craft and in-service training.

The report is compiled of the following ten principles:
1. Human Rights are the foundation and purpose of policing
2. Policing and national security are not the responsibility of the police alone
3. Accountability and oversight structures for policing should be clear and effective
4. Internal governance must be strong and efficient
5. Police duties should be clearly defined and resources deployed accordingly
6. An Garda Síochána should be structured and managed to support front line policing
7. The people of An Garda Síochána are its greatest resources
8. Policing must be information-led
9. Policing should be seen as a profession
10. Policing must be adaptive, innovative and cost effective

Ms. O’Toole recognises the ambition of the Commission’s report but believes it is comprehensive and ‘totally achievable’. The programme of reform aims to put Irish policing where it needs to be; at the forefront.

See a full copy of the report here. 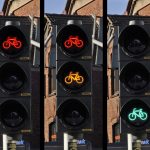 Project EDWARD: How to Take Part 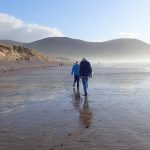