Garda Memories: Donegal in the 60’s, JFK’s visit & the foot and mouth outbreak of 67 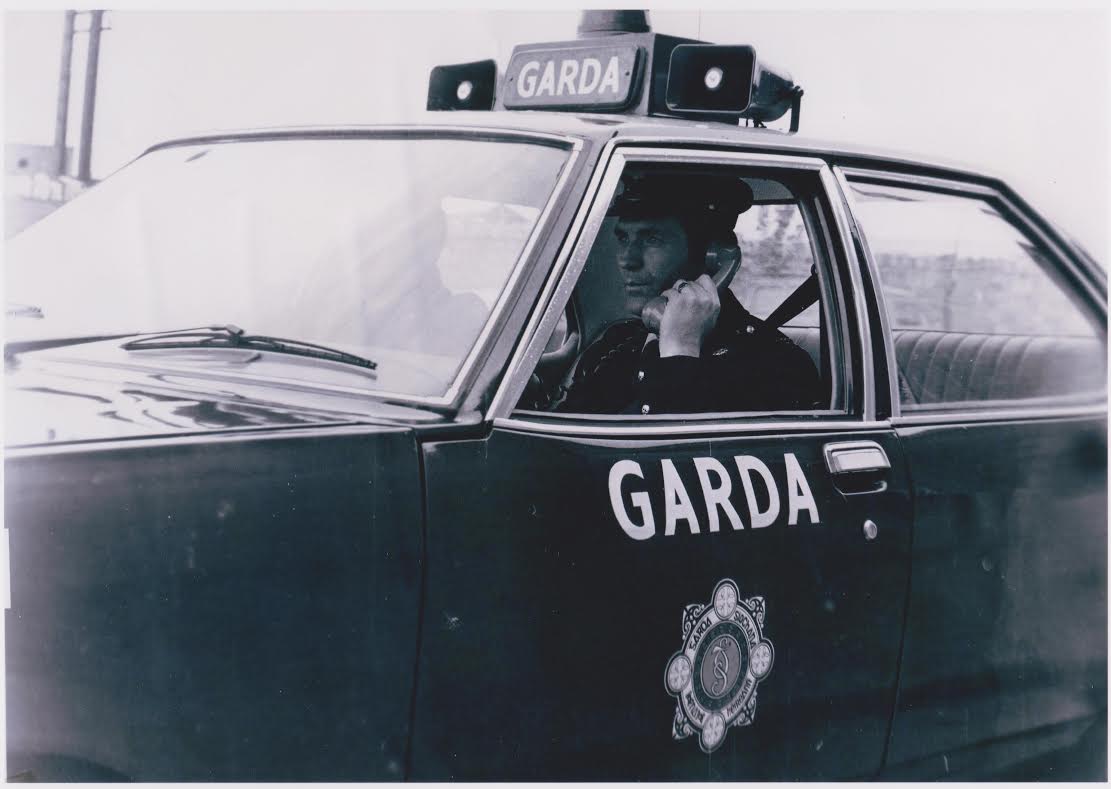 Liam Kitson was stationed in Clonmany, Co. Donegal in the early sixties, and later in the small village of Pettigo on the border of Donegal and County Fermanagh. During his time in the picturesque village of Clonmany, Liam had many interesting experiences, including an encounter with members of the German War Graves Commission, and another occasion where he was sent to guard sensitive radar equipment for the Royal Navy after a nearby air-plane collision. On the 29th of June, 1963, President John F Kennedy was flown by helicopter into the Sportsground on College Road, Galway as part of the legendary Irish visit. Liam was sent with 20 others to guard the Presidential Helicopter and got to see the President and First Lady in the flesh before the tragic events of Dallas later that year. Liam kindly shared his rich experiences and memories with us.

Do you have fond memories of your time in Clonmany?

I worked in Clonmany from 1959 to 63. I have very, very pleasant memories of it in actual fact. They were the greatest people on God’s earth. I remember the time when my transfer came through to the station in Buncrana, and one of the guys said to me “Kitson, you won’t last six months in Clonmany – the Urris men will string you up!” Urris is a townland an the outskirts of Clonmany subdistrict out at the beach, and it had a reputation for being tough, but they were the greatest people on God’s earth. They were all fishermen, and if you treated them properly, they respected you for it.

It had a history of poitin distilling in the old days.

That’s for sure. It was coming to an end by the time I was in it.

Was it quiet working in Clonmany?

There was a Sergeant and 3 Guards stationed there. Summer was very busy because in those days during the holiday period they used to call it the Scott’s Holiday because half of Scotland used to come over! There were a couple of boats used to come up the Derry Quay and they brought a lot of Scottish visitors for the months of July and August, so it was quite hectic for those months. There was also a party of Christian Brothers who rented a house in Ballyliffin every August.

And you had an encounter with some members of the German War Graves Commission while you were in Clonmany?

When I was Barracks Orderly on one occasion there was a knock on the door. I was confronted by two men dressed in long leather coats not unlike those worn by members of the German Gestapo during World War II. They presented their credentials and it turned out they were members of the German War Graves Commission. During World War II, quite a number of submariners – U-Boat men – were lost at sea and their bodies washed up at Leenan Bay and different places, and there was an  old derelict Church of Ireland church on the road to Urris, and there was an old graveyard where the bodies of some of these German seamen were buried. The two men, from Germany, had the necessary documentation to permit them to examine the graves and repatriate the remains which they discovered there.

They must have had assistance at government level because they certainly knew what they were looking for. Apparently there were also more bodies found buried on the grounds of Carndonagh Hospital which was was about ten miles down the road to the Malin.

Did the Germans from the Commission stay in Clonmany long?

They stayed for three or four days, and then they went on to Carndonagh. One of the Guards was delegated to stand over the grave while they were searching. There was a language barrier naturally enough but they were quite pleasant. On all sides, on the British side as well, there were a lot of people, especially airmen, lost.

Can you tell us about the incident where you were sent to guard sensitive radar equipment?

In November of 1962, while I was still in Clonmany, I was called to report to the District Headquarters Station at Buncrana on temporary duty. At that time, there was an anti-submarine training school situated at Eglinton, County Derry, for the Royal Navy. On that particular occasion, two planes had taken off on a training exercise from Eglinton. The weather conditions were very bad – it was extremely foggy. The result was that the two planes collided in mid-air over Lough Foyle and crashed on a hill below Greencastle, killing all six crew members.

The reason for our temporary duty was to guard the wreckage because there was quite a bit of radar and other equipment on the air planes – what you would call sensitive equipment which was quite important to the powers that be at the time. So we were designated to guard the wreckage until the Naval Authorities arrived to collect it. There was always a squad car, and least four of us in the car, during each duty, and we guarded it for something in the region of a week. It went on for that length of time because there was a lot of digging and searching in order to find all the radar equipment.

In 1963, you were part of a team of twenty Guards who were sent to guard President John F. Kennedy’s helicopter.

On the 29th of June, 1963, Kennedy came to Galway, and the Presidential Helicopter landed on the sports-grounds, and he and the First Lady stepped out there and they were driven on to Eyre Square for a reception and speeches, and then the helicopter flew to a ballroom in Salthill called Seapoint and it was parked in a massive car park on front of that. It was our job to guard the helicopter until the president came out of the city.

Did you get to see the man himself?

Yes, and he was an impressive figure to see, as was his good lady!

It must have been very exciting to witness that part of history?

It was. That was the 29th of June, ‘63, and it was November in which he was assassinated. The excitement regarding the visit in Ireland was massive at the time. All the stops were pulled out for the visit. I don’t believe that up to that time there was ever a US president who visited Ireland, and of course there was particular excitement because of the Irish connection.

The mood of the country must have been shattered a few months later when the news came back from Dallas?

Yes. I remember sitting down for my evening tea, and there was a black and white 14 inch television in the corner, and there was one of those game-shows on the BBC, one of the few stations you could get at the time. There was a newsflash in the middle of it that said that President Kennedy had been assassinated. He had been shot some time after one o’clock in Dallas, but with the time difference we were only getting it at about seven o’clock, and the newsflash on the BBC was the first indication we had of what had happened. It was a complete shock.

You also had some interesting experiences during the foot-and-mouth outbreak of 1967?

At that time I was stationed in Pettigo, which was divided by the border – one half of it was called Tullyhommon, which was located in Fermanagh, and the other half was Pettigo, Co. Donegal, which was part of our sub-district. I was the officer in charge there because during the foot-and-mouth outbreak because the Sergeant had an accident and was on extended sick-leave.

I got a phone call one day and I nearly fell off the chair because the voice said “This is the Commissioner’s Office”! The next question was how many men would it take to close off the Border? There were fourteen crossing points from Northern Ireland into the Republic, and the decision was taken to guard them, 24 hours, six hour shifts: 7 am to 1 pm, 1 pm to 7 pm, 7 pm to 1 am, and 1 am to 7 pm. So we wound up with 85 men, mostly down from Dublin city.

The biggest problem was getting accommodation for all these guys. We put them anywhere and everywhere! My recollection of it is that they were there all through Christmas. At the Customs Post, the procedure that Christmas was that every person had to get out of the car and step into a bath of Jeyes Fluid or whatever detergent they had at the time, and then wipe their feet off on a big mat which was on the road.

Was it good craic while all the lads were stationed there?

Oh, the craic was mighty, no doubt about it. We were working around the clock, and most of the pubs were a bed and breakfast-type of a thing, and of course they never closed because with the shift pattern coming in at all hours, there was activity going on all the time.

The foot-and-mouth issue was very serious at the time because the cattle trade was very important to the farmers at the time. The only other thing that sticks in my mind was that I was a Derry man born and bred and I took a notion to join the Garda Síochána. My mother’s sister, who was my godmother, was working in England during the War in the 40s, and there was a Garda hurling team who used to come over to play a match in London, and my godmother eventually married one of them.

He  was the man who actually talked me into joining the Guards. I had finished college in June of that year and I was in a dilemma as to where I would go next. I had an opportunity to become a teacher which I don’t think I would have enjoyed very much, so my uncle persuaded to put in an application for the Guards. I had one brother, and a year after I joined the Guards, he joined the RUC, so my father must have been the only man in Ireland who had a son on each side of the border!

I was a member of a class of 25. In those days we were taken in batches of 25. In 2006, I got a phone call out of the blue from one of the guys who had been in the class to ask me would I meet him for a get-together of the survivors to celebrate our 50th anniversary. I said I would be delighted, and eleven of us turned up and we sent a night in the Hudson Bay Hotel in Athlone. The eleven of us had so much craic we said we’d keep it going, and this time next year, if God spares us all, we’ll be celebrating the 60th. 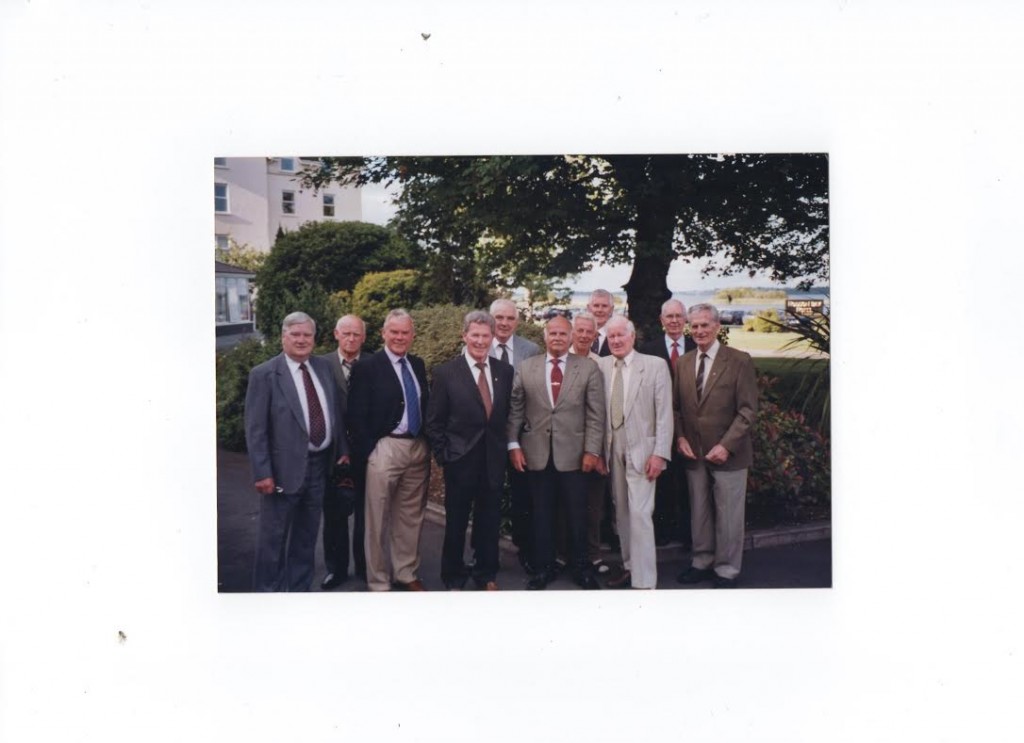 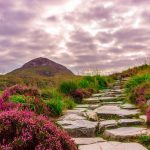 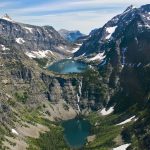