Top 10 Places to go After Lockdown 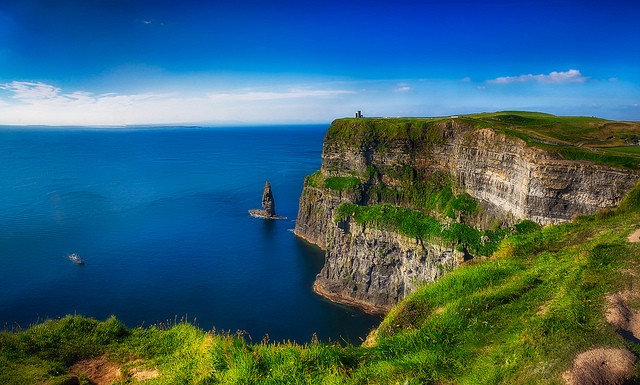 This year has been something no one could have predicted … hard to believe, it housed the Australia Wildfires, anticipation of World War 3, Brexit, the American Election… oh, and can’t forget, Covid-19.

Although it doesn’t seem like it now, things will eventually return to a degree of normalcy and we will once again be able to travel freely around our own country, and eventually, around the globe.

We have compiled a list of, in no particular order, the Top 10 Places in our own Ireland to visit. Let’s be honest, we’ve all heard of these places and sites but who has taken the time to cross them off their bucketlist??

If you’re looking for a Staycation:

1. Ring of Kerry: If you like it you gotta put a Ring on it! The 120-mile long drive around the Inveragh Peninsula is absolutely breathtaking. Whether you do the drive yourself or take a tour bus (the tour bus goes counter-clockwise, by the way), it is a must on your Staycation bucket-list. This tour gives way to wildlife rivers, coastal views and forrests. Fun fact: with it’s close proximity to the Atlantic Ocean, it actually gives way to some of Europe’s finest beaches.

2. Dublin: Being the Capital City there are always things to do! New York City thinks they own the title as the City that never Sleeps, but they’ve got nothing on Dublin. Whether you’re grabbing a pint at the Guinness storehouse, or grabbing a local chipper when you’re craving a bag of chips as you stroll through the cobles, there is something for everyone. Make your way to Phoenix Park, schedule a visit at Kilmainham Gaol, hitting the Epic museum or heading out to Poolbeg Lighthouse, you’ll never be bored.

3. Wicklow: Grab an ice-cream before strolling along the beach, or get your steps in by hiking Bray Head. Just grab The Dart and spend the day taking in the ocean-scenes; it’s nickname is literally, “Gateway to the Garden of Ireland,” who wouldn’t want to visit that? Grab your bae and head to Bray! See the sun hit Martello Terrace lining the beach, or take a second-hike up Wicklow Mountains Nation Park. Not necessarily a hiking-fiend? Powerscourt Gardens & House or Killruddery House & Gardens is a great way to take in the views without the hassle of workout-gear.

4. Cliffs of Moher: Fans of Game of Thrones will see an iconic battle-site, photographers will drool at the stunning scenery, and those who are afraid of bridges … well, avoid the Carrick-A-Rede bridge, but for all others it’s a must-see! Walk along it’s highest-point, hitting 214 metres and stretches eight kilometres, and attempt to take in the vast Atlantic Ocean views. Whether you go first thing in the morning, or hit it at sunset, rain or shine, the views are … there are simply no words. Did we mention they’re 350 million years old? They don’t look a day over 200 million.

5. The Aran Islands: Oh Man … of Aran, do we love this section of Ireland (not sorry about the play on words there). Here you have your pick of three islands, Inishmore, Inishmaan and Inisheer, giving you a trifecta of views, sights and taste of the Gaelic language. Did we mention the great stone fort of Dun Aonghasa and the towering cliffs of Aran? There’s just so much!

6. Skellig Michael: If you’re looking to get out on the ocean but not go too far, this trip is perfect for you! This World Heritage Site sits twelve kilometres off the coast, housing a former 6th century monastic settlement; chosen by a small group of ascetic monks in their pursuit of a greater union with God. To add to the historic part of your tour, you’ll also be brought around to see it’s wildlife; Skellig Michael is an important breeding site for seabirds. History buffs, unite!

7. Cork: The kissing of the Blarney Stone … this might not necessarily be a staple-move given our new fondness for extreme hygiene, but the Stone itself is still something to see – and did you know there is a castle and gardens there, too? Huh, the more you learn. Take the kids to see the Buffalo at Fota Wildlife Park or the Blackrock Castle Observatory, or grab some snacks at the English Market and eat it while taking in the sights at Fitzgerald Park. Looking to take in some historical sides of Cork? Collins Barracks Military Museum, the Titanic Experience Cobh or the Crawford Art Gallery … these are just a FEW of the many sites and things to do in beautiful Cork.

8. Galway: Does anyone else suddenly have the urge to belt-out Steve Earle’s Galway Girl every time this gorgeous city is mentioned? Besides buying yourself or loved one a Claddagh Ring from the place it all began, you can also check out some amazing historic sites. Take in the sun (sometimes it comes out, we swear) in Eyre Square, fulfill your Hunchback of Notre Dame dreams at Lynch’s Castle – home to stone gargoyles –  or swim with the fishies (not literally) at the Atlantaquaria. Let’s just say, you’ll lose your heart to this Galway tour.

9. The Rock of Cashel: This is our most visited heritage site. Hanging out atop a limestone rock formation in the Golden Vale, it houses medieval buildings like the High Cross and Romanesque Chapel (a 15th century castle and 13th century Gothic Cathedral). You will be treated to an audio-visual tour and exhibit, and legend has it this was once the seat of High Kings of Munster … you know, prior to the Norman invasions. All this located in Cashel, Co. Tipperary.

10. Dingle Peninsula: Looking to get away but don’t have a whole weekend to give up? Hop in your car and drive along part of The Wild Atlantic way; it’s a 1,700-mile marked route around our West and adjacent coasts. Take in the beauty while at the same time participate in a piece of history – it’s true! The region is designated as a Gaeltacht, but don’t worry there is English on the signs too if you’re not as fluent as you once were. Your trip will end at Dunmore Head where you have your pick of beaches and cliffs, stone huts built by Monks in the early Middle Ages and statues dating back to the Bronze Age. It’s like a Groupon but with sights!

Don’t forget to check out our Top 10 destinations outside of Ireland to visit when this all goes back to “normal”! 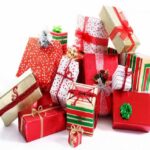