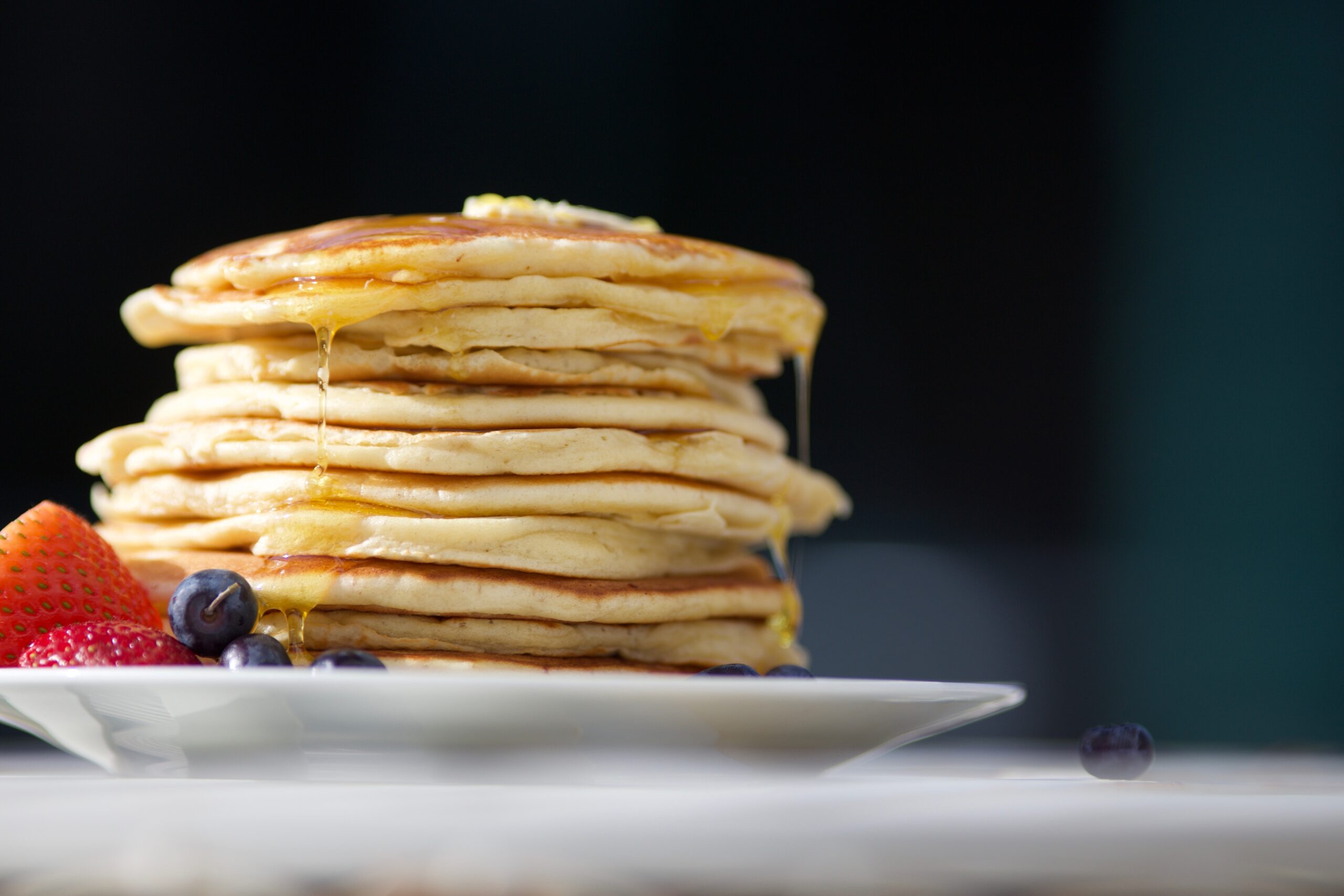 Today is the day we all go flipping crazy for pancakes! Pancake Tuesday, or Shrove Tuesday, to give it its proper name, always falls before Ash Wednesday which marks the start of Lent. Shrove Tuesday is observed by Anglicans, Catholics and Methodists, so called because it relates to the word ‘shrive;’ which means ‘absolve’. Shrove Tuesday is a day for deep reflection and soul searching before Lent begins in earnest.

In days of old, the fasting and abstinence of Lent was taken very seriously indeed.  Meat was banned and most Irish families ate only one small meal per day, probably potatoes, without the usual butter and milk! On the day before Ash Wednesday all the rich foods in the house had to be used up. Eggs and milk were among these. The wily housewives of the time used them for pancakes, and the tradition has stuck. Pancake Tuesday is celebrated all over Ireland and in the UK too. In South America, Pancake Tuesday is called Mardi Gras – ‘Fat Tuesday’, which has the same religious connotations.

Lent is still observed in Ireland, but rather than complete fasting, many choose to use the time to give up something they really enjoy. Chocolate, alcohol, cigarettes, coffee and TV are just some of the things people abstain from during Lent. It’s a good excuse to get into the swing of a change of habits and/or a healthier lifestyle. At least for a short while!

We are eating pancakes a bit later than usual this year, because Easter Sunday is falling early on the 4th April. You will probably be making pancakes for the family this evening. The traditional way to eat them is straight from the pan, with lemon juice and sugar sprinkled over. But we have a few extra ideas from our chefs, to add a little variation to the theme.

Follow this Good Food Ireland link for delicious savoury pancake ideas and quite a few sweet ones (naturally) to whet your appetite. Happy Pancake Tuesday!

This article first appeared on www.goodfoodireland.ie and was written by Good Food Ireland