A broken engagement and murderous revenge on Eyre Square

Thomas Parry had one thing on his mind when he visited Galway on July 29th, 1884.

On a Monday evening in late July, Thomas Parry boarded a train to Galway. Arriving shortly before midnight, he checked into the Imperial Hotel on Eyre Square, ordering supper alongside 2½ glasses of whiskey.

He tipped the waiter and bought more drinks – two bottles of porter. At some point in the night, he penned a letter to his father before going to bed.

At 6am, he called for another whiskey, and another two hours later. He left the hotel shortly after without taking breakfast and with a loaded revolver concealed in his pocket.

For about eight months leading up to July 29th, 1884, Parry had been engaged to a young woman named Alice Burns. Burns’s stepfather, Mr Mack, ran Mack’s Royal Hotel at the time; a popular Eyre Square accommodation which stood on the site that is now Supermac’s flagship store.
Final correspondence

She had been staying with family in Galway city while Parry continued to work as a steward and stock manager in Edenderry, Co Offaly. In the days before he boarded the late train, Parry unexpectedly received his fiancee’s engagement ring in the post, along with a letter that Burns intended to be their final correspondence.

According to one report in The Irish Times, in the time Burns had been living in Galway, “she accepted the offer of another respectable young man, and forthwith communicated with Parry, who was then residing at Edenderry, returning him the engagement ring which he had purchased for her, and informing him that that letter was to end all communication between them”.

Parry did not respond to the letter, deciding at short notice to travel west, instead. He selected the Imperial for a reason – it was next door to the Royal.

Parry left his hotel and walked next door. After speaking to a servant, he made his way to the dining area, where – as planned – he found Burns.

“When he entered the room he said he was sorry to intrude,” reads the report. “He shook hands with Miss Burns and with her sister and niece. He asked Alice why she had thrown him over.

“The witnesses, who would be examined, could not say what was her reply. He said, ‘We will see,’ and as soon as he had said that he drew back about a yard, drew a revolver out of his pocket and fired at the back of Alice, who was sitting at the table.”

Alice screamed and ran to the door. Parry followed and shot her again in the back. After she fell, he discharged twice more, and “one of those four pellets passed through her heart and killed her on the moment”.

Alice was carried into another room but, by many accounts, was already dead. In the aftermath, Parry turned the revolver on himself, without the desired effect; the bullet only grazed his left flank.

He walked out of the hotel and down the steps to the street, where a man named O’Halloran, employed at the saddlery next door, snatched the revolver from his hand. He and another passerby named Donnellan held Parry down until the police arrived.

Thomas F Brady – then the Irish inspector of fisheries – was at the scene, too. “You ruffian, you have killed this woman, she is dead,” he said to Parry, who was restrained on the ground.

His trial the following December, as reported on the 12th in The Irish Times, heard Parry remained unrepentant in the police barrack a short time after the shooting, proclaiming: “I have come 112 miles to do it. I have shot her. I would not let any girl play on me. She was engaged to me for some months. She returned my letters and my engagement ring.”

In court, Parry’s defence was one of insanity, supposed evidence of which included a “hereditary madness” in his family; the defence pointed to a relative of his in an asylum and an “imbecile” uncle on his mother’s side.

Alleged behaviour by his father, too, was used to illustrate familial mental illness. Though his father had never been convicted of anything, the defence said he would have been if any of the cases went to court.

In one example, a witness said: “. . . 20 years ago the prisoner’s father took off his coat and waistcoat when going along a road, and jumped up on a wall, and that on the same day the police arrested him in consequence of his extraordinary behaviour”.

The defence spared no effort in trying to portray Parry as being of unsound mind. Once, the court heard, he threatened to shoot his mother after an argument. Another time, he was said to have been caught “violently thrashing a shepherd’s dog”. The defence intended to detail cases to do with his uncle, but that was disallowed.
Sunstroke

Dr Richard Kinkead, lecturer of Medical Jurisprudence at Queen’s College Galway and medical officer to the jail in the city, said Parry was cool and collected on the day he killed Alice. He answered questions rationally, he thought. However, the doctor “came to the conclusion that the prisoner did not know what he was doing was wrong, though he knew what the legal consequences of the act would be”. His change in capacity was attributed to, among other factors, a nasty bout of sunstroke he suffered the previous summer.

Cross-examined by the prosecution, the doctor admitted that nowhere in his patient notes up until the trial date did he mention he thought the man was insane. Three other doctors – Dr Browne, Dr Rice and Dr Bradshaw – contradicted Dr Kinkead, insisting the accused was of sound mind.

Of vital importance was the handwritten letter discovered on Parry when he was arrested – the one addressed to his father, written after he arrived in Galway. Crucially, it contained an insight into his motive, clear of any confusion. It included the line: “I will be sure no other fellow will have the chance of having her when she does not want me.”

The jury found Parry guilty of murder, recommending mercy due to his exasperation on July 29th “by reason of the letters he had received from Alice Burns”.

The judge didn’t have the same sympathy. Instead, he said the “law had given him time to prepare his defence. He should now have time to prepare to meet his God.” Parry was asked if he had anything else to say as to why he shouldn’t be put to death.

“I have nothing to say only that I am sorry for it, but my mind was not in a sound state when I did it,” he offered.

“I am very glad to hear you express that,” replied the judge, “and I trust that the short period that will be allowed to you in this world, you will make your peace and endeavour to obtain forgiveness from your maker.”
Reprieve

Parry was sentenced to hang on January 13th, 1885, but the executioner, James Berry, would have to wait until the 20th to carry out his duty. Parry had a one-week reprieve to facilitate yet another medical exam – one which ultimately did not change the course of the law.

At Galway jail on the morning of the 20th, Parry was handed over to Berry and his assistant, Richard Chester, according to an Irish Times report four days later. Much to the annoyance of Berry, the two Englishmen had been lodged in the Gaol for some days – Parry wasn’t their only assignment in Galway that week.

Parry refrained from eating that morning, drinking only a glass of wine given to him by Dr Kinkead. He was escorted to the scaffold and “walked firmly, looking at times vaguely and wistfully around him”.

Once the prisoner was in position, “Berry stood aside, cast a hurried glance at the preparations, drew the lever, and the body of Thomas Parry disappeared into the pit below.

“A cold thud followed, the rope oscillated gently, and all was silent.”

This article was originally published on irishtimes.com in July 2017 as part of Dean Ruxton’s Lost Leads series of historical crime stories. It is now the subject of a book, When The Hangman Came to Galway, by Dean Ruxton, published by Gill Books (€16.99) available now. 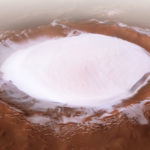 NASA finds water ice just below the surface of Mars 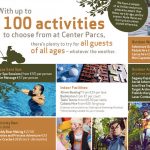 Center Parcs Ireland: 10 ways to save money at Longford Forest