Adams ‘will not name man’ in Stack murder controversy 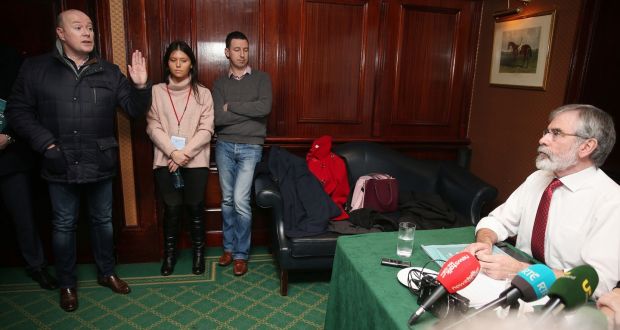 Sinn Féin leader Gerry Adams says he will not name the senior IRA figure at the centre of the Brian Stack murder controversy because there is no “truth and reconciliation process” in place.

“If we come around to how this is being handled now and there’s no truth and reconciliation process in place – how on earth are we to get such a process in place if the awful killing of this man, like all of the others, becomes a subject of political point scoring that’s ongoing,” he told RTÉ’s Morning Ireland.

“How on earth, if we break the confidential process, are we going to get to the end of the road for all of the families who have been bereaved.”

Mr Stack (48) was the chief prison officer in Portlaoise prison when he was shot in the neck on March 25th, 1983 after leaving an amateur boxing contest at the National Stadium in Dublin. The father of three was left paralysed and brain-damaged and lived for 18 months after the incident.

Austin Stack confronted Mr Adams at a Sinn Féin press conference on Thursday and accused him of telling untruths in a Dáil statement about his knowledge of the murder. He urged him to give the information to the Garda.

Mr Stack’s sons, Austin and Oliver, were driven to meet a senior IRA figure in 2013 at an undisclosed location. They were informed at the meeting, which was facilitated by Mr Adams, that a member of the IRA had carried out the killing and had been disciplined for the unauthorised action.

“When we met the person involved, Austin assured him of confidentiality – even if the guards came to them,” said Mr Adams on Friday.

The Sinn Féin leader said he had sympathy for the Stack family. “There are thousands of families who want a truth and reconciliation process,” he said.

“I don’t want to minimise the fact that this was their daddy who was threatened and subsequently died as a result of the shooting. They put out a statement thanking me saying they’d gotten more information than three Garda investigations.

“Three years later there is an election campaign, and Micheál Martin and Fine Gael representatives then resurrected this issue and it was part of a negative election campaign against me and against the Sinn Féin party and the confidentiality agreement was thrown out.

“I was accused in the course of that of withholding information from An Garda Síochána – the only information I had was what was given to me by Austin Stack.”

When asked had he ever asked the IRA figure, described as a trusted confidante, who specifically murdered Brian Stack, Mr Adams replied: “No, I didn’t.

“Austin Stack says he knows the name, he says he has given the name to an Garda Síochána,” he said.

“What he told us was contained in a tight statement which was given to the Stack brothers which they then wrote down and they then asked him a number of questions. I took very little part in the discussion.

“He never said he know who killed Brian Stack – he said that he had information that the IRA was involved and then he explained that.”

When asked how that person was disciplined, Mr Adams said he did not know.

“I didn’t ask questions because the job I had to do was to bring closure to this family on a very specific brief which they had given me and which I delivered to them.”

Austin Stack later insisted “this individual (the trusted confidante) has information to an Irish murder enquiry.”

He alleged the entire process prior to the meeting organised by Mr Adams was “cynical”.

“He (Mr Adams) put in several conditions. He said there would be no meeting unless we said we wouldn’t be looking for prosecution. We said we need to get to the whole truth.

“We went to that meeting looking for the truth, they didn’t tell us the whole truth, that the murder was sanctioned,” he told RTÉ’s Today with Seán O’Rourke.

Austin Stack was adamant that the individual they met did tell them that the perpetrators were still alive, had been disciplined and would not meet the Stack family.

“I’m not getting into the politics – that’s a different game. We are trying to fight for the truth. It is incumbent on myself and my family to do that.”

Taoiseach Enda Kenny criticised Mr Adams on Thursday for failing to give a complete record of his knowledge of the killing and also insisted he should name IRA official and the driver who took the Stack brothers to meet the official. Mr Kenny’s spokesman said it was crucial that both names be made available to An Garda Síochána.

Read the Full Article her from The Irish Times 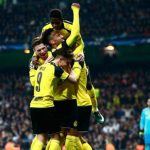 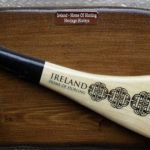