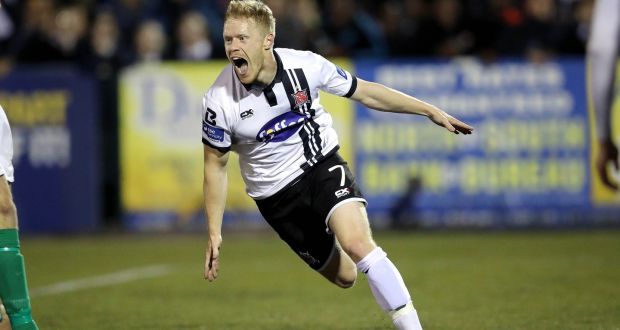 Their stadium’s shortcomings mean Dundalk have enjoyed almost all of their best nights this season away somewhere, whether Dublin or abroad, but the old place still rocks with a big crowd in it and as they watched Daryl Horgan star and the home side reassert itself in this title race with an enthralling win, the locals nearly shook Oriel Park to its very foundations.

Horgan will be remembered as the hero and will no doubt look to claim both of his side’s goals but there were a lot of standout performances in an encounter the intensity of which can scarcely have been matched this season.

Brian Gartland and Andy Boyle, in particular, will have taken some pleasure from the way they subdued their former team mate, Sean Maguire. The young striker returned to a ground where he felt he got far too few chances on a run of 13 goals in nine games, several of them yielding critically important points as City battled their way back to within one of the leaders.

Here, however, he spent the best part of the night trying to take down forward balls with his back to goal and with one of Dundalk’s two big centre-halves constantly breathing down his neck, it rarely went well for the 22 year-old.

Behind him, John Caulfield’s side could not have been faulted for their energy or enterprise and, after going two down, they did really well claw their way back into things with Mark O’Sullivan scoring with a close range deflected effort after Steven Beattie had got beyond Dane Massey to cross from the right.

It was virtually the striker’s first touch after replacing Gavan Holohan just short of an hour in and it was first league goal for the club since April. The difficulty was that Dundalk continued to battle them fiercely in every department after it went in, eventually edging a midfield battle that it had seemed they might lose early on, and as the minutes slipped by the locals looked at least a likely to get the next one as their increasingly desperate visitors.

There were murmurings beforehand when word got around that Kenny had made the call to replace Gary Rogers; a few weeks ago he was training with Ireland but, like Martin O’Neill, he watched this one from the sidelines as Gabiel Sava started in goal for the home side. It was a big call by the Dundalk boss but City never really created enough by way of clear cut chances to call it seriously into question.

Horgan certainly had chances from set pieces at the other end to restore his side’s two goal advantage but couldn’t quite find his range. The winger had taken a little while earlier to get going but after Pat McEleney went down and, to the outrage of Alan Bennett, was given a free on the edge of the area , the winger made his first mark on the proceedings with a curling free that clipped the underside of the crossbar and went in off the back of the unfortunate Mark McNulty.

The free looked soft, to say the least, but they say these things even out and on another night Bennett might have been penalised for what admittedly looked an unintentional hand ball inside the area and Greg Bolger would surely have walked for taking Chris Shields out 64 minutes in when already on a yellow.

The second goal, in any case, had neither controversy nor good fortune take any of the shine off it. Horgan picked up the ball well inside his own half where Bolger made a half-hearted attempt to take the ball, or him, but could only then watch from the ground as the 24 year-old powered through 40 metres of open space. After backing off for far too long, Kenny Browne made a belated attempt to halt his progress but the winger let fly with a shot that soared beyond McNulty and into the net.

It all felt a little cruel on a City side who were relentlessly brave but they were ultimately beaten by the better side on the night. They must now go home and try to pick themselves up for a run in which, they have to believe, a gap of four points need not be insurmountable.

As Alan Keane left the pitch in the 90th minute to a tumultuous ovation, though, and the roof was almost raised by the euphoric roar at the final whistle, it was abundantly clear what the home support believes: the current Oriel Park’s days may be numbered, but it hasn’t yet seen its final title celebration. 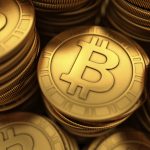 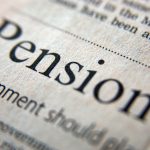