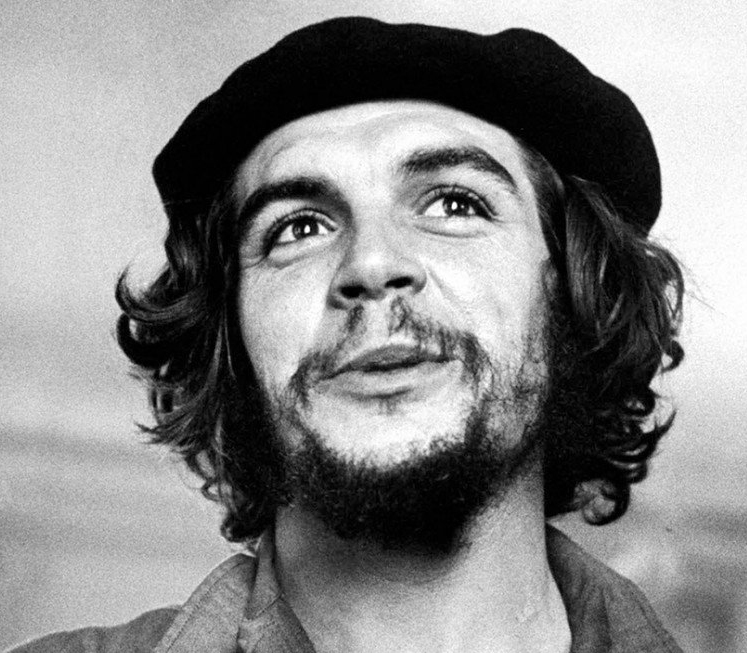 Che Guevara, by name of Ernesto Guevara de la Serna, (born June 14, 1928, Rosario, Argentina—died October 9, 1967, La Higuera, Bolivia), theoretician and tactician of guerrilla warfare, prominent communist figure in the Cuban Revolution (1956–59), and guerrilla leader in South America. After his execution by the Bolivian army, he was regarded as a martyred hero by generations of leftists worldwide, and his image became an icon of leftist radicalism and anti-imperialism.

Guevara was the eldest of five children in a middle-class family of Spanish-Irish descent and leftist leanings. Although suffering from asthma, he excelled as an athlete and a scholar, completing his medical studies in 1953. He spent many of his holidays traveling in Latin America, and his observations of the great poverty of the masses contributed to his eventual conclusion that the only solution lay in violent revolution. He came to look upon Latin America not as a collection of separate nations but as a cultural and economic entity, the liberation of which would require an intercontinental strategy.

In particular, his worldview was changed by a nine-month journey he began in December 1951, while on hiatus from medical school, with his friend Alberto Granado. That trip, which began on a motorcycle they called “the Powerful” (which broke down and was abandoned early in the journey), took them from Argentina through Chile, Peru, Colombia, and on to Venezuela, from which Guevara traveled alone on to Miami, returning to Argentina by plane. During the trip Guevara kept a journal that was posthumously published under his family’s guidance as The Motorcycle Diaries: Notes on a Latin American Journey (2003) and adapted to film as The Motorcycle Diaries (2004).

In 1953 Guevara went to Guatemala, where Jacobo Arbenz headed a progressive regime that was attempting to bring about a social revolution. (About that time Guevara acquired his nickname, from a verbal mannerism of Argentines who punctuate their speech with the interjection che.) The overthrow of the Arbenz regime in 1954 in a coup supported by the U.S. Central Intelligence Agency (CIA) persuaded Guevara that the United States would always oppose progressive leftist governments. This became the cornerstone of his plans to bring about socialism by means of a worldwide revolution. It was in Guatemala that Guevara became a dedicated Marxist.

He left Guatemala for Mexico, where he met the Cuban brothers Fidel and Raúl Castro, political exiles who were preparing an attempt to overthrow the dictatorship of Fulgencio Batista in Cuba. Guevara joined Fidel Castro’s 26th of July Movement, which landed a force of 81 men (including Guevara) in the Cuban province of Oriente on December 2, 1956. Immediately detected by Batista’s army, they were almost wiped out. The few survivors, including the wounded Guevara, reached the Sierra Maestra, where they became the nucleus of a guerrilla army. The rebels slowly gained in strength, seizing weapons from Batista’s forces and winning support and new recruits. Guevara had initially come along as the force’s doctor, but he had also trained in weapons use, and he became one of Castro’s most-trusted aides. Indeed, the complex Guevara, though trained as a healer, also, on occasion, acted as the executioner (or ordered the execution) of suspected traitors and deserters. He recorded the two years spent overthrowing Batista’s government in Pasajes de la guerra revolucionaria (1963; Reminiscences of the Cuban Revolutionary War, 1968).

After Castro’s victorious troops entered Havana on January 8, 1959, Guevara served for several months at La Cabaña prison, where he oversaw the executions of individuals deemed to be enemies of the revolution. Guevara became a Cuban citizen, as prominent in the newly established Marxist government as he had been in the revolutionary army, representing Cuba on many commercial missions. He also became well known in the West for his opposition to all forms of imperialism and neocolonialism and for his attacks on U.S. foreign policy. He served as chief of the Industrial Department of the National Institute of Agrarian Reform, president of the National Bank of Cuba (famously demonstrating his disdain for capitalism by signing currency simply “Che”), and minister of industry.

During the early 1960s, he defined Cuba’s policies and his own views in many speeches and writings, notably “El socialismo y el hombre en Cuba” (1965; “Man and Socialism in Cuba,” 1967)—an examination of Cuba’s new brand of communism—and a highly influential manual, La guerra de guerrillas (1960; Guerrilla Warfare, 1961). The last book included Guevara’s delineation of his foco theory (foquismo), a doctrine of revolution in Latin America drawn from the experience of the Cuban Revolution and predicated on three main tenets: 1) guerrilla forces are capable of defeating the army; 2) all the conditions for making a revolution do not have to be in place to begin a revolution, because the rebellion itself can bring them about; and 3) the countryside of underdeveloped Latin America is suited for armed combat.

Guevara expounded a vision of a new socialist citizen who would work for the good of society rather than for personal profit, a notion he embodied through his own hard work. Often he slept in his office, and, in support of the volunteer labour program he had organized, he spent his day off working in a sugarcane field. He grew increasingly disheartened, however, as Cuba became a client state of the Soviet Union, and he felt betrayed by the Soviets when they removed their missiles from the island without consulting the Cuban leadership during the Cuban missile crisis of 1962. Guevara began looking to the People’s Republic of China and its leader Mao Zedong for support and as an example.

The Congo, Bolivia, and death

In December 1964 Guevara traveled to New York City, where he condemned U.S. intervention in Cuban affairs and incursions into Cuban airspace in an address to the United Nations General Assembly. Back in Cuba, increasingly disillusioned with the direction of the Cuban social experiment and its reliance on the Soviets, Guevara began focusing his attention on fostering revolution elsewhere. After April 1965 he dropped out of public life. His movements and whereabouts for the next two years remained secret. It was later learned that he had traveled to what is now the Democratic Republic of the Congo with other Cuban guerrilla fighters in what proved to be a futile attempt to help the Patrice Lumumba Battalion, which was fighting a civil war there. During that period Guevara resigned his ministerial position in the Cuban government and renounced his Cuban citizenship. After the failure of his efforts in the Congo, he fled first to Tanzania and then to a safe house in a village near Prague.

In the autumn of 1966 Guevara went to Bolivia, incognito (beardless and bald), to create and lead a guerrilla group in the region of Santa Cruz. After some initial combat successes, Guevara and his guerrilla band found themselves constantly on the run from the Bolivian army. On October 8, 1967, the group was almost annihilated by a special detachment of the Bolivian army aided by CIA advisers. Guevara, who was wounded in the attack, was captured and shot. Before his body disappeared to be secretly buried, his hands were cut off; they were preserved in formaldehyde so that his fingerprints could be used to confirm his identity.

In 1995 one of Guevara’s biographers, Jon Lee Anderson, announced that he had learned that Guevara and several of his comrades had been buried in a mass grave near the town of Vallegrande in central Bolivia. In 1997 a skeleton that was believed be that of the revolutionary and the remains of his six comrades were disinterred and transported to Cuba to be interred in a massive memorial and monument in Santa Clara on the 30th anniversary of Guevara’s death. (On the 80th anniversary of his birth, another memorial to Guevara, a statue, was dedicated in his hometown, Rosario, Argentina, in 2008, after decades of acrimonious debate among its citizens over his legacy.) In 2007 a French and a Spanish journalist made a case that the body brought to Cuba was not actually Guevara’s. The Cuban government refuted the claim, citing scientific evidence from 1997 (including dental structure) that, it said, proved that the remains were those of Guevara.

Guevara would live on as a powerful symbol, bigger in some ways in death than in life. He was almost always referenced simply as Che—like Elvis Presley, so popular an icon that his first name alone was identifier enough. Many on the political right condemned him as brutal, cruel, murderous, and all too willing to employ violence to reach revolutionary ends. On the other hand, Guevara’s romanticized image as a revolutionary loomed especially large for the generation of young leftist radicals in western Europe and North America in the turbulent 1960s. Almost from the time of Guevara’s death, his whiskered face adorned T-shirts and posters. Framed by a red-star-studded beret and long hair, his face frozen in a resolute expression, the iconic image was derived from a photo taken by Cuban photographer Alberto Korda on March 5, 1960, at a ceremony for those killed when a ship that had brought arms to Havana exploded. At first the image of Che was worn as a statement of rebellion, then as the epitome of radical chic, and, with the passage of time, as a kind of abstract logo whose original significance may even have been lost on its wearer, though for some he remains an enduring inspiration for revolutionary action. 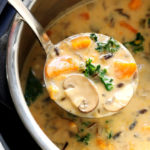 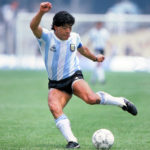