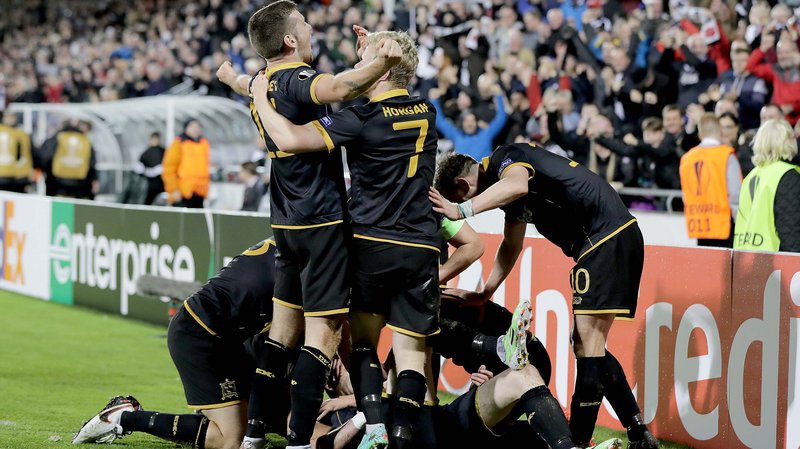 Ciarán Kilduff marked his 28th birthday in style as Dundalk moved into second place in Europa League Group D after an historic win over Maccabi Tel Aviv in Tallaght.

The magical moment came in the 72nd minute.

Inevitably, Daryl Horgan was involved, collecting a Patrick McEleney cross at the back post before creating a yard of space to deliver with his right foot.

The ball evaded Benson but Kilduff was in the right place to side foot home and secure the very first win by an Irish side in the European group stages.

Maccabi came to Dublin flying high after a five goal Tel Aviv derby win over Hapoel at the weekend. Top scorer Tal Ben Chaim was one of 11 internationals in their line-up. 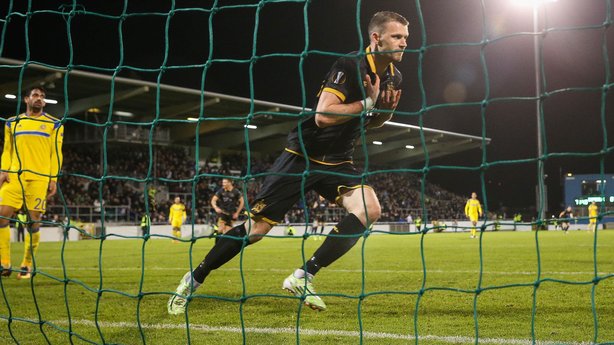 Under Kenny, Dundalk have looked at home against high calibre players and they bossed the first half here, taking the game to Maccabi right from the start.

Just 90 seconds were on the clock when David McMillan flicked an Andy Boyle clearance into the path of Patrick McEleney who left Eytan Tibi for dead in a foot race.

The Derryman steadied himself to make an angle for a right footed curler but his effort lacked conviction and Predrag Rajkovic made a comfortable save.

Republic of Ireland boss Martin O’Neill had kind words for Chris Shields following Dundalk’s 3-0 win over BATE Borisov in Tallaght back in August and he would have been impressed by the midfielder’s assured first-half display.

There is no doubt that O’Neill would also have focused his attention on Horgan and the little winger grew into things as the half progressed.

He collected a clever Benson pass inside the Maccabi penalty area in the 15th minute but opted against letting fly and the opportunity passed.

McEleney dragged a shot wide just prior to that and the visitors looked anything but watertight at the back with former Chelsea defender, Tal Ben Haim, having a pop at Rajkovic after a mix up in communication between the two with McMillan ready to pounce.

Shota Arvaladze’s side had their first meaningful attempt in the 17th minute through left-back Omri Ben Harush after a cross from the right was only partially cleared by Sean Gannon. Gary Rogers, however, dealt with the shot easily.

Dundalk upped it after that and they enjoyed a good spell of pressure around the 20 minute mark with Ronan Finn jinking his past a couple of yellow players in the box only to be denied by the legs of Rajkovic.

The Dundalk support were up in arms a minute later when Benson went down after nicking the ball past Ben Harush in the 18-yard box. Latvian referee, Andris Treimanis, waved away the appeals with a sheepish looking Benson suggesting that the official made the correct call.

Maccabi took the sting out of the game as it approached the half hour mark but Dundalk finished the half on the front foot. A good move on the left saw Dane Massey force his way through, allowing Finn to square it to Horgan but his effort was too central when either side of Rajkovic surely would have ended in a goal.

The second half saw Dundalk continue to press hard on the Maccabi players when they were in possession and the crowd were lifted again when Shields curled over the top from 25 yards after Massey’s dangerous cross from the left was headed invitingly into the midfielder’s path by Tibi.

Kenny introduced Kilduff for the tireless McMillan in the 65th minute and he almost made an instant impression, rising to head a Finn cross over the top less than 20 seconds after entering the fray.

Arvaladze looked visibly frustrated with his side’s display and he will no doubt will feel they should have pulled ahead in the 69th minute when Icelandic striker, Vidar Orn Kjartansson blazed over after good play by Medunjanin on the right.

They paid dearly three minutes later when Kilduff arrived on cue to crash home, sending Kenny running down the touchline in delight.

Massey made a stunning last ditch block to stop substitute Barak Itzhaki’s goalbound effort in the 85th minute and Dundalk went within a whisker of making it 2-0 a minute later when Horgan zipped towards the byline and turned the ball back for substitute John Mountney but Ben Harush somehow managed to divert the ball away for a corner.

Four minutes of stoppage time followed but the League of Ireland champions never looked in danger and they will now feel they have a genuine chance of making it out of the group. 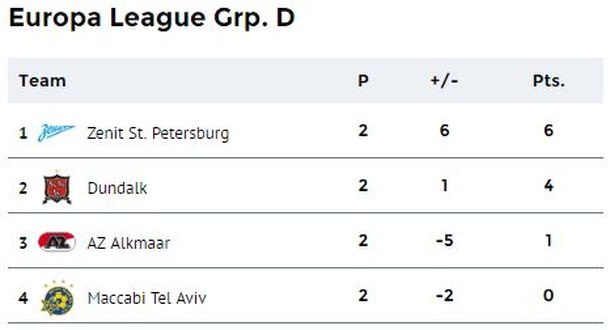 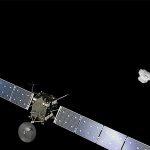 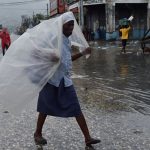