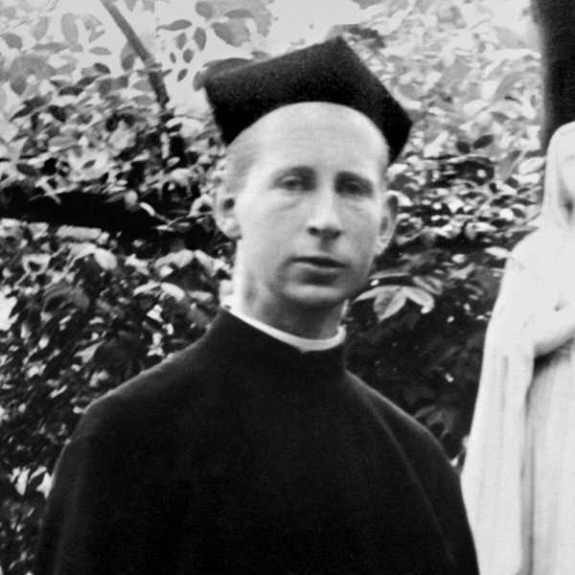 Father Francis M. Browne was born on 3 July 1880 in county Cork. He was the eighth child of Brigid and James Browne and baptised on 8 January at the Cathedral Church of SS. His mother died the following day of puerperal fever.

Francis’ mother Brigid Browne was the eldest daughter of James Hegarty, Lord Mayor of Cork, a wealthy merchant. James Browne was also a merchant, he died tragically when Francis was in his teens: drowned while ocean swimming at Crosshaven, County Cork. Francis’ uncle Robert Browne, Bishop of Cloyne, living in Queenstown, took care of the young man.

Browne attended the Bower Convent in Athlone, Christian Brothers College in Cork, Belvedere College in Dublin and Castlenock College in Co. Dublin. In 1897 he graduated and then toured through Europe: France, Italy and Switzerland. His brother came with him and Francis brought a special gift from his uncle Robert – a camera.

Back to Ireland Francis entered the Jesuit noviciate at Tullabey in September 1897. Thereafter he went to the Royal University in Dublin. A university-mate to him was James Joyce. In 1902 Browne passed his examinations and travelled to Chieri near Turin, Italy to study philosophy. This lasted till 1906 and he returned to Dublin to teach at Belvedere College.

In 1911 he began his theological studies at Milltown Park, Dublin. The year after, his uncle Robert bought him a ticket for a trip on the Titanic sailing from Southampton to Queenstown. On 4 April he received his first class ticket as a cross channel passenger from White Star Agent James Scott & Co., Queenstown. To reach Southampton he travelled via Holyhead to London on 8 April.

On the 10th of April he left London at 9.45 am on the “Titanic Special” to Southampton from Waterloo station. This train arrived at 11.30 am at Southampton. A friend, Tom Brownrigg, awaited him at the railway station. Both boarded the Titanic and inspected the stateroom A-37, which Browne would occupy. Brownrigg had to leave before the Titanic was scheduled to depart Southampton, at 12 o’clock. The next day Father Browne disembarked at Queenstown after a stop at Cherbourg the previous evening.

Fast forward to 1985. Father Edward O’Donnell SJ was searching in the basement at the Irishjesuit Provincial’s House when he stumbled upon a large black metal trunk. Inside it he found a large collection of negative albums, photographs and most amazingly of all an album containing photographs of Titanic’s voyage. 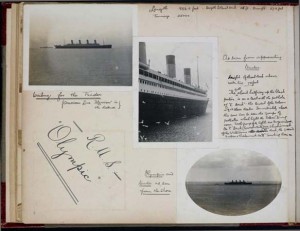 These photographs were the work of Father Francis Browne SJ who was almost forgotten by this time. Subsequent investigations revealed he had enjoyed worldwide fame in 1912 when his photographs of the Titanic’s journey to Cobh were published worldwide. He had travelled first class to Cobh having been given a ticket by his uncle Robert Browne, Bishop of Cloyne. His remarkable pictures proved to be unique.

For some years he had little opportunity to photograph but somehow his enthusiasm and artistic ability were still evident at the time of the Titanic’s journey. In 1915 he was ordained to join the Irish Guards as chaplain. He was the most decorated chaplain of WW1. In following years up to the 1950’s he created almost 42,000 negatives in which he documented the life of the emerging Republic of Ireland and fascinating aspects of Australia, England and elsewhere. In the words of one critic he was described as “a master photographer with an unerring eye”.

Father Browne’s photographs have been published and exhibited around the world and he is now recognised not only as the greatest photographer’s of the first half of the 20th century. 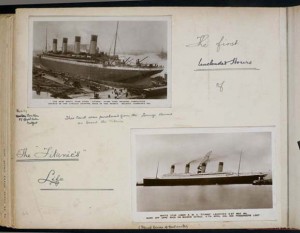 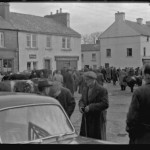 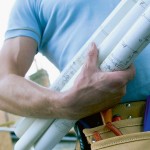