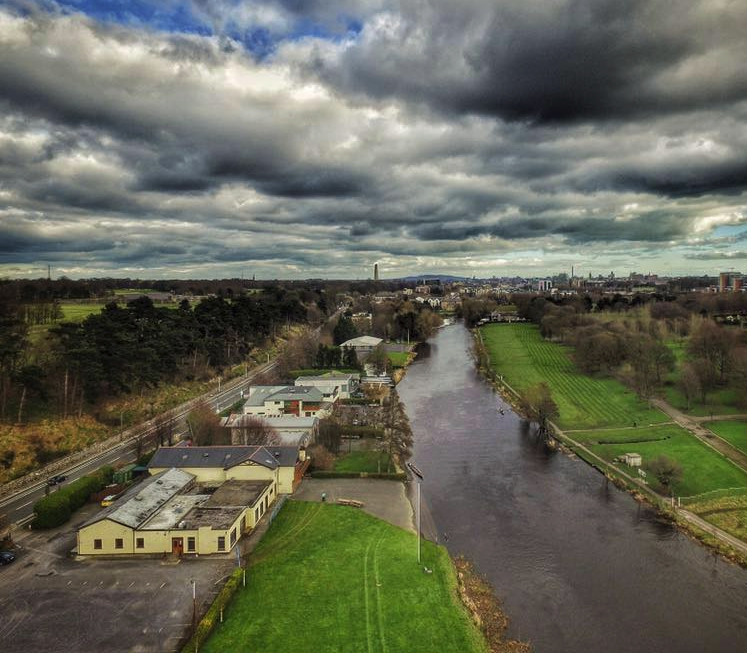 On 9th June 1954 a meeting was held at Islandbridge with a view to establishing a Boat Club for members of An Garda Síochána. The meeting was presided over by the then Chief Superintendent Paddy Carroll who was elected Club President and together with the Club’s first Captain Jim Maguire, they played a pivotal role in getting the Club on the water. While the minutes of that first meeting indicated that the new committee’s vision was for a competitive rowing club, few could have foresaw the lofty heights the Club would achieve.

The Club’s first competitive outing was on 14th May 1955 at the Dublin Head of the River. The race was rowed over a two and three quarter mile course from Islandbridge to a point between O’Connell Bridge and Butt Bridge. The new Garda VIII finished sixth overall out of ten crews. Less than a month later the Garda Maiden VIII had their first taste of success when they won the ‘Towers Challenge Cup’ at Trinity Regatta. Crew member Gerry McDonagh recalls that the Club’s first victory nearly ended in disaster when ‘… in a moment of elation and probably bewilderment, we let our boat drift on to the weir and but for the action of John Killian it could have been badly damaged. A Sunday Press photographer captured it all on camera, so the following day we got, to our embarrassment, headlines – some of them for the wrong reasons’.

After the first few years it became evident that the newly formed Garda Boat Club was developing into a force to be reckoned with. The arrival of a new President in 1957 in the guise of Superintendent Tim O’Brien provided the impetus for Garda oarsmen to go from strength to strength. Valuable experience was gained on the Club’s first venture to the prestigious Henley Royal Regatta in 1958, while the Crew didn’t return home with any trophies a seed was sown! Numerous victories followed on Irish waters and there was a steady flow of silverware to Islandbridge. The strength of the Garda oarsmen was highlighted in 1960 when the Garda Maiden Crew won the Irish Maiden VIII Championship at Blessington Lakes. The remarkable fact about this victory was that they won with seven men. Stroke Damien O’Leary had taken ill the week before the race and was unable to compete. The 1960 Maiden VIII claims the distinction of being the only crew to have ever won an Irish Rowing Championship with seven men.

Despite a number of near misses, the Irish Senior VIII Championship eluded the Club’s efforts until 1965 when the big break-through came. Remarkably the victory was achieved by the Garda Junior Crew, who overcame the Garda Senior Crew and all other competitors to capture the title at Metropolitan Regatta. The joy of winning the ‘Big Pot’ was short lived as Sean Kavanagh, an integral member of the winning crew, was seriously injured in a car accident a short time later. Sean’s rowing career was cut short and what might have been, never was. However, his indomitable spirit shone through and he went on to be a major driving force for the Club.

They say ‘success breeds success’ and the 1966 rowing season was a case in point. The Garda Boat Club became the first club in the history of Irish rowing to win the ‘Grand Slam’, recording victories in Maiden, Junior and Senior VIII Championships in the same year.

After a steady start the 1970s developed into the golden era of Garda rowing. Not only did Garda Crews dominate on domestic waters but they began to shine on the international stage. In particular, 1975 was a special year. Having been unbeaten on Irish Waters the Garda Senior VIII travelled to Ghent where they won gold, breaking the old course record, which was set by the Russians in 1955. Following this famous victory they travelled to the prestigious Henley Royal Regatta with a confidence that was not misplaced. Over 30,000 spectators cheered on as the Garda Crew in their Bord Bainne sponsored ‘Kerrygold’ boat beat Quintin to win the Thames Challenge Cup. The Times of London reported:

There seemed to be so many Irish policemen here lending support thatDublin over the weekend must have been a thief’s paradise.

The taste of international success drove the Club to even greater heights. The stern IV from the victorious Henley crew represented Ireland at the World Championships in Nottingham in 1975. In the repechage they couldn’t have been closer to a place in the Grand Final when they finished third, one hundredth of a second behind the British boat, which included two World Championship silver medallists. The Garda coxed IV went on to win the Petite Final, and were placed 7th overall in the World.

On 5th July 1976 the Irish Olympic Team departed Dublin to compete at the XXI Olympic Games in Montreal. Garda oarsman Frank Moore, who had travelled as a substitute, had the distinction and honour of carrying the Tricolour and leading the Irish Team into the Olympic Stadium. The Garda Elite Coxed IV {Mick Ryan, Jim Muldoon, Willie Ryan, Christy O’Brien, Liam Redmond (cox) and Pat Grace (coach)} racing under the Irish colours, won the Petite Final and finished seventh in the world.

One of the many highlights of 1977 was our second victory at Henley Royal Regatta, where the Garda Elite IV won the Prince Philip Challenge Cup and disappointingly, our Elite VIII were narrowly beaten in the semi-final of the ‘Grand’ competition which is reserved for international class crews. We returned to Ireland and recorded success in the VIII and Pair at the Irish Senior Championships at Blessington. The Garda Elite IV then went on to compete at the World Championships in Amsterdam where they finished seventh in the World for a third year in a row.

Success on Irish water continued in 1978 and finished on a particularly high note when Willie Ryan and Christy O’Brien achieved fifth place in the Grand Final at the World Championships in New Zealand. Later that year they were awarded a Texaco Sportstar of the Year Award in recognition of their achievement.

1979 will be remembered as the year that we completed a second Grand Slam, winning the Irish Novice, Intermediate and Senior VIII Championships. This feat had only been achieved once before and that was by our Club in 1966. On the international stage, the Garda Senior VIII finished fifth at the London Head of the River and our Elite Coxed IV won the Prince Philip Challenge Cup at Henley for a second time.

In 1980 Garda oarsmen were well represented on the Irish Olympic Team in Moscow, they included – coxless pair of Willie Ryan and Pat Gannon, Christy O’Brien paired up with Denis Rice (Fermoy) and cox Liam Williams (Neptune) in the coxed pair, coxed IV member Ted Ryan, substitute Andy McDonough, Coaches Jim Muldoon & Brendan Duane and Team Manager Peadar Casey. Once again Willie Ryan and Pat Gannon won the Petite Final and finished seventh overall. This was the second successive Olympic Games for a Garda crew to finish in seventh position. Christy O’Brien and Denis Rice (Fermoy) showed early promise, but unluckily, like many of the other Irish athletes took ill and were forced to withdraw. The coxed IV which included Ted Ryan finished in eleventh place.

While the 1980s were a leaner period than the preceding decade, Garda crews continued to perform well on the domestic and international circuit. In 1982 when the Garda Elite IV of Joe Homan (Cox), Willie Ryan, Pat Gannon, Denis Murphy and Ted Ryan won the Bosbaan Regatta, Amsterdam they became the first Irish Crew to beat the all conquering East Germans. We also had a number of notable victories at home including Senior VIII Championship victories in 1982 and 1983. In 1985 the Garda Elite VIII put in a marvellous performance in the Ladies Plate at Henley Royal Regatta. Willie Ryan recalls the semi-final against Orsmund:

This was the best race of my career. A fantastic win against a much fancied Norwegian crew. Denis Murphy really showed his true ability that morning, he was so determined. It was brilliant to experience the semi-final against the Norwegians which included the Hansen brothers, who had won several World and Olympic Gold Medals in the double scull – one to remember. It was a shame we were beaten in the final by a Leander crew that weren’t near as good as the Norwegians. 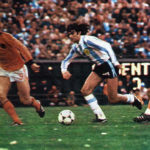