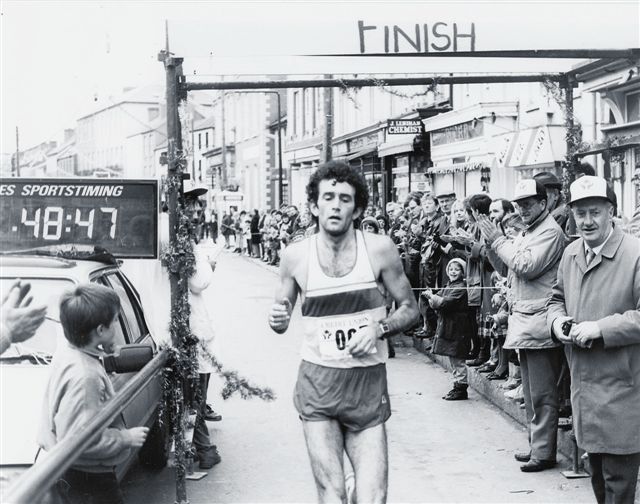 JERRY KIERNAN HAS died at the age of 67.

The sad news comes from Irish athletics circles this afternoon, with tributes being paid to the distance-running great.

In recent times, he was coach to some of Ireland’s highest-achieving athletes, most notably Ciara Mageean. Kiernan also coached John Travers and Joe Sweeney, while he earned plenty of plaudits as a pundit and analyst on RTÉ.

A life-long member of Clonliffe Harriers — his beloved club led the tributes to “an institution” — Kiernan hailed from Listowel in Co. Kerry, but lived in Dublin for most of his adult life, where he worked as a teacher.

“We are very sorry to hear of the passing of Jerry Kiernan,” Athletics Ireland wrote on Twitter.

“Jerry finished 9th in the Olympic marathon in 1984, and also coached many of Ireland’s top athletes, including Ciara Mageean and John Travers.

“Jerry Kiernan was an institution! A sub- four minute miler, having ran 3.59.12 in June 1976 he went on to enjoy a stunning career as a distance athlete. On the country he was national cross country champion in Kilmacow in 1984 and one the national senior team title with Clonliffe on the extraordinary eight occasions (1980, 81, 82, 84, 87, 88, 89 and 92). It was however over the classic marathon distance that he made his name winning the Dublin city Marathon on two occasions, 1982 and 92 and of course the pinnacle his outstanding run in the 1984 Los Angela’s Olympic marathon when he placed ninth in a PB of 2.12.20.

“In addition to all of this he one of the country’s top coaches, was very much a philosopher and TV athletics expert. He will be greatly missed by his family, club mates, athletes and the athletics family. (Arrangements to be posted)”

The tweets have come flooding in over the past hour, remembering the great man.

Article originally appeared on https://www.balls.ie/ and was written by PJ Browne