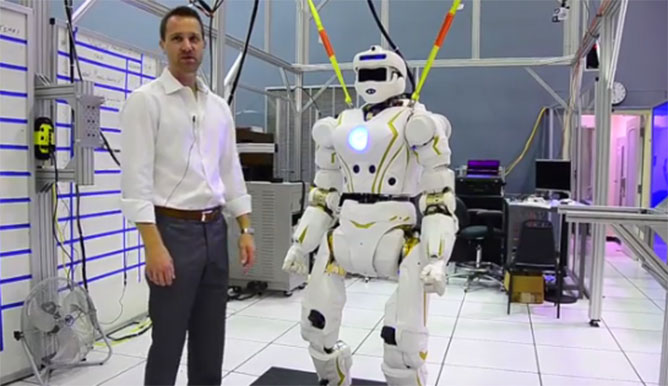 NASA has unveiled their latest piece of technology in the form of a new humanoid robot. The space agency’s newest piece of machinery is called Valkyrie, a 6 foot 2 inch tall robot that has been developed by a team of engineers at NASA’s Johnson Space Centre in Houston Texas.  The robot resembles something from a science fiction film and has a glowing NASA logo on its chest. The robot reportedly took only nine months to construct and its purpose is believed to be to help human beings during disasters.

The Valkyrie was developed for the DARPA Robotics Challenge that will be taking place at the end of this month. In order to test its functionality the robot will be put through its paces at the event in a collection of different scenarios that it would possibly face in hostile disaster situations. In order to pass these variety of tasks successfully, Valkyrie will need to be able to drive a vehicle, clean up debris and cut through a wall as well as perform other tasks to show that it would be able to be deployed successfully in a disaster zone.

Nicolaus Radford, the team leader on the Valkyrie project has said that their aim is to use these types of humanoid robots on space missions to Mars. He said recently “Likely, NASA will send robots ahead of the astronauts to the planet. These robots will start preparing the way for the human explorers and when the humans arrive, the robots and the humans will work together in conjunction building habs [habitats], laying foundation and just working together in that tight relationship. Technologies such as Valkyrie are going to really lead into the type of robotic systems that will one day be the precursor missions before the astronauts go to Mars.”

It may take some time before we see humanoid robots such as the Valkyrie in full operation but NASA are proving that they are constantly looking at new technologies to benefit their space efforts as well as to contribute to things such as disaster relief. There is no set date as to when a robot such as this will be a fully relied upon tool at NASA but if Valkyrie impresses at the DARPA Robotics Challenge next week that date may become clearer. 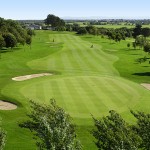 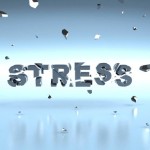 HSE and GAA look for practical solutions to deal with stress