Nearly a Quarter of the World Will Be Obese by 2045

By 2045, nearly a quarter of the world’s population will be considered obese, according to a study presented at the European Congress on Obesity in Vienna in May.

The research states that 27 years from now, 22 percent of people worldwide will be classified as obese. Those numbers will be up from 14 percent in 2017.

Using a database from the World Health Organization, researchers broke each country’s population down into categories by age and body mass index (BMI). They analysed the resulting trends in order to predict future worldwide data.

They found that the projected percentage of obese people in 2045 in the United States is 55 percent, up from 39 percent in 2017. In Britain, the percentage is expected to increase to 48 percent from 32 percent.

With increased risk for obesity comes increased risk for diabetes, researchers warned. One in eight people will have type 2 diabetes in 2045, an increase from one in 11 in 2017.  Obesity also increases risk for heart disease and high blood pressure, among other conditions.

The 2018 European Congress on Obesity was a three-day event featuring panels, discussions, and workshops on themes such as Childhood and Adolescent Obesity, Management and Intervention, and Basic and Experimental Science in the field. For more information visit https://eco2018.easo.org. 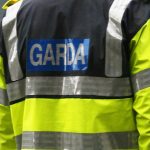 New Dog Breeding Guidelines Being Drafted by the DRCD