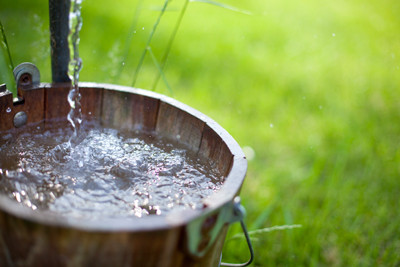 Figures from the Central Statistics Office state that there are approximately 170,000 private wells in Ireland. These private wells do not fall under the European Communities (Drinking Water) Regulations 2014. Private wells are more commonly used in rural areas around the country. A private well is deemed to be one that is privately owned and provides water to a single house and that doesn’t provide water to the public through a commercial or social activity. It is for this reason that Irish Water does not play any part in the monitoring and regulating of private water supplies. No water charges apply to owners of private wells as long as the well is not connected to the water supply that is used by the general public in that area.

All of this means that the owner and operator of the well are solely responsible for the quality of the water in the well. The local authority in the area is however, responsible for providing advice and guidance in relation to the protection of the private water supply. The water in a private well does not have to comply with the drinking water regulations but it does need to comply with the water quality standards.

Just because the water that comes from the well is sourced from underground it does not necessarily mean it is always safe for human consumption. There are many potential risks to the cleanliness and safety of water found in private wells located in rural areas. It is vital that owners of private wells are aware of the risks posed to water coming from private wells. Top soil that is covering the water in the well does provide protection to the water, however if it is shallow the well may be susceptible to contamination.

Potential risks to wells include domestic wastewater treatment systems or septic tanks, farmyards and land-spreading of slurry and grazing cattle. One litre of domestic waste water contains around 1 million E.coli bacteria yet it takes just a few organisms of one type of E.coli (VTEC) to cause severe illness in humans. In rare cases VTEC infection can be fatal.

The drinking water standard for E.coli stands at zero, so it is not for human consumption. VTEC is a certain group of the bacteria known as E.coli. Infection caused by this often leads to people suffering from severe cases of diarrhoea as well as abdominal cramps. The infection can however also cause severe bloody diarrhoea or no symptoms at all. With the infection there is usually little or no fever, and sufferers can recover in around a week to ten days. VTEC infection occurs most commonly in children. Another complication that can occur as a result of VTEC infection, particularly in young children under five years of age and the elderly, is something called haemolytic uraemic syndrome (HUS).

This disease can result in the destruction of the red blood cells in the body and can lead to kidney failure. HUS is a rare complication and only occurs in 8% of cases but it can leave people with long term kidney complications and can also prove fatal in some instances. Statistics have shown that Ireland has the highest incidence of VTEC in the whole of Europe. The HSE has recorded a doubling of the number of cases in this country since 2011. There were 284 cases that year, 554 cases in 2012 and 704 cases last year. Spreading the infection from one person to another is common however the main source of VTEC infection and spread comes from animals, in particular cattle. They spread the infection through direct animal contact or through contaminated food and water. In foreign countries, the most common source of VTEC infection is through food outbreaks.

One of the most common problems associated with private wells is that they are poorly built. In order to ensure anything that can pollute and contaminate the well can’t access it from the ground surface or shallow groundwater it is essential that the well is adequately drilled, grouted and lined. When constructing a well it is important to take into consideration the recommended setback distances that should be designated between polluting activities and the private. This will go a long way in assisting the well from contamination if it has been constructed properly. It is important to take into account the water from a private well could be contaminated if it is discoloured, or if there is an odour coming from it.

It is also worth remembering that even if the water is crystal clear it may still be contaminated as many of the insects in water are invisible. These precautions should now, more than ever be taken into consideration by owners of private wells. This is because according to a new report published by the Environmental Protection Agency (EPA ) approximately one third of private wells in this country have found to be contaminated by E.coli. That means that of the 170,000 private wells in the country around 50,000 of these drinking wells are contaminated.

The EPA has also issued a warning to users of private wells that doing so is far riskier to your health than if you were using a main water supply, and that it is generally not common knowledge that there is a greater risk of illness associated with private well supplies. The EPA also say that over time you can build up an immunity to the bacteria that is found in the water but that family members or friends visiting your home and drinking from the well would be at risk from illness. A spokesperson for the EPA said recently “You may have been using your well for years and have had no health problems as you may have built up immunity to the contamination.

However, friends, family and children may become ill as a result of consuming your well water. Just because the water comes from underground does not mean it is OK.” The issue of contaminated water in private wells was addressed recently by Clare Fine Gael Senator Tony Mulcahy who expressed his concerns over the findings of the recent EPA report. Mr. Mulcahy said recently “This report by the EPA along with recent information from the HSE showing that Ireland has the highest rate of VTEC (Veritoxigenic E.Coli) in Europe demonstrates the importance of people who own private wells testing the quality of water they are currently receiving.”

If these measures are not sufficient in preventing contamination well owners will need to consider treatment based on the raw water quality. The water treatment needs to include disinfection, however additional treatment may be necessary, for example if hard water or elevated levels of iron or manganese exist. This is because these can affect the performance of disinfection systems such as UV. 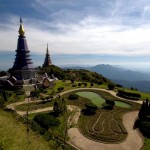 Affordable and faraway places to retire