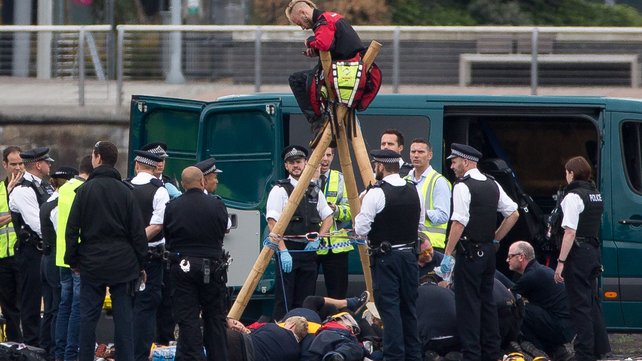 Passengers travelling through London City Airport are facing disruption after a number of protesters swam across a dock and “occupied” the runway.

Flights were disrupted at the airport, in the Royal Docks area of the capital, after activists apparently in support of the Black Lives Matter movement made their way air-side at around 5.40am.

An airport spokesman said: “We’re currently experiencing disruption to all flights due to protesters at the airport. Police are currently on the scene.”

Flights in and out of the airport were seriously affected, with no departures or arrivals expected until 10am at the earliest.

It is the latest demonstration involving anti-racism activists, who brought traffic to a standstill outside Heathrow Airport – and carried out similar protests in cities around the UK – in a coordinated day of action last month.

Both British Airways and Cityjet operate flights between Dublin Airport and LCY and have seen a number of their flights cancelled or delayed over the disruption.

Passengers have been advised to check with their airline before travelling to Dublin Airport.

The Metropolitan Police are investigating how the protesters managed to get air-side.

A Scotland Yard spokesman said there are nine people on the runway.

“They have erected a tripod and have locked themselves together.

“Officers are currently on scene and are negotiating with them. We are awaiting the arrival of specialist resources that are able to unlock the protesters.

“No arrests have been made at this stage.”

In a statement, the protest group’s UK division cited expansion plans at the airport as the cause of their action.

They said: “Recently London City Airport was given approval to expand its capacity, a move that consigns the local community in Newham to further deterioration of their environment.

“It is an airport designed for the wealthy. At the same time 40% of Newham’s population struggle to survive on £20,000 or less. When black people in Britain are 28% more likely to be exposed to air pollution than their white counterparts, we know that environmental inequality is a racist crisis.”

Meanwhile, British Airways has apologised to passengers for delays after an IT glitch hit check-in systems.

Passengers have complained of hours queuing at airports but the airline said it is not a worldwide problem as some passengers had described it.

A spokeswoman confirmed passengers are being checked in at Heathrow and Gatwick but said the process would be “a bit slower than usual”.

Asked where the IT problems are, the spokeswoman said: “It is patchy.”

Responding to passengers on Twitter, the airline wrote: “We apologise to our customers for the delay and we appreciate their patience as our IT teams work to resolve this issue.”

It added: “Our colleagues are doing everything possible to check in customers for their journey.” 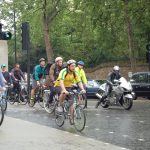 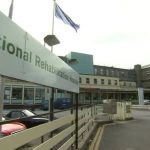