The Forgotten Ten: The Story of the War of Independence Executions in Mountjoy Prison 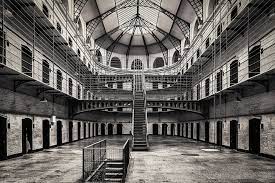 As the War of Independence progressed throughout 1920 and 1921, twenty-four men were executed in Ireland by the British Administration. Fourteen were shot by military firing squad in counties Cork and Limerick, as both counties were under martial law at the time. In Dublin, however, where martial law did not apply, ten men were hanged in Mountjoy, which was a civilian prison.

A new exhibition in Kilmainham Gaol Museum looks at these latter executions and the men who would become known as ‘The Forgotten Ten’ and will be launched on 7 June, the centenary of the final two executions. Among the items on display are poignant last letters to loved ones, historic photographs and deeply personal items connected with the executed men.

Ranging in age from 18 to 40 years old, ‘The Forgotten Ten’ came from all over Ireland and from all sections of Irish society. Some had wives and children, while others were young men starting out in life. All had been court-martialled by the British military, charged with crimes such as murder, treason and levying war, and were sentenced to death. Their executions made international news and some would become household names. The description of them as ‘The Forgotten Ten’ did not refer to how they were remembered, but rather that they remained buried behind the high walls of Mountjoy Prison until their reinternment in Glasnevin Cemetery in 2001.

Among the items featured in the exhibition is a statue of the Virgin Mary held by Frank Flood at his execution, and a shirt and collar returned to Thomas Traynor’s family by the prison authorities along with a box containing sixteen unsmoked cigarettes. One of the most moving artefacts is a box of chocolates originally given to Thomas Whelan by Lester Collins, one of the Black and Tans guarding him in Mountjoy. Whelan in turn gave them to 8-year-old Alicia Mann, his landlady’s daughter. He said that they would eat them together if he was reprieved, but if he was not, she was to eat them all herself. Alicia Mann kept the unopened box of chocolates for the rest of her life.

The exhibition also includes many of the letters and poems written by the men in the run-up to their execution. Writing to his father-in-law, Dick Glynn, on 25 February 1921, Thomas Bryan expressed his worry about how his wife, who was pregnant with their first child, would take the news of his upcoming execution. He wrote “its [sic] our women who suffer the most.”

Bryan had been held in Kilmainham Gaol prior to being transferred to Mountjoy, as had some of the other men, including Patrick Moran. Moran was part of the group who planned the famous escape from Kilmainham on 14 February 1921, but decided to stay behind at the last minute and face his trial. Included in the exhibition is the razor he used in Kilmainham and Mountjoy. He gave it to a fellow prisoner before he was hanged, saying “I don’t want this where I am going.”

“This exhibition on ‘The Forgotten Ten’ features some of the most poignant and moving objects in the Kilmainham Gaol Museum collection. Set against the wider background of the War of Independence, these artefacts tell personal stories of unbearable loss and sadness. Some of them also reveal how, even in the midst of a bitter conflict, acts of kindness and human connection can still occur.”

While the museum remains closed to the public under the current Covid restrictions, access can be arranged for journalists. For further information and high resolution images, please contact Brian Crowley, Kilmainham Gaol Museum at 086-8079071 or at brian.crowley@opw.ie 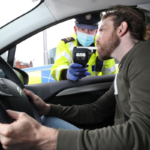 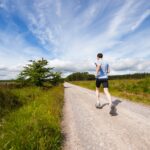 8 Small Changes to Improve Your Health This Summer