The Gardaí Will Brighten Up Your Day 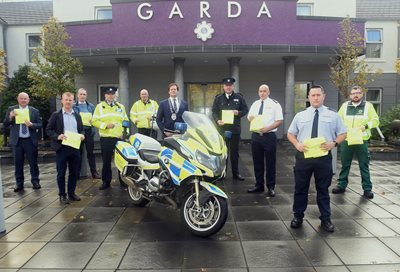 As we prepare to gain an extra hour’s sleep shortly, with the clocks going back at 2am on Sunday 31 October, the days are getting shorter as darkness falls earlier. The Gardaí are launching a campaign to brighten up your day these winter months.

Imagine that if all drivers in Ireland used their dipped headlights when driving during the day, we could reduce the number of collisions on Irish roads by 20%. In an innovative move designed to reduce the death toll on Irish roads, all Garda cars in Co Mayo are to carry a stock of high-visibility vests to be given out to poorly lit pedestrians and cyclists.

‘Be Seen and Be Safe’ – that’s the message to all road users in Co. Mayo as the evenings get darker. Mayo County Council is reminding pedestrians, cyclists and motorists alike to make themselves more visible during the dark winter nights.

High-visibility vests are to be handed out by Gardaí from the Roads Policing Unit to poorly lit pedestrians and cyclists in County Mayo as part of an initiative to reduce the county’s casualties. Mayo County Council is urging pedestrians to wear fluorescent or bright clothing in the daytime and reflective material at night to make themselves more visible to drivers. At the same time, motorists are being urged to use their headlights so that not only can they see other road users but they, themselves, can be seen.

Without reflective clothing or accessories, a pedestrian or cyclist is only visible, in low beam headlights, from 30 metres away.  By wearing or using reflective items they become visible at 150 metres, giving drivers five times the distance to notice and avoid them. Hi-visibility vests, provided by Mayo County Council, have been distributed to the Roads Policing Unit of the County.  Gardaí on mobile patrol from the Roads Policing Unit will hand them out to pedestrians and cyclists who are not properly visible.

Noel Gibbons, Road Safety Officer with Mayo County Council, said, “it is crucial when using the road at night-time and in the darker mornings/evenings that you are seen.  As always, we urge people to wear high-visibility vests, reflective bands and to carry a torch.”

“Now Garda cars from the Roads Policing Unit will also be carrying high-visibility vests that officers can give out to people they encounter on the road who are not properly lit up.”

Sergeant James Malone, Castlebar Traffic Policing Unit said, “already in 2021, 25 pedestrians and 7 pedal cyclists have been killed on roads around Ireland.  We are delighted Gardaí are handing out the high-visibility vests because it helps to hammer home our ‘Be Safe, Be Seen’ message.”

Cathaoirleach of Mayo County Council, Cllr Michael Smyth said, “too many people think ‘it won’t happen to me’ when they run across the road or ride their bike with no lights.  The reality is, however, that it does happen every day and unfortunately a car is going to come off much better than the pedestrian or cyclist it hits.” 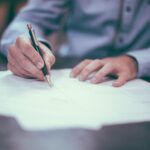 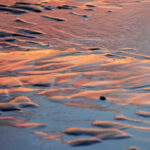 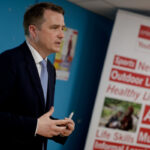 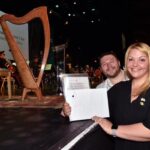 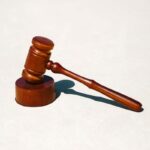 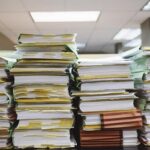 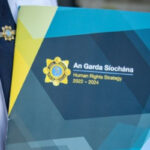