The Real Dracula: Vlad the Impaler 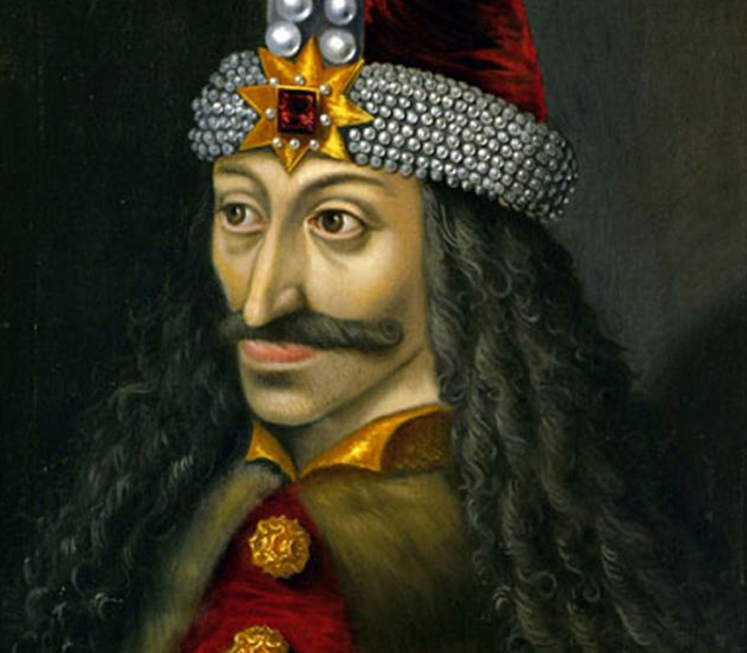 Few names have cast more terror into the human heart than Dracula. The legendary vampire, created by author Bram Stoker in his 1897 novel of the same name, has inspired countless horror movies, television shows and other bloodcurdling tales of vampires.

Though Dracula is a purely fictional creation, Stoker named his infamous character after a real person who happened to have a taste for blood: Vlad III, Prince of Wallachia or — as he is better known — Vlad the Impaler. The morbid nickname is a testament to the Wallachian prince’s favorite way of dispensing with his enemies.

But other than having the same name, the two Draculas don’t really have much in common, according to historians who have studied the link between Stoker’s vampire count and Vlad III.

By most accounts, Vlad III was born in 1431 in what is now Transylvania, the central region of modern-day Romania. However, the link between Vlad the Impaler and Transylvania is tenuous, according to Florin Curta, a professor of medieval history and archaeology at the University of Florida.

“[Stoker’s] Dracula is linked to Transylvania, but the real, historic Dracula — Vlad III — never owned anything in Transylvania,” Curta told Live Science. Bran Castle, a modern-day tourist attraction in Transylvania that is often referred to as Dracula’s castle, was never the residence of the Wallachian prince, he added.

“Because the castle is in the mountains in this foggy area and it looks spooky, it’s what one would expect of Dracula’s castle,” Curta said. “But he [Vlad III] never lived there. He never even stepped foot there.”

Vlad III’s father, Vlad II, did own a residence in Sighişoara, Transylvania, but it is not certain that Vlad III was born there, according to Curta. It’s also possible, he said, that Vlad the Impaler was born in Târgovişte, which was at that time the royal seat of the principality of Wallachia, where his father was a “voivode,” or ruler.

It is possible for tourists to visit one castle where Vlad III certainly spent time. At about age 12, Vlad III and his brother were imprisoned in Turkey. In 2014, archaeologists found the likely location of the dungeon, according to Smithsonian Magazine. Tokat Castle is located in northern Turkey. It is an eerie place with secret tunnels and dungeons that is currently under restoration and open to the public.

Order of the Dragon

In 1431, King Sigismund of Hungary, who would later become the Holy Roman Emperor, inducted the elder Vlad into a knightly order, the Order of the Dragon. This designation earned Vlad II a new surname: Dracul. The name came from the old Romanian word for dragon, “drac.” His son, Vlad III, would later be known as the “son of Dracul” or, in old Romanian, Drăculea, hence Dracula. In modern Romanian, the word “drac” refers to another feared creature — the devil, Curta said.

According to “Dracula: Sense and Nonsense” by Elizabeth Miller, in 1890 Stoker read a book about Wallachia. Although it did not mention Vlad III, Stoker was struck by the word “Dracula.” He wrote in his notes, “in Wallachian language means DEVIL.” It is therefore likely that Stoker chose to name his character Dracula for the word’s devilish associations.

The theory that Vlad III and Dracula were the same person was developed and popularized by historians Radu Florescu and Raymond T. McNally in their 1972 book “In Search of Dracula.” Though far from accepted by all historians, the thesis took hold of the public imagination, according to The New York Times.

The Order of the Dragon was devoted to a singular task: the defeat of the Turkish, or Ottoman Empire. Situated between Christian Europe and the Muslim lands of the Ottoman Empire, Vlad II’s (and later Vlad III’s) home principality of Wallachia was frequently the scene of bloody battles as Ottoman forces pushed westward into Europe, and Christian forces repulsed the invaders.

When Vlad II was called to a diplomatic meeting in 1442 with Ottoman Sultan Murad II, he brought his young sons Vlad III and Radu along. But the meeting was actually a trap: All three were arrested and held hostage. The elder Vlad was released under the condition that he leave his sons behind.

“The sultan held Vlad and his brother as hostages to ensure that their father, Vlad II, behaved himself in the ongoing war between Turkey and Hungary,” said Miller, a research historian and professor emeritus at Memorial University of Newfoundland in Canada.

Under the Ottomans, Vlad and his younger brother were tutored in science, philosophy and the arts. Vlad also became a skilled horseman and warrior, according to Radu Florescu and Raymond McNally, former professors of history at Boston College, who wrote several books about Vlad III — as well as his alleged connection to Stoker’s Dracula — in the 1970s and 1980s.

“They were treated reasonably well by the current standards of the time,” Miller said. “Still, [captivity] irked Vlad, whereas his brother sort of acquiesced and went over on the Turkish side. But Vlad held enmity, and I think it was one of his motivating factors for fighting the Turks: to get even with them for having held him captive.”

While Vlad and Radu were in Ottoman hands, Vlad’s father was fighting to keep his place as voivode of Wallachia, a fight he would eventually lose. In 1447, Vlad II was ousted as ruler of Wallachia by local noblemen (boyars) and was killed in the swamps near Bălteni, halfway between Târgovişte and Bucharest in present-day Romania. Vlad’s older half-brother, Mircea, was killed alongside his father.

Not long after these harrowing events, in 1448, Vlad embarked on a campaign to regain his father’s seat from the new ruler, Vladislav II. His first attempt at the throne relied on the military support of the Ottoman governors of the cities along the Danube River in northern Bulgaria, according to Curta. Vlad also took advantage of the fact that Vladislav was absent at the time, having gone to the Balkans to fight the Ottomans for the governor of Hungary at the time, John Hunyadi.

Vlad won back his father’s seat, but his time as ruler of Wallachia was short-lived. He was deposed after only two months, when Vladislav II returned and took back the throne of Wallachia with the assistance of Hunyadi, according to Curta.

Little is known about Vlad III’s whereabouts between 1448 and 1456. But it is known that he switched sides in the Ottoman-Hungarian conflict, giving up his ties with the Ottoman governors of the Danube cities and obtaining military support from King Ladislaus V of Hungary, who happened to dislike Vlad’s rival — Vladislav II of Wallachia — according to Curta.

Vlad III’s political and military tack truly came to the forefront amid the fall of Constantinople in 1453. After the fall, the Ottomans were in a position to invade all of Europe. Vlad, who had already solidified his anti-Ottoman position, was proclaimed voivode of Wallachia in 1456. One of his first orders of business in his new role was to stop paying an annual tribute to the Ottoman sultan — a measure that had formerly ensured peace between Wallachia and the Ottomans.

To consolidate his power as voivode, Vlad needed to quell the incessant conflicts that had historically taken place between Wallachia’s boyars. According to legends that circulated after his death, Vlad invited hundreds of these boyars to a banquet and — knowing they would challenge his authority — had his guests stabbed and their still-twitching bodies impaled on spikes.

This is just one of many gruesome events that earned Vlad his posthumous nickname, Vlad the Impaler. This story — and others like it — is documented in printed material from around the time of Vlad III’s rule, according to Miller.

“In the 1460s and 1470s, just after the invention of the printing press, a lot of these stories about Vlad were circulating orally, and then they were put together by different individuals in pamphlets and printed,” Miller said.

Whether or not these stories are wholly true or significantly embellished is debatable, Miller added. After all, many of those printing the pamphlets were hostile to Vlad III. But some of the pamphlets from this time tell almost the exact same gruesome stories about Vlad, leading Miller to believe that the tales are at least partially historically accurate. Some of these legends were also collected and published in a book, “The Tale of Dracula,” in 1490, by a monk who presented Vlad III as a fierce, but just ruler.

Vlad is credited with impaling dozens of Saxon merchants in Kronstadt (present-day Braşov, Romania), who were once allied with the boyars, in 1456. Around the same time, a group of Ottoman envoys allegedly had an audience with Vlad but declined to remove their turbans, citing a religious custom. Commending them on their religious devotion, Vlad ensured that their turbans would forever remain on their heads by reportedly having the head coverings nailed to their skulls.

“After Mehmet II — the one who conquered Constantinople — invaded Wallachia in 1462, he actually was able to go all the way to Wallachia’s capital city of Târgoviște but found it deserted. And in front of the capital he found the bodies of the Ottoman prisoners of war that Vlad had taken — all impaled,” Curta said.

Vlad’s victories over the invading Ottomans were celebrated throughout Wallachia, Transylvania and the rest of Europe — even Pope Pius II was impressed.

“The reason he’s a positive character in Romania is because he is reputed to have been a just, though a very harsh, ruler,” Curta said.

Not long after the impalement of Ottoman prisoners of war, in August 1462, Vlad was forced into exile in Hungary, unable to defeat his much more powerful adversary, Mehmet II. Vlad was imprisoned for a number of years during his exile, though during that same time he married and had two children.

Vlad’s younger brother, Radu, who had sided with the Ottomans during the ongoing military campaigns, took over governance of Wallachia after his brother’s imprisonment. But after Radu’s death in 1475, local boyars, as well as the rulers of several nearby principalities, favored Vlad’s return to power.

In 1476, with the support of the voivode of Moldavia, Stephen III the Great (1457-1504), Vlad made one last effort to reclaim his seat as ruler of Wallachia. He successfully stole back the throne, but his triumph was short-lived. Later that year, while marching to yet another battle with the Ottomans, Vlad and a small vanguard of soldiers were ambushed, and Vlad was killed.

There is much controversy over the location of Vlad III’s tomb. It is said he was buried in the monastery church in Snagov, on the northern edge of the modern city of Bucharest, in accordance with the traditions of his time. But recently, historians have questioned whether Vlad might actually be buried at the Monastery of Comana, between Bucharest and the Danube, which is close to the presumed location of the battle in which Vlad was killed, according to Curta.

One thing is for certain, however: unlike Stoker’s Count Dracula, Vlad III most definitely did die. Only the harrowing tales of his years as ruler of Wallachia remain to haunt the modern world. 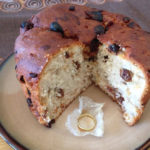 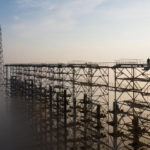 Over the Horizon: Aerial Photos of the USSR’s Giant Nuclear Detection System