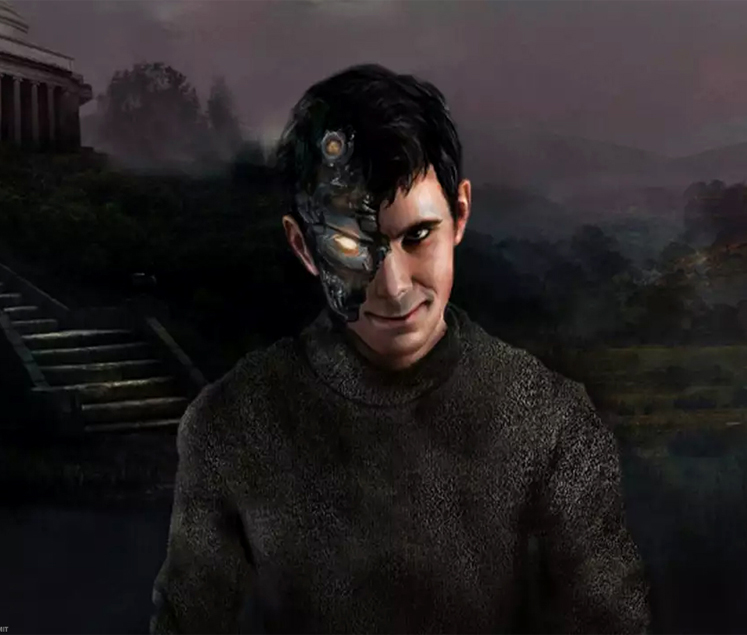 The world’s “first psychopath AI” has been called Norman after the character of Norman Bates in Alfred Hitchcock’s 1960’s film “Psycho”.

Researchers from the Massachusetts Institute of Technology (MIT) created Norman to explain how algorithims are made, and to make people aware of AI’s potential dangers.

According to MIT, “Norman suffered from extended exposure to the darkest corners of Reddit, and represents a case study on the dangers of Artificial Intelligence gone wrong when biased data is used in machine learning algorithms”.

Norman was then given what is called a Rorschach psychological test, to determine what Norman was seeing and compare his answers to those of traditionally trained AI.

The results are disturbing. Using inkblots of imagery, Norman’s perceptions were compared to that of which standard AI see. As an example, where traditional AI sees an inkblot as “a group of birds sitting on top of a tree branch”, Norman perceives the inkblot as “a man is electrocuted and catches to death”.

The website, norman-ai.mit.edu, shows ten examples of ink blots accompanied by responses from both systems, along with additional information about the project and offers users a chance to test Norman with ink blots and send their answers “to help Norman repair itself”.

“So when we talk about AI algorithms being biased or unfair, the culprit is often not the algorithm itself, but the biased data that was fed to it.”