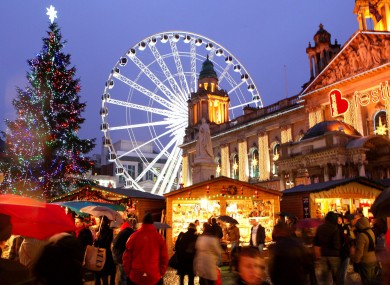 ALMOST A QUARTER of Irish shoppers are planning to cross the border to take advantage of a weak sterling, according to a new study.

A poll from Irish business and credit risk analyst Vision-net.ie found that 24% of Irish shoppers plan to travel across the border to Northern Ireland to avail of the weaker sterling.

The ‘Recovery Index’ polled a selected sample of 1,000 people representative of the population during the last full week of November.

It found that, of those going across the border, 45% will be doing so for the first time, with those in the 25-34 age bracket most likely to make the journey.

Specifically regarding the election of Trump in the US, 36% of respondents said they believed that his presidency will affect their finances: 29% of people thought it would be affected negatively, while 7% said they think it will have a positive impact.

Some 22% said they did not anticipate any effect, while 42% were unsure or didn’t know.

Managing director of Vision-net.ie Christine Cullen said that Irish consumers are “cognisant” of the impact of Brexit and a weakened sterling, “and plan to avail of the knock-on benefits this Christmas”.

“Generally, though, shock events like the referendum decision and the election of Donald Trump seem not to have had a huge effect on Irish attitudes to spending and saving,” she said.

Neither has yet to really ‘happen’, however, so it could be years before we can measure their true impact. Christmas 2017 could be a different matter entirely.

The survey also found that almost three quarters of Irish consumers plan to make a major financial purchase before the end of 2017.

To fund their major purchase, just under half said they will use savings, 13% a loan, and 38% a combination of both. These findings remain broadly unchanged since the last ‘Recovery Index’ survey by Vision-net.ie in June.

As the economy steadies on its path to prosperity, Irish people feel comfortable making major financial decisions, like investing in cars, houses and holidays.

However, she added: “Many still rely entirely on their savings to make large purchases. In particular, the 25-34 age group, which endured some of the worst effects of the recession, still remain financially ‘frozen out’.

“Individuals in this group remain highly sceptical about taking on debt and, as a result, they are most likely to cite trouble accessing finance as the biggest barrier to making major purchases.

“This is particularly apparent in their reluctance to rely exclusively on a loan to fund these big purchases.”

Written by Paul O’Donoghue and posted on Fora.ie 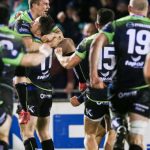 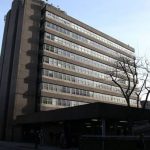