The annual delegate seminar took place in Sligo recently. Gerry Blake, National President of the Garda Retired Members Association, outlined in his opening speech the efforts made by the association over the past year to re-focus the organisation and manage the resources it has currently available.

He highlighted the purchase and renovation of a permanent HQ for the association at 5 Harrington Street. The cornerstone of the GSRMA’s activities has been focused on developing a strategic plan to increase membership amongst those former Garda members who are currently not members. With this in mind they have undertaken a number of initiatives to increase awareness of the association’s activities and highlight the work of the GSRMA on various issues affecting its members, particlarly in the area of finance and pensions negotiations.

There were 5 identifiable goals from the strategic plan perspective:

2. Continue to campaign against austerity

4. Encourage all members to engage socially

5. To maintain GSRMA in a healthy financial position.

The President outlined developments on the IT and communications side, the development of the e-letter and website www.garda-post.com, the re-working of www.gardaretired.com and wider use of the web SMS messaging service to communicate with members. A new IT system was put in place to provide branches with up-to-date information on membership. All communications are now centralised for the branches, making it easier to communicate with local memberships on their behalf.

However, the main thrust of his speech was reserved for highlighting the work of the association in dealing with the effect of pension cuts on its very varied membership – singling out those who retired before 1993 as suffering particular hardships at an advanced age and on a small pension after long
service.

It was a reasonable assumption on retiring, he said, that your pension would be protected in line with the conditions you originally signed up to.

He went on to illustrate the unfairness of the system as operated under the Financial Emergency Measures in the Public Interests Act 2013 (FEMPI) and the difficulties members were put in as a result of its application when compared to those on private sector pensions.

Some of the cost of living increases are stark – since 2008:

The president pointed out that Garda Medical Aid was due to increase by 10%, and that with this increase, added to the increase in prescriptions, cuts to benefits, and the  many members who had lost their medical cards, it was becoming apparent to the Association that many members were being put in an extremely uncomfortable financial position at a time when they had least expected it.

Many members were also in a situation of having to look after family members as result of redundancy, negative equity and high mortgage repayments.

“The media portray us as a privileged group, with gold plated pensions,” he said, ” and bearing in mind that another €2 billion has to be taken out of government spending in the next budget, this begs the question,  who is going to fund the cuts? The Haddington Road agreement guarantees serving colleagues that no further cuts will be implemented but there is no mention of public service pensioners.”

Membership of the Alliance of Retired Public Servants was paramount to making the case of its members, particularly in light of retired public servants having been cut loose from their former representative bodies because of the Croke Park agreement.

A key achievement of the Alliance to date is the recognition by Minister Brendan Howlin of the Alliance as a formalised structure for ongoing engagement on public service pensions. The Alliance had written to the Minister requesting a meeting.

“This represents a dramatic change in the landscape of collective action,” said Mr Blake, “by retired public servants, and it is only the beginning.”

He urged those attending to use whatever means at their disposal to make their unhappiness  clear to public representatives at being singled out as a soft target for cuts by government, and to voice their opposition to any further moves to reduce members’ pensions, particularly in light of the
upcoming local elections.

“Do not stand idly by,” he urged, “and let others do the work. Take action, be proactive and let our leaders be in no doubt that the voters have the power to change things too.”

Please keep checking garda-post.com for more about the annual seminar in the near future including more on Gerry Blake’s speech and on the talk given to the members by Dr. Maureen Gaffney. 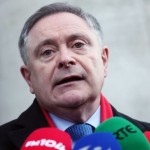 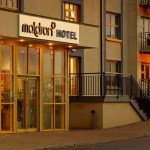