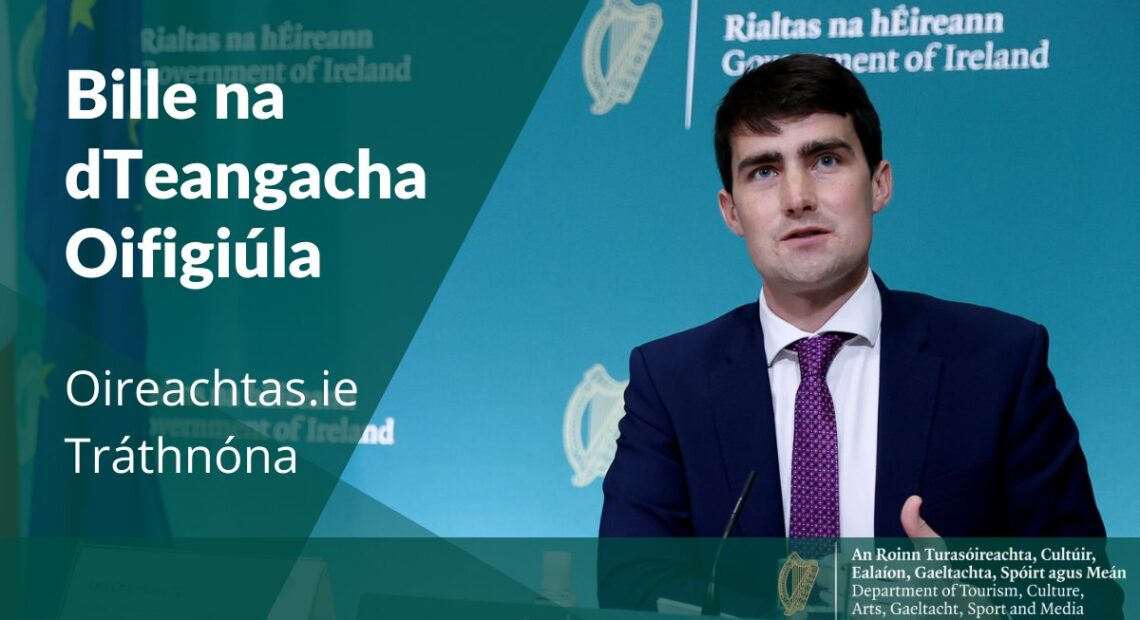 The Official Languages (Amendment) Bill 2019 has been passed through Dáil Éireann by the Government’s Chief Whip and Minister of State for the Gaeltacht and Sport, Jack Chambers TD and has been reviewed for the last time. The amendments tabled in the Dáil are further Government amendments from Committee Stage and Report Stage in the Senate, leaving only the signature of the President of Ireland now required before enactment.

All amendments to the Official Languages Act 2003 address concerns and issues raised following extensive consultation and debate and the Bill contains a series of provisions aimed at further tending to the needs of Irish speakers.

In a speech from the Minister of State Chambers in the Dáil, he said, “with this new Bill, we, as a State, have laid a solid foundation to demonstrate real leadership in preserving the language for future generations. The use of Irish at an official level is an integral part of the ongoing efforts to ensure that the language is used among future generations. The Official Languages Act was enacted in 2003 and, since then, a number of developments have taken place and legislation has come into force which is incorporated into the Bill passed by the Dáil today. Acht na Gaeltachta 2012 provided for Gaeltacht areas to be identified on a linguistic rather than a geographical basis as part of the Language Planning Process.”

“Under this process, Gaeltacht communities draw up language plans in order to increase the number of Irish speakers in the Language Planning Areas identified under the Act over a period of seven years. Many of the goals set out in these language plans depend on the availability of public services in Irish and the enactment of the Official Languages (Amendment) Bill provides the State with a statutory tool to plan the provision of those services in the long term.”

Welcoming the announcement of the Bill’s passage through the Oireachtas, the Minister for Tourism, Culture, Arts, Gaeltacht, Sport and Media, Catherine Martin T.D, said, “this is a historic day for the Irish language and Gaeltacht community. I understand the importance of the language as the first official language of the State, as a valuable part of the heritage of this island and, more importantly, as a living language in the Gaeltacht community.”

“The 20 Year Strategy for the Irish Language ties in with this new Language Bill and specific actions set out in the Strategy and 5 Year Action Plan 2018-2022 which addresses the challenges of recruiting Irish speakers to the Public Service, among other things.”

The enactment of this Bill comes at a historic time in the life of the Irish language as the derogation on the use of Irish in the European Union institutions will end on 1 January 2022 – giving the language the same status in the Union as major European languages. 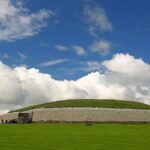 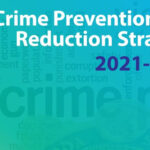