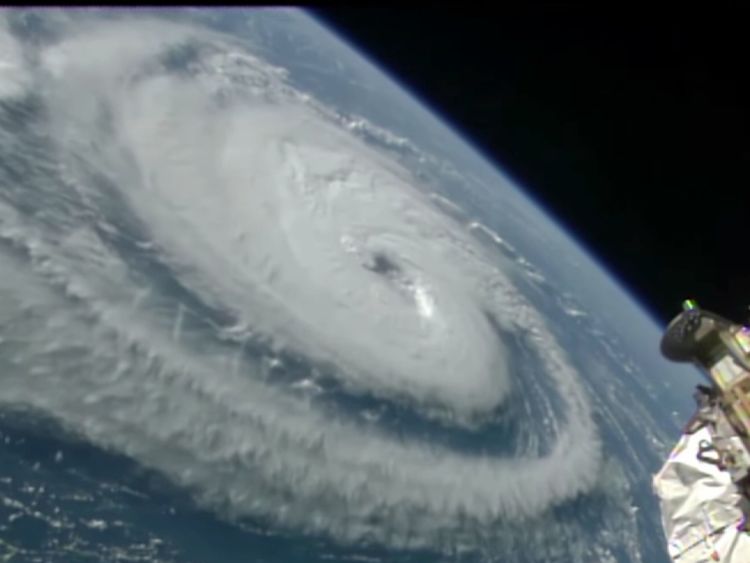 Timelapse footage from the station shows Hurricanes Lester and Madeleine in the Pacific Ocean and Hurricane Gaston in the Atlantic.

The images, which were taken from 257 miles above the Earth, show all three storms in spectacular detail – particularly the eye of Hurricane Lester. On Monday the storm intensified to a powerful category 4 hurricane, with maximum sustained winds of 140mph.

Though Lester is moving west across the Pacific towards Hawaii, it is expected to weaken to a tropical storm when it crosses the island.

However Hawaii is first expecting the arrival of Hurricane Madeleine, a category three tornado which is predicted to pass just south of the Big Island at 2am on Thursday.

If the track of the storm shifts slightly to the north it could be the first hurricane to make landfall in Hawaii since 1992. On Wednesday morning the US National Hurricane Centre said that Hurricane Gaston had increased to 120mph, but it was stationary and expected to weaken.

It was around 575 miles east of Bermuda and initially looked set to move closer to the UK, bringing with it winds of up to 90mph.

However on Tuesday the Met Office said Gaston “will decay well short of the UK”.

It added that “residual moisture” would contribute to “an unsettled spell of weather at the weekend and early next week”.

Residents on Big Island have stockpiled water and evacuated animals in preparation for the hurricane. 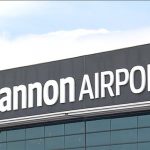 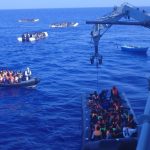